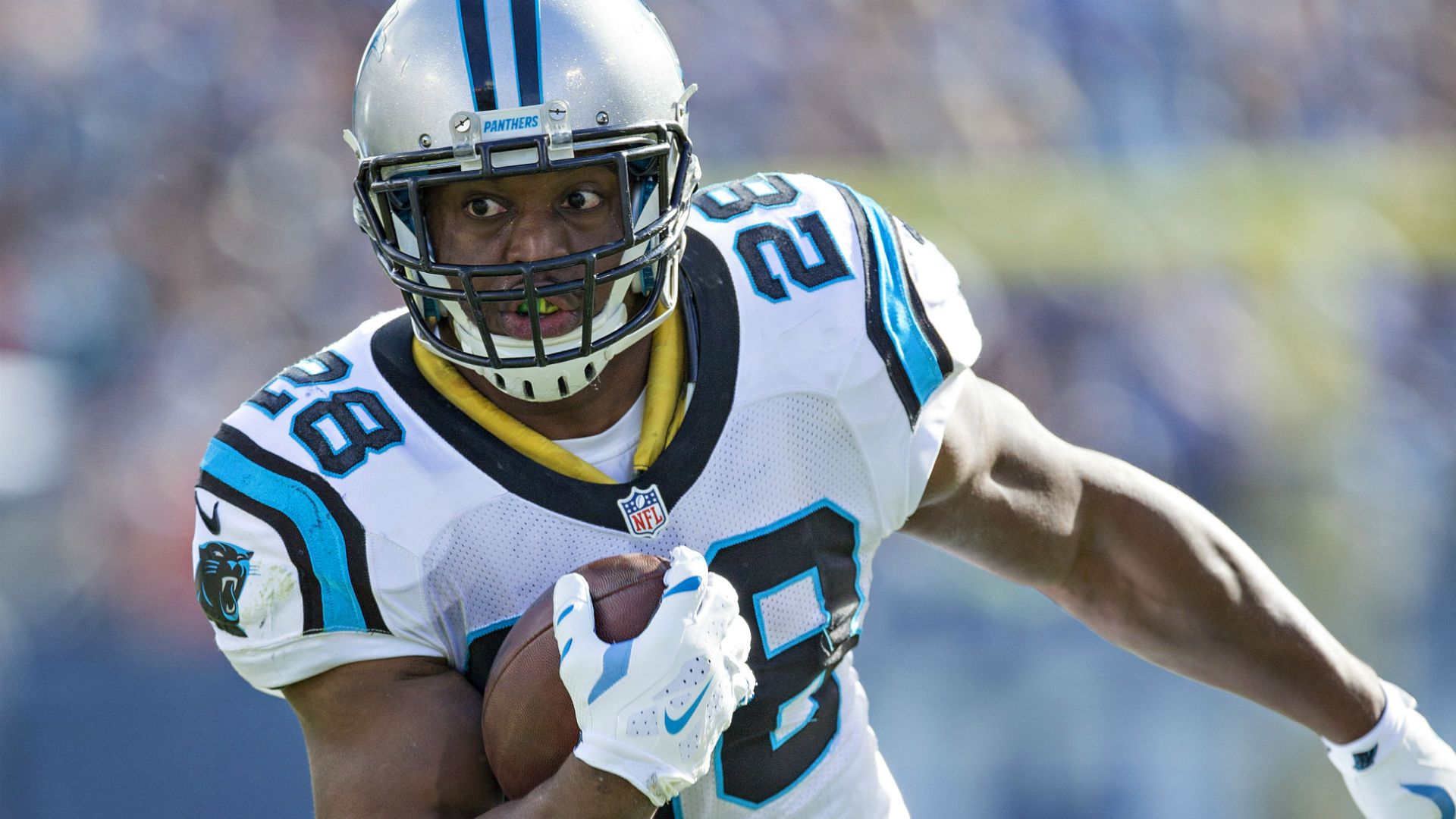 Over the last 10 seasons Johnathan Stewart has called the Carolina Panthers his home and his team. Fast forward to 2018’s free agency period, Stewart made the decision to sign with the NY Giants.

At this point in his career Stewart still feels he has something to prove in this league. Stewart is not just competing for a job but playing a roll as a mentor to second year running back Wayne Gallman and rookie Saquan Barkley.

I spoke with Stewart at the practice facility shortly before the first official practice as we discussed the mentor role, the adjustment of living up north, and the responsibility of giving back in our latest two minute drill.

Q: How do you feel about playing a mentor type role to Wayne and Saquan?

A: They are pros .. and we are all here to compete. I also try to help them with those little nuggets and dollars that I have learned over the years. I am going into my 11th season and hopefully I con contribute and help this team win.

Q: How have you handled the adjustment becoming a member of the Giants?

A: Not really an adjustment. This is a great organization but at the end of the day its just football and that’s all it is. I am going to be the best I can be and do what I can to contribute.

Q:What is the difference in the culture here in New York compared to the Panthers?

A:The difference is this is the Giants organization. The culture is that they have won championships and you feel that when you walk in to facility, on to the field, and the stadium. It is definitely different. It is a lot quicker then down in North Carolina with the traffic. It is cool to be a part of the fast life like that. The goals are clear and we want to win a championship.

Q: How important for a veteran like yourself to encourage the younger players to give back to the community?

A: Its important because it is a platform but the platform is bigger then you. Its bigger then football. Guys have passions whether its working with the youth or people going through adversity and fight through it. We are lucky to have that type of opportunity.