Taking Care of Business for the Cavaliers

Free agency has calmed down a little bit, at least until the dominoes named Kevin Durant and Kyrie Irving fall. So far, the Cleveland Cavaliers have mostly just taken care of business and re-signed their own guys. They’re in a solid financial situation, now with Darius Garland locked up, Evan Mobley years away from needing a contract and a few big numbers set to come off the books next year. They’ve made smart, quick moves, and so far at least have set themselves up well for the next few years. 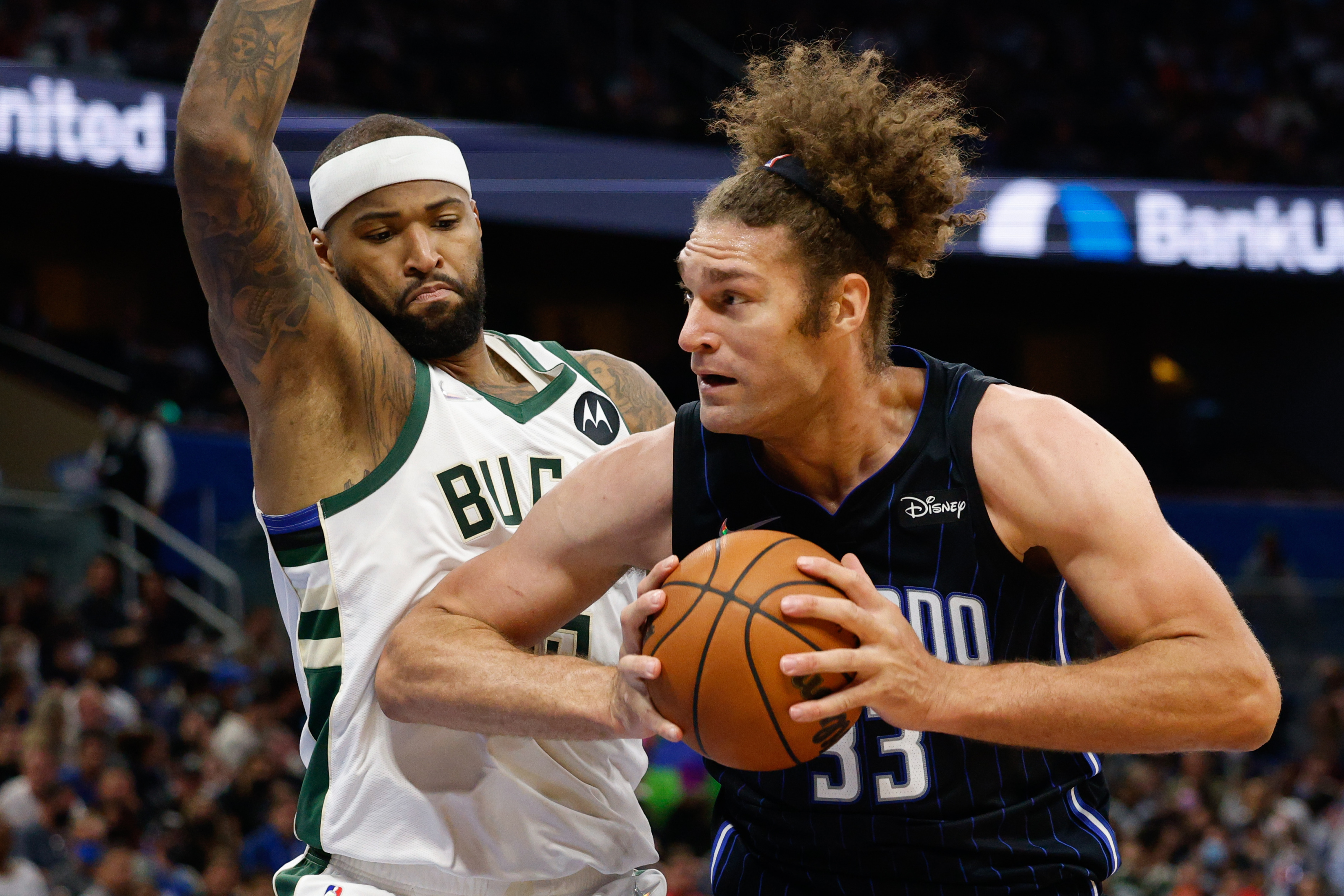 The Cavs have made just two new additions to the team this year, both rather small moves. They brought in PG Raul Neto for/1 year 2.5 million, and he’s likely to be a solid stopgap until Ricky Rubio is ready to take over the backup guard spot. Neto is coming off a mediocre Washington Wizards season where he averaged 7.5 points and 3.1 assists per game on 19.6 minutes of work. He knows where to be, how to run an offense and plays hard, so in other words kind of a perfect backup point guard.

They also grabbed C Robin Lopez on a one-year, three-million dollar deal, and like Neto he’s a good backup option at a thin position on a cheap deal. Not the type to blow you away, but one that makes you nod your head and say “Yeah, that makes sense. I like it.” Lopez is coming off a similarly non-descript season with the Orlando Magic, scoring 7.1 points per game and pulling down 3.6 rebounds (1.9 offensive) in 17 minutes of work. Good locker room guy, does the dirty things that don’t necessarily show up on stat sheets like box out and set picks, and he’ll play hard defensively too. The Cavaliers like their seven-footers, so he fits well there, and Lopez has played with Lauri Markannen before as well (with their shared 2018-2019 being Markannen’s best year) so chemistry shouldn’t be an issue.

These signings aren’t flashy, but more quality depth is definitely needed when considering how ravaged by injuries the Cavs were last year. 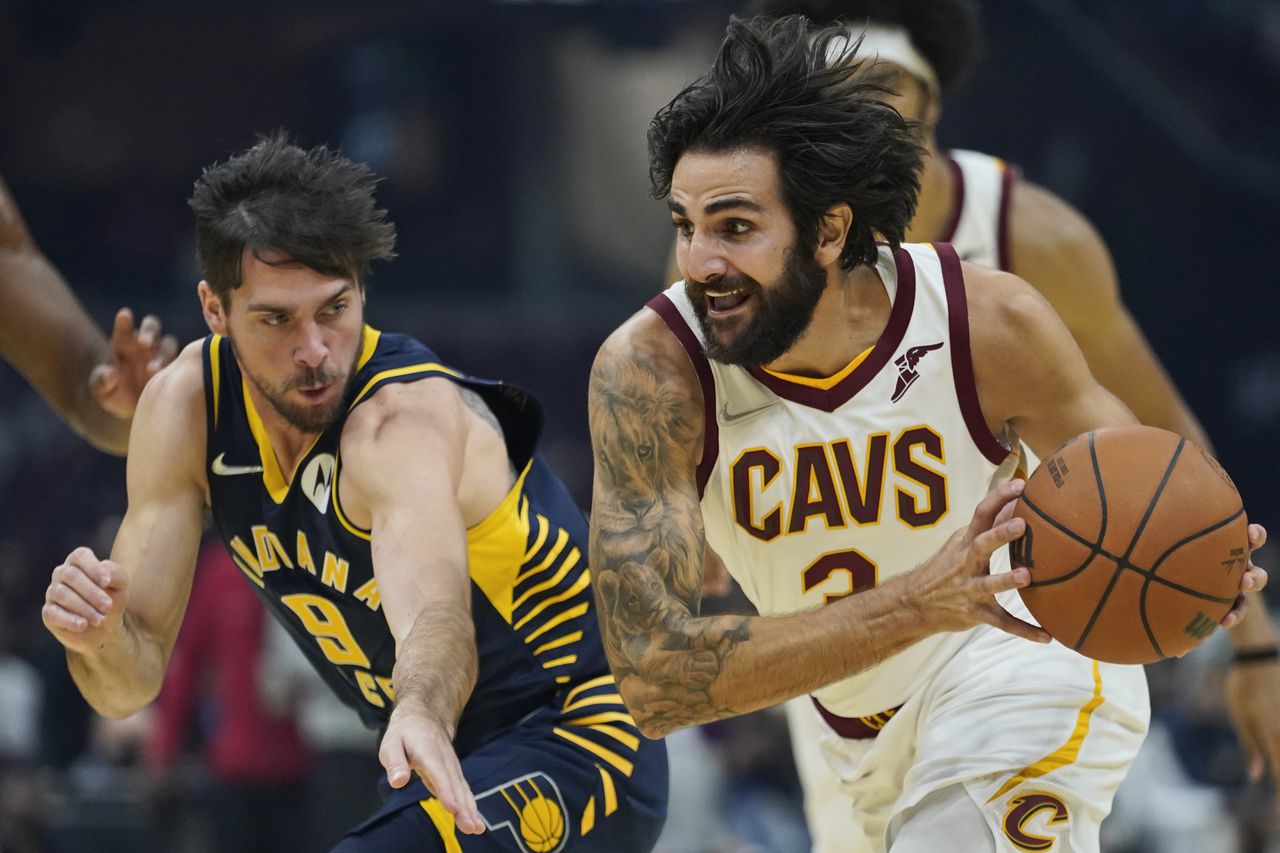 The Cavaliers also made two moves to bring back or secure guys that were on the roster last year. They re-signed PG Ricky Rubio to a three-year, 18.4 million dollar deal and similar to the Neto and RoLo signing, it’s another move that just makes sense. Rubio was having a resurgent year with the Cavs before unfortunately tearing his ACL. He was averaging a career high 13.1 points per game to go along with 6.6 assists in just 28.5 minutes of work, and just played some really high quality minutes with the Cavs. His ability to run the offense has always been great, as has his on-ball defense and it was no different in Cleveland. Letting Garland rest and still being able to run the offense at good efficiency was key for the Cavs and something they sorely missed when Rubio went down. Rubio is on the older side, and this is his second ACL tear so there could be some worry there, but it’s not like Rubio was an overwhelming athlete anyways. He most likely won’t be ready to play until half-way through the season, but that’s why Neto was signed.

Speaking of Garland, the Cavs took care of their most important business by locking Garland down for the foreseeable future, signing him to the max extension of five-years, 193 million with All-NBA escalators that could take it into 200 millions. Garland will be just 27 when the deal ends, and he proved with flying colors that he can absolutely be a franchise cornerstone. He put up 21.7 points and 8.6 assists, showing he was equally adept at setting others up as scoring himself, and most importantly he displayed the ability to get a bucket on his own when the team needed it. That’s a quality superstars have. Extending him was the obvious choice, but it’s still good to see him locked down with little to no drama. Importantly, none of those moves, except Garland but that was a foregone conclusion, really impact the Cavaliers future that much. That gives them a ton of financial freedom for next year, especially with Kevin Love and Caris LeVert coming off the books. That’s over 47 million freed up right there, although that is also when Garland’s max extension starts so it’s more like 22 million available.

The only elephant in the room is the future of Collin Sexton. He’s also coming off a season-ending knee surgery, and as many feared with Darius Garland being drafted he’s been made a bit superfluous. Sexton is a good enough scorer to start on many teams, but with Garland and Sexton both being undersized and neither being elite defensively, it’s hard for them to play together. Sexton isn’t an elite three-point threat nor much of a playmaker, which again harms his ability to play a complementary role with Garland on the floor.

He’d be better suited as a sixth man for the Cavs, but who knows if he wants that role, or if the Cavs are willing match possible deals to operate as such. Sexton is projected by many to garner somewhere between 17-20 million a year, and he’ll probably be looking for at least a four-year commitment.

The Cavaliers can go over the cap to sign him, but that runs the risk of luxury tax, and it does limit their flexibility for next year, as the space freed from Love and LeVert would be mostly gone. That’s a big reason the Cavs have been eager to explore trades involving Sexton, but that’s also being held up at least in part because of Kyrie Irving. If a team needs a score-first guard, as mercurial as he may be Irving is still one of the best pure scorers in the league, he’s probably as cheap as he’ll ever be and a team probably won’t need to commit long term to him, unlike with Sexton. That means the Sexton question might drag on for quite a bit, and he’s really the only unclear part of the Cavs game plan right now.

It’s been a clean offseason for the Cleveland Cavaliers so far. They’ve addressed many of their biggest needs (three-point shooting, playmaking and center depth) rather quickly and effectively, and they signed their franchise player to a deal that will keep him there until 2028. That’s efficient business. The Sexton specter is the last remaining piece that needs to be solved, and honestly neither decision is a bad one. Letting him walk or trading him gives them immense financial flexibility next year (LeBron?) while signing him returns an elite scorer, and money can be freed up in a couple different ways (Markkanen and Cedi Osman mostly) to possibly retain that financial power in 2023-2024. There’s been nothing to complain about with the Cavs offseason, which for a team that is trending in the right direction is a very good thing.