Will The Giants Add WR at Deadline?

The New York Giants made headlines Thursday by trading 2021 1st round draft pick Kadarius Toney to Kansas City. They received the Chiefs compensatory 3rd round pick and their 6th round pick. The Giants haven’t relied on Toney at all this year. But there was still hope that he would’ve been able to provide a level of wide receiver play that New York hasn’t received yet. Now, the attention turns back to the trade market and the free agent list. Here is a list of players that could be available that the Giants could make a play for to bolster Daniel Jones’ targets.

The Giants current group of Wide Receivers doesn’t have a whole lot of size. One player who would make a lot of sense is 2019 Kenny Golladay. Unfortunately, 2022 Kenny Golladay is widely viewed as one of the biggest busts in free agency history. A guy who reminds me a lot of 2019 Golladay is Pittsburgh Steelers receiver Chase Claypool. Claypool is the same height as Golladay, plus 20 pounds and more speed. He hasn’t been able to produce consistently in Pittsburgh. Some of that may be Ben Roethlisberger/Mitch Trubisky/Kenny Pickett problems. Claypool if the Giants are able to get Claypool for a similar cost as Toney’s return, it’s something to explore. Jeudy is obviously one of the players that teams will be calling about before the November 1st deadline. Things just haven’t seemed to click in Denver for the 2020 1st rounder out of Alabama. Sitting at 2-5, a loss to Jacksonville in London on Sunday could push the Broncos over the edge into complete sell mode. Jeudy won’t come cheap for the Giants, but he has all the talent to become the alpha receiver that Daniel Jones has lacked his whole career. It certainly seems like Carolina won’t be trading DJ Moore. But another Panther Wide Receiver who could be available is Marshall Jr. He was lost in the spectacle that was the LSU championship team behind Ja’marr Chase and Justin Jefferson. But he has all the physical tools to be a capable player in the NFL. He’s just been in the wrong system playing behind the wrong wide receivers and wrong quarterbacks. Marshall is more of a project, but the upside is huge and the cost shouldn’t be too extravagant.

Hear me out. This is not the game changer that a lot of fans are clamoring for. But Jones would add a lot to the Giants. He would bring experience, size, and reliable hands, just to name a few. Jones hasn’t been able to find the field as much as most expected when he signed with Tampa, who is in the midst of as slump after a strong start. Due to his age and limited production this year, Jones might be the cheapest option. He could most likely be obtained by just swapping late round picks. 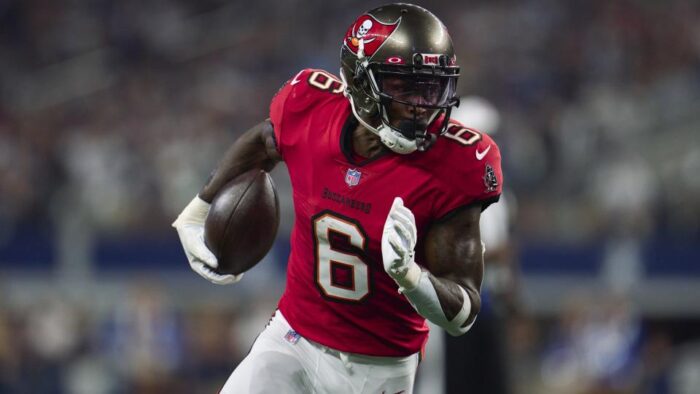 Photo courtesy of The Sporting News

Cooks is the most accomplished of any of the wide receivers who have been rumored to be on the trading block. A 1st round draft pick in 2014, Cooks has a lot of experience being traded. The Patriots traded a 1st round pick for him in 2017. The Rams traded a 1st round pick for him in 2018. The Texans traded a 2nd round pick for him in 2020. While he won’t cost that much in terms of draft picks, he will come with a 2023 cap hit of $26 million. That could scare away a lot of NFL teams. But it also may put his return value at the bottom of the barrel. At only 5’10”, he doesn’t bring a whole lot of needed size, but he brings experience, an endless route tree, and production throughout the majority of his career.

Talk about coming full circle. If you asked Giants fans who their preference is, Beckham’s name will come up more often than not. We know the lights of New York aren’t too bright for him. He’s older and (we hope) more mature. There’s also the bond with him and star Running Back, Saquon Barkley. The two have remained close even after Beckham’s departure. They also haven’t done a great job of hiding that they would be open to reuniting.

Ain’t nothing better than a family reunion!!

OBJ was a key cog in the Rams run to Super Bowl LVI, only to tear his ACL in the big game. He is said to be ready to go over the new few weeks. Not only would he bring an alpha mentality to the Big Blue Wide Receiver room, but he would bring an added energy to a fanbase that is excited for the first time in a while. 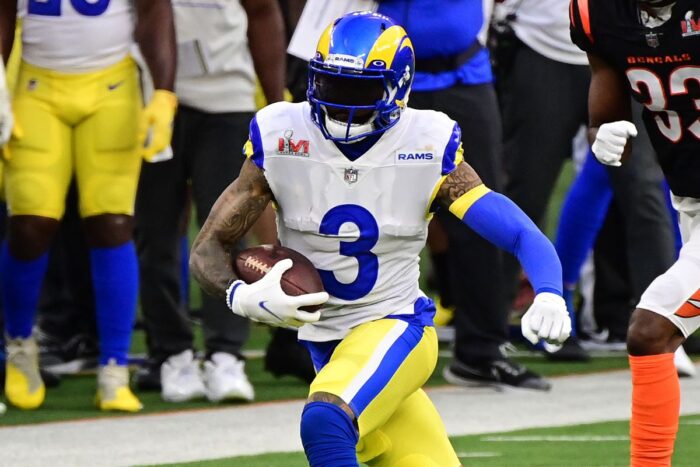 New Jersey born and bred; Sanu has the size that the Giants are looking for. He’s had issues clinging on to teams the past few years. He was released by the Dolphins earlier this year and had an unsuccessful visit to Detroit in early October. The Rutgers alum has three 700+ yard seasons in his career and wouldn’t cost more than the veteran minimum.

Fuller offers the most explosiveness of all the free agents, but certainly comes with the most risks. He has struggled with inconsistency and drops, plus served a six-game suspension for PED’s. But there’s no denying what he could bring to a team in terms of his speed.

The Phoenix Suns After Week 1
The Big Blue Report: Trick Or Treat In Seattle, KT Traded, Looking Back Against The Jags And More!!