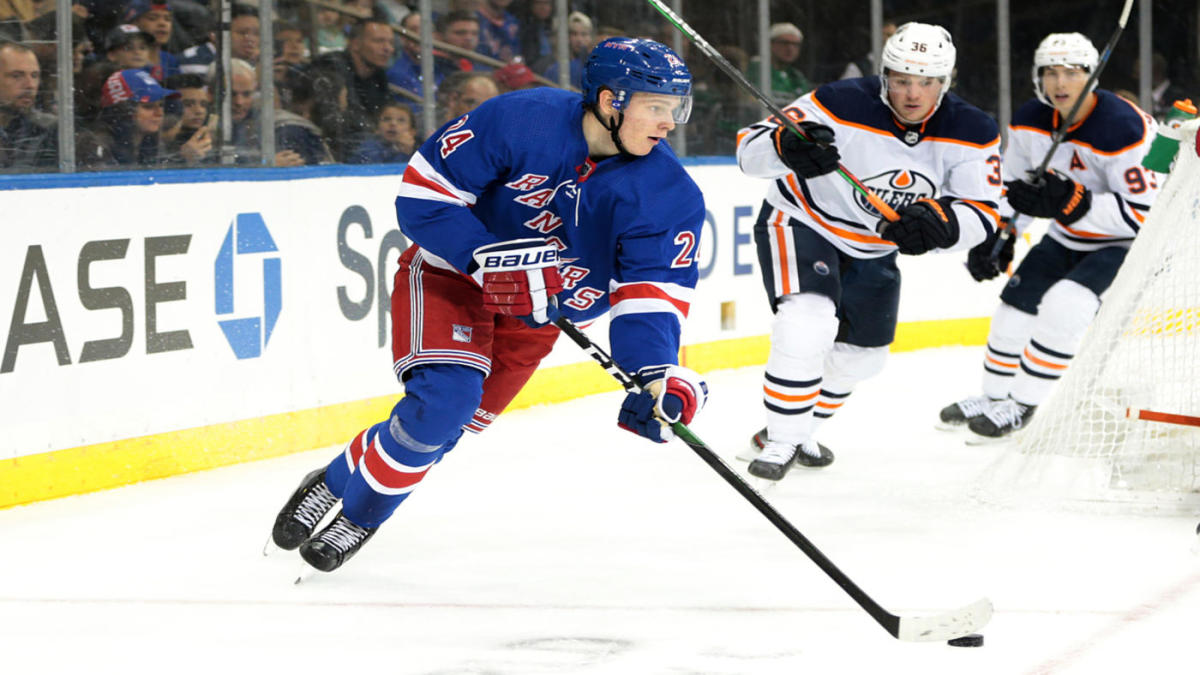 Last Sunday, rookie star Kaapo Kakko scored his first NHL goal against the Edmonton Oilers on home ice. With 18:28 left in the first period, a breakout rush by Ryan Strome began when a speedy Kaapo Kakko flew behind the Oilers defense. A great pass from Strome left Kakko one on one with the Oilers goaltender and he took a backhand shot that found the back of the net. Everyone in the Garden erupted in celebration of the eighteen year-old’s first career goal. His teammates were excited for Kakko and were congratulating him on the bench. Ryan Strome was very supportive of his team after the game.

“It’s a special moment for him and it’s something that the fans and he will never forget, that’s for sure,” said Ryan Strome. “He’s going to have a good career, so it was fun to be a part of it. And, hopefully many more at the Garden.”

After the game, Coach David Quinn had nothing but compliments to say when it came to Kaapo.

“I think there was pressure he put on himself for sure,” David Quinn said of Kakko. “You felt it in the building when he scored, right? I mean, the reaction was incredible, everybody felt so good for him. And without question, when you have all the attention on you and the focus on you, and as highly thought of as he is, I think he feels it, no matter what language it’s in. It would be hard not to put extra pressure on himself. So I think he’s very relieved that he’s got that one out of the way.”

Watching Kaako in preseason, fans already knew he was going to be a huge impact for this year’s team. Standing at 6’3, weighing almost 200lbs, he looks like a veteran player. His hockey smarts go way beyond his years at only eighteen. He plays on the second line with Chris Kreider and Brett Howden. Kakko is a flashy player. He handles the puck well with pressure and his passing on the power-play is superb. He is a key player on the power-play along with Artemi Panarin. These two move the puck around very well and look for the rocket shot on the left side by Mika Zibanejad. You can already see the chemistry these players have with only playing a handful of games so far.

This kid is going to be very special for this hockey club. He has the support of New York behind him and fans expect a lot out of him. By the looks of it so far, he is not going to disappoint the Ranger fans. All signs point to Kakko being a breakout star this season.

Jones and Murray Ready to Square off at MetLife
Tate on Giants 27-21 Loss to Cardinals: ‘Unacceptable’