Ronald Jones Jr. is Ready for a Win

Ronald Jones Jr. is many things. 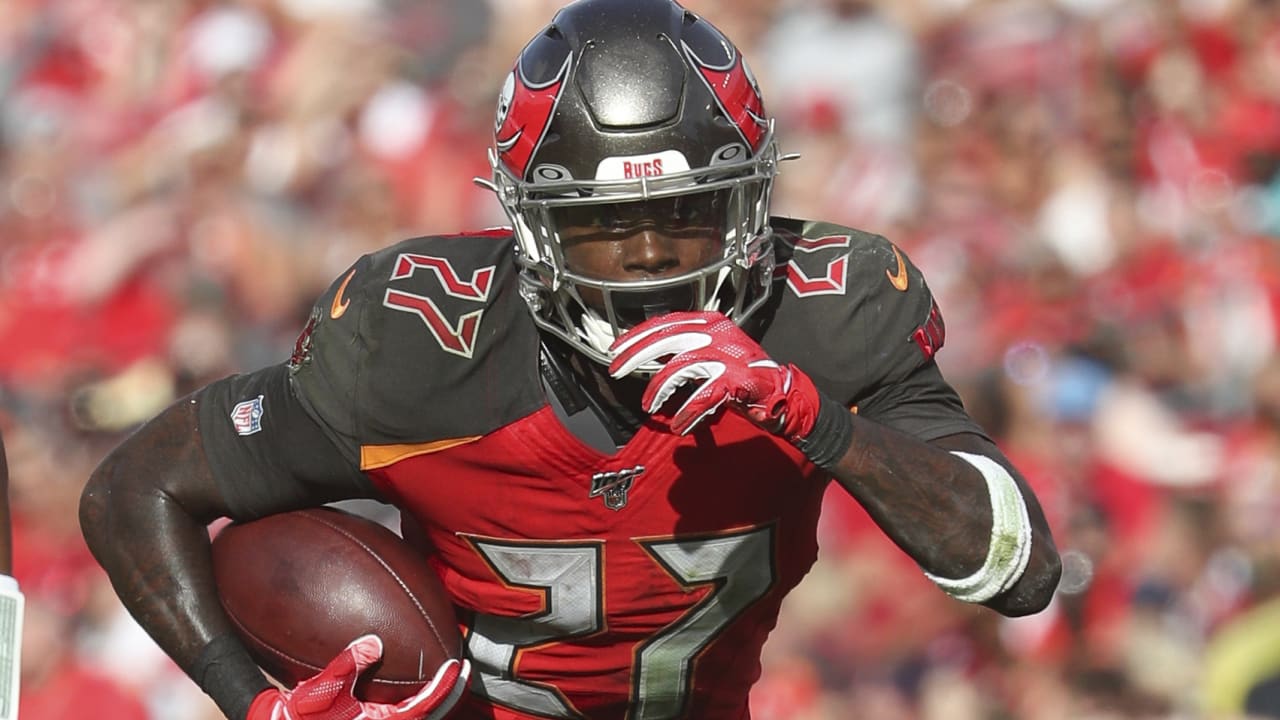 Ronald Jones Jr. is many things.

He is an alumni of McKinney North High School in Texas, where his explosive running game vaulted him into the top echelons of college football glory as a four-star recruit. He is a former USC Trojan, where he averaged 6.1 yards a carry and scored 39 touchdowns in his three-year career. He is a second round NFL draft pick and a third year Tamba Bay Buccaneer. And now, he is also a super bowl contender.

“Just one more to do it,” he said in Tuesday’s press conference. “You just gotta come out swinging.”

Regardless of the outcome of Sunday’s game, Jones Jr., at 24-years-old, has already expanded his influence outside the football world. He speaks up on civil rights issues and advocates along with his mother for The American Heart Association’s “Go Red for Women” initiative, designed to educate people, especially women, on healthy eating and lifestyle.

“Heart disease is one of the leading diseases, causes of death in America,” Jones Jr. said when asked about his role in Go Red For Women. “So this is promoting healthy lifestyle and healthy food choices.”

For now, though, Jones Jr.’s current focus is all on his game. As a third year running back, Jones Jr. is getting a Super Bowl opportunity relatively early in his career. But it isn’t a chance he’s taking for granted. He knows just how important this game will be. And he knows there are no guarantees when it comes to reaching the NFL’s biggest stage for a second time.

Of course, securing victory in Super Bowl LV will be no easy task. The Kansas City Chiefs, with last season’s Super Bowl MVP Patrick Mahomes leading their powerhouse offense, stand as the last obstacle between Jones and the Lombardi Trophy. For the young running back, the challenge means he must be even more prepared for the fight.

Jones said he spent the days leading up to the big game watching film and finding ways to exploit any weaknesses in the Chief’s defense.

One thing that makes being on the NFL’s biggest stage a bit easier for a young player like Jones Jr. is having veteran quarterback Tom Brady in the locker room. Brady, throughout his 20 year career with the New England Patriots, competed in nine Super Bowls. Now, in his first year with the Buccaneers, he’s on his way to number ten.

“Just lets all the guys know you don’t have to do anything special,” Jones said of Brady. “Nothing outside of our talent requires us to go out there and win when you got a guy like that. You know you just gotta play your part, and everything has to come together. And no one has to have the pressure. And that’s the biggest part, having that confidence.”

Whether that confidence will translate to a victory remains to be seen. But if Sunday goes the Buccaneers way, Ronald Jones Jr. will add one more title to his name: Super Bowl Champion.