Knicks Player Only Meeting Was A Success 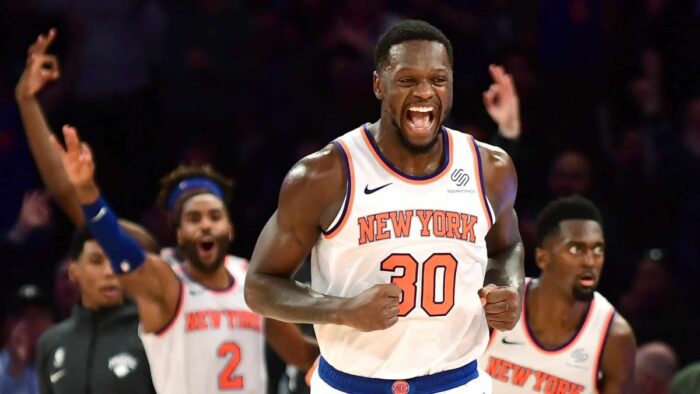 Why Was the Meeting Held?

The New York Knicks have been playing mediocre basketball as of late. After a home loss on Sunday November 13 to the Oklahoma City Thunder where they let up 145 points, something had to change. Veteran power forward Julius Randle stepped up to the plate and called for a player only meeting for a team dinner on Monday night.

What was the Meeting About?

After allowing 145 points, and having a bottom-7 defense in both points allowed and defensive efficiency, a meeting was extremely necessary. Obi Toppin and RJ Barrett said the sole purpose of the meeting was to hold each other accountable. Also that players got to know their role and step up in order to win.

What the Meeting Shows About The Team?

Affects of the Meeting

In their first game after the meeting, they defeated the Utah Jazz at home 118-111. It was an impressive victory as the Jazz are the third team in the Western Conference. Head coach Tom Thibodeau finally made adjustments and benched Evan Fournier. Although Quentin Grimes was also benched, which was an interesting move. Fournier is the worst defender on this team and arguably one of the worst defenders in the league.

After the win against the Jazz, Thibodeau stated that Fournier and Grimes did not play because he is trying to learn his team. This is confusing, mainly because only two players that are new to the team are Brunson and Isaiah Hartenstein.  Thibodeau has coached Fournier and Grimes in the past, so this is a non-issue.

Also, figuring out his team and understanding the strengths and weaknesses of his players needed to be addressed in the offseason. This should not be an issue 14 games and counting.

The Knicks play the Denver Nuggets Wednesday night on November 16 at Denver, which will be a difficult game. However, the Nuggets are without their star player in center Nikola Jokic as he entered the league’s health and safety protocols. If the Knicks can take advantage of Jokic not playing and once again click as a unit, they can be over .500 again. The last time the Knicks were over .500 was when they were 3-1.

The Rockets Double Down With Tanking
Dameon Pierce Is Beastmode 2.0