There’s a common thread here in these franchises that are winning games, given the opportunity to do things in a new, fresh, and exciting way when it comes to the Cleveland Cavaliers and the Washington Wizards.

Like Nick Saban and Bill Belichik, these two family names in NBA basketball are interwoven more than people realize.

Both came from hard-working, blue collar families in the state of Kentucky, and their work ethic is something they’ve passed down to their sons … and it shows as the Wizards are 7-3 and the Cavaliers are 7-4 after strong wins last night against the Milwaukee Bucks and New York Knicks, respectively. 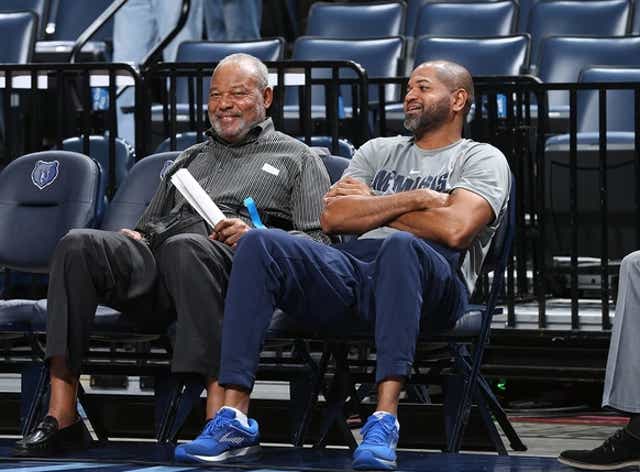 The patriarch of the Bickerstaff family – Bernie Bickerstaff – has been a fixture in Washington, San Diego, Denver, Seattle, St. Louis, Charlotte, Chicago, Portland, L.A., and Cleveland, where he currently serves as a basketball advisor to the Cavaliers, and his son, J.B. Bickerstaff.

Bernie’s championship ring is from when he was an assistant coach in Washington, with the late Wes Unseld’s Washington Bullets.

J.B.’s Cavaliers are mere percentage points behind the Chicago Bulls, only because they’ve played 11 games and the Bulls have played nine. The Cavaliers are sitting at 7-4 after last night’s win in New York. The only teams better record-wise are Philadelphia, Miami, Brooklyn, Washington, and Chicago in the Eastern Conference, and Golden State, Utah, and Dallas in the West.

But it’s tough to say – outside of Philadelphia – who’s playing basketball with more heart right now outside of Cleveland.

Jarrett Allen (14.9 points, 11.6 rebounds, 1.6 assists) has to be the leading candidate for the NBA’s Most Improved, far outplaying the warm, cuddly candidate that was to be Denver’s Michael Porter, Jr., who has horribly disappointed. 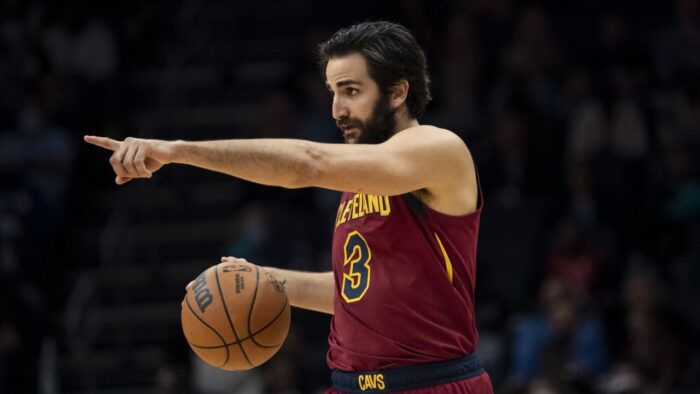 Factor in that Ricky Rubio (13.7 points, 3.7 rebounds. 6.8 assists) – who should have been a New York Knick – is flourishing this season with career numbers in Cleveland and was the high point man not only in last night’s win against the Knicks, but in the league for the evening.

And while it’s been rumored for a couple of years that Darius Garland was going to be Collin Sexton’s replacement, both have upped their games under Bickerstaff’s leadership, with Garland averaging 15.4 points. 2.3 rebounds, and 7.6 assists, and Sexton at 16.0 points. 3.3 rebounds, and 2.1 assists. Sexton, out of Alabama, has a year longer in the organization than Vanderbilt product Garland.

Then there’s Kevin Love – brought in to ‘superteam’ with LeBron James, but left behind almost as an afterthought when James bounced to the Los Angeles Lakers. Bickerstaff has found a role for Love off the bench at 9.9 points a night, though he did lead the team with 22 points in a win at Denver, and was the high rebounder in losses against Charlotte and Phoenix.

Credit Bickerstaff, whose style and leadership – while different than his dad’s – is working in Cleveland after tough runs in Houston and Memphis, where he wasn’t allowed to be the hands-on guy as much as he is in Cleveland.

It’s working. It ain’t broke. So let it be and see what the young man can do based on his success thus far.

The other name in that equation is Wes Unseld, Jr., who is also a son of greatness – the legendary Wes Unseld, who was a staple in the D.C./Baltimore area his entire career (1968-94), as player, coach, general manager, and vice president of the Washington Bullets/Wizards.

In fact it was the former NBA Rookie of the Year, five time All Star, NBA Champion, and NBA Finals MVP Unseld who brought Bernie Bickerstaff in to coach the Bullets in 1997.

Bloodlines run just as deep in the Unseld family as they do in the Bickerstaff family, as Wes Unseld, Jr. has the Wizards 1.5 games ahead of Bickerstaff’s Cavaliers in the East, sitting at 7-3 after 10 games, including a thorough beating of the reigning champion Milwaukee Bucks last night at Capitol One Arena. 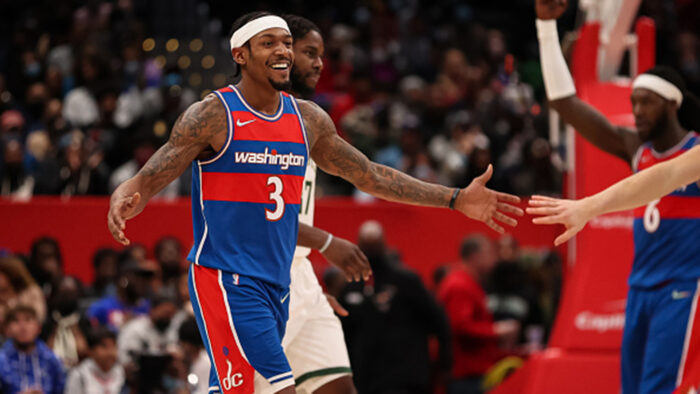 The Wizards have seen so many gains that, for the first time in recent memory, Bradley Beal (24.2 points, 5.3 rebounds, 5.4 assists) is averaging just above his career numbers line, the onus isn’t just on his shoulders, and he isn’t window shopping the rest of the NBA (you had your chance this summer, Lakers – you grabbed the wrong Wizard).

Beal is having his best year with viable teammates – other than his 2018-19 campaign – before he became a solo act 32 games into that season. His numbers in 2019-21 (30.5 and 31.3 points, respectively) reflect that it was all on him after John Wall’s injury and departure.

Kyle Kuzma has also had a nice bounce back season in his first 10 games with Washington. Kuz is averaging 14.1 points, a career-high 9.5 rebounds, and 2.1 assists. Montrezl Harrell is also feeling more love and appreciation in Washington than he did in his stint as a Laker, this being more like the best season he had as a Los Angeles Clipper, at 17.7 points, 9.1 rebounds, and 1.8 assists.

With these journeymen flourishing under Unseld, Jr. you know he’s doing his dad’s legacy right, and Big Wes is smiling down from up above as the Wizards continue their journey of success.

And overall, for the first time in a long time, it feels good in D.C. and in Cleveland. 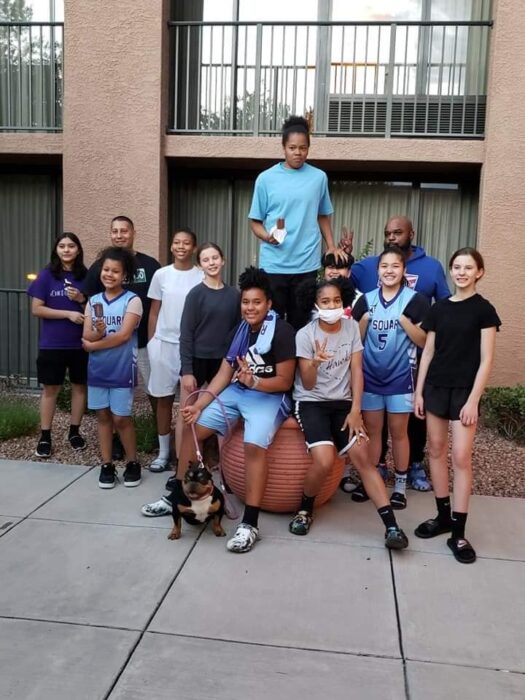 As for Bernie’s namesake – Bernard Bickerstaff, Jr. – he’s also got a winning tradition going in Denver, guiding young women to basketball success, and setting them on their course to scholastic achievement, basketball success, and their various paths to further achievement in life, sports, and beyond. And – like his father – is one hell of a dad.

It’s ironic, but not out of the realm of sensibility, that both Bernie Bickerstaff’s and Wes Unseld’s wives … are teachers.

It’s in the blood.

NOTE: It all comes together under one roof for a brief moment in time this Wednesday night at Cleveland’s Rocket Mortgage Fieldhouse, when the Bickerstaffs and Unselds get together to see what shake’s out; catch a great game that night – forget Cade Cunningham versus Jalen Green – or at least DVR it.

NEXT UP
Nets at Bulls – Tonight
Raptors at Celtics – Wednesday

NEXT UP
Hawks at Jazz – Tuesday
Nets at Magic – Wednesday 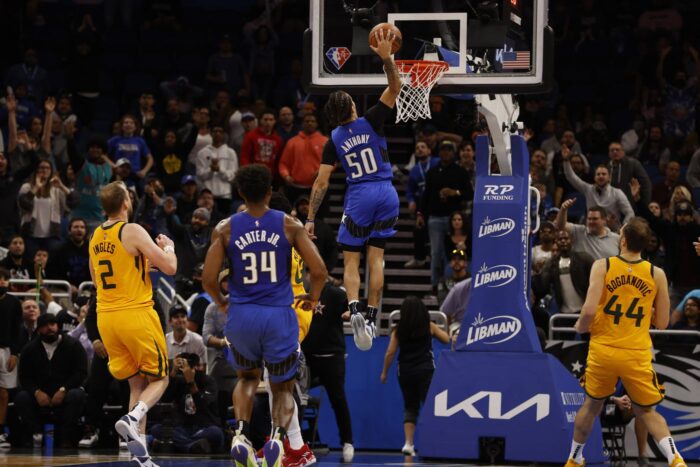 NEXT UP
Suns at Kings – Tonight
Pacers at Nuggets – Wednesday

NEXT UP
Bucks at Sixers – Tuesday
Wizards at Cavaliers – Wednesday 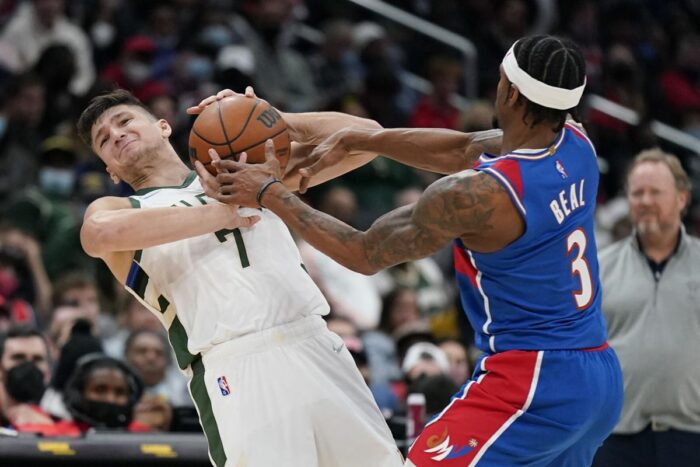 NEXT UP
Knicks at Sixers – Tonight
Wizards at Cavaliers – Wednesday 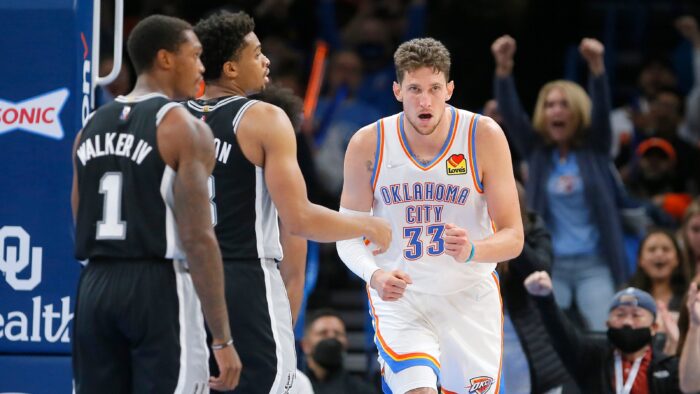 NEXT UP
Hawks at Warriors – Tonight
Pistons at Rockets – Wednesday

NEXT UP
Hornets at Lakers – Tonight
Blazers at Clippers – Tuesday 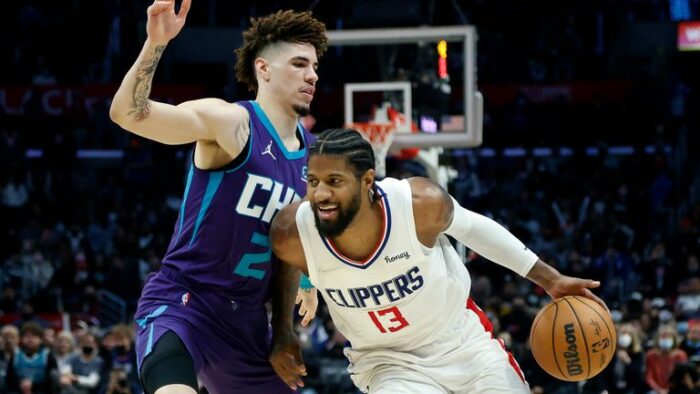 The Rundown v110721 – This Was the NBA Finals I Wanted to See, Fantastic Finishes in Dallas and Denver
The Rundown v110921 – Currying the Load, the Family Name, and Competition in the Name of Brotherly Love