NJPW Star Turns Up at AEW 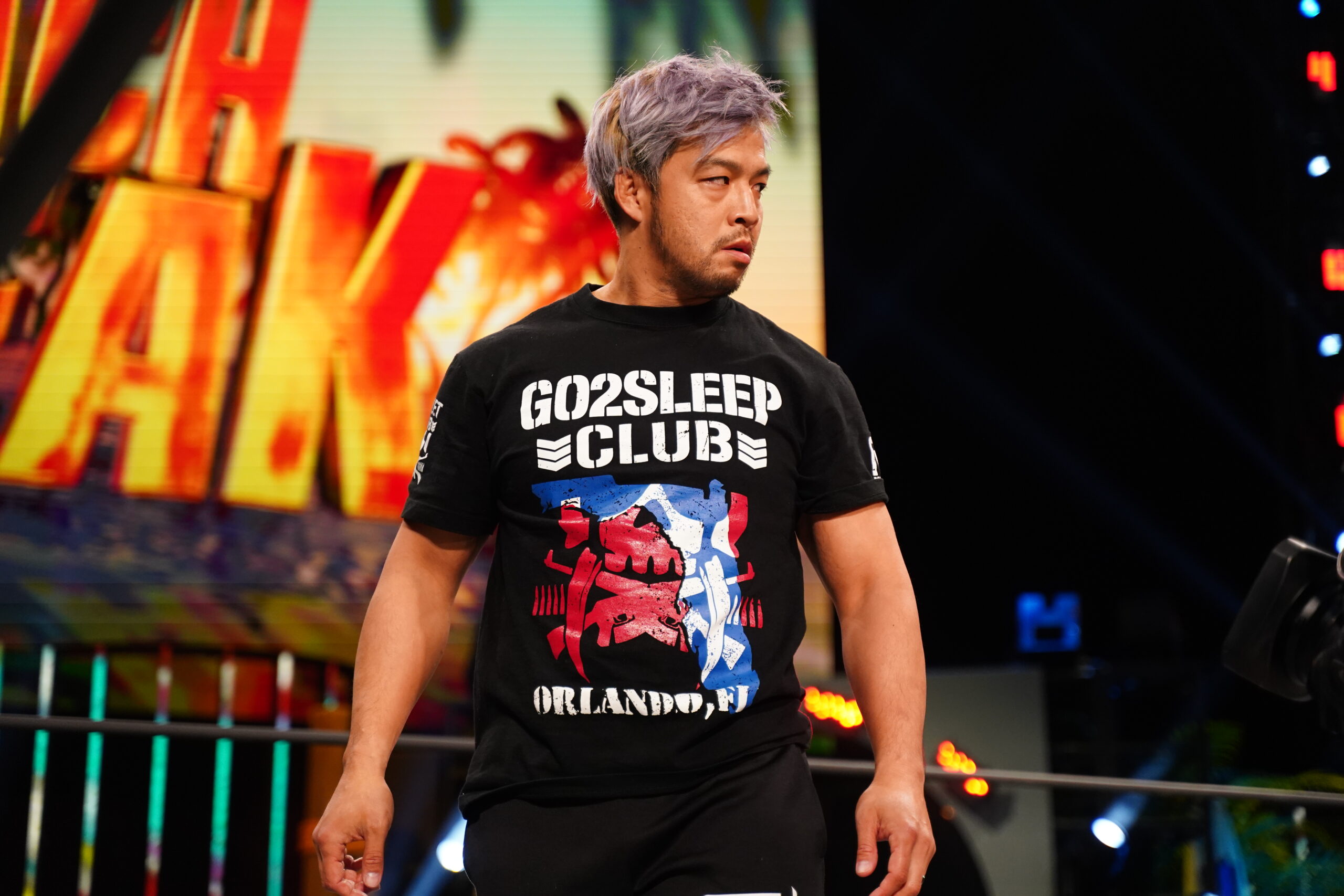 Despite showing them exactly how to do it, wrestling fans had a difficult time trying to go to sleep after KENTA appeared at Beach Break.

The main event at Beach Break was an energizing match after a room temperature show. The AEW World Champion Kenny Omega teamed up once again with The Good Brothers (Doc Gallows and Karl Anderson) to close the show. Across the ring were two members of Death Triangle in PAC and Rey Fenix, and former champion Jon Moxley. The 13 minute brawl featured it all. The Good Brothers provided solid tag team wrestling, Moxley, PAC and Omega brought their hard hitting styles and Fenix contributed his beautiful aerial sequences that are almost unrivaled. However, it was a surprise after the match that has fans around the world talking about.

Fenix’s performance was the highlight of the match. He was bouncing around the ring throughout the match almost as if that match took place inside a video game. Roughly five minutes into the match, Moxley gave Fenix a hot tag, who immediately slapped the air from Omega’s lungs. Then, in one fluid motion, leapt through the ropes and brought down the champion with a “step-in ‘rana” to quote commentator Excalibur. Trying to slow down the high-flyer, Gallows stepped inside the ropes. But he had an exclusive meet and greet with the feet of Fenix, who landed four kicks in under four seconds. Anderson caught Fenix off guard and threw him into the ropes, arguably where Fenix does his best work.

Things turned back into Fenix’s favor as he launched himself 10 feet above the ring before crashing down onto Anderson. Omega tried to deliver a power bomb, but Fenix wriggled free. Then he almost had the champion booking an appointment with Dr. Britt Baker from a thrust kick to Omega’s teeth. Next, alongside PAC, the duo hit synchronized Arihara moonsaults to The Good Brothers outside the ring. In less than a minute, Fenix made a claim to be a champion one day. Whether he chases the World Championship or TNT Championship, he is certainly more than capable enough to hold the belt.

There was so much action in the match that it is just something that you need to watch for yourself. It would be an impossible task to do enough justice for all the performers in the ring. But what shook the wrestling world occurred after the bell.

After hitting the Magic Killer on Fenix, Gallows, Anderson and Omega decided to continue laying kicks into their opponent. Moxley, not one to back away, crawled back in to try and rescue his partner but was instantly converged on. Lance Archer, who has teamed up with Fenix before, ran down to the ring and cleared out The Good Brothers. Only Moxley and Omega were left in the ring.

Moxley, getting to his feet, was poised over Omega, ready to unleash his pent up fury. His ire originating from December when Omega cheated to defeat him for the championship. Behind him, a masked man slid into the ring and leveled Moxley with a forearm to his head. The assailant removed his head gear and revealed he was none other than the number one contender for Moxley’s IWGP US Championship, KENTA.

KENTA, the New Japan Pro Wrestling star, revealed his Bullet Club shirt underneath, then struck Moxley with his “Go 2 Sleep” before exiting the ring. He decided to repay Moxley, who showed up at NJPW STRONG less than a week before and attacked him. The men have an upcoming match for the IWGP US Championship on February 26 later this month.

KENTA’s appearance marks the beginning of a working partnership between New Japan and All Elite Wrestling. Of course, things are still up in the air with the global pandemic. With KENTA residing in Orlando, their collaboration during Beach Break was an easy first step. It seems like the next one is going to be a Falls Count Anywhere match February 10. The team of Kenny Omega and KENTA against Jon Moxley and Lance Archer. Even before the relationship between the two companies was confirmed by Dave Meltzer on Wrestling Observer Radio, fans have been fantasy booking stars from each promotion facing off since the inception of AEW. Now, their dreams might become reality.