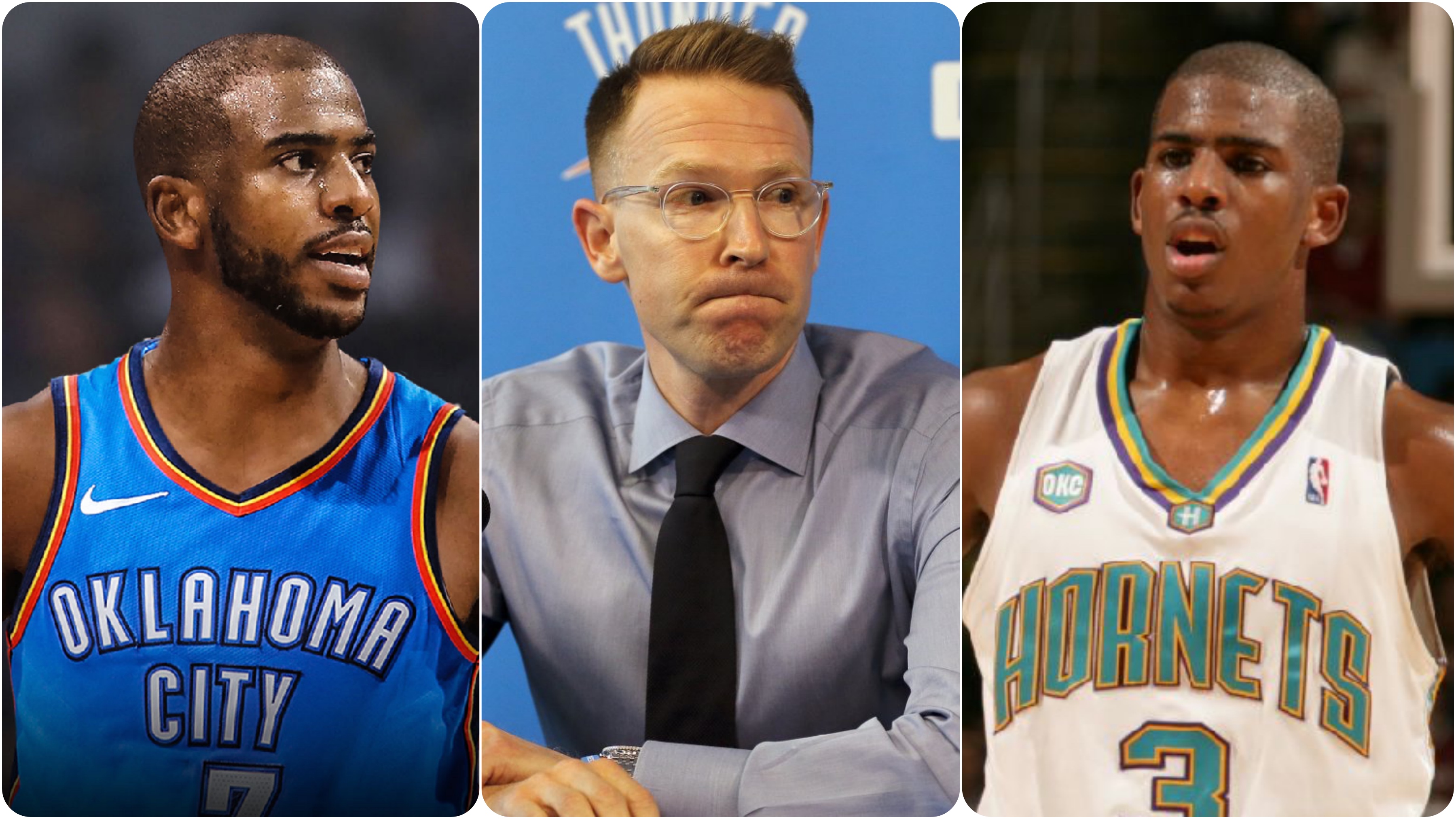 Sam Presti has his hands full as he needs to fill some very big sneakers in Oklahoma City.

What to Expect: … and then there were none.

It’s official – everyone that was originally a Seattle Supersonic is now gone from the Oklahoma City Thunder and that gives me a heavy heart; not only because I followed the Sonics and Blazers as a kid growing up in Portland, Oregon, but because I also spent five seasons in the Thunder locker room and practice facility. It’s sad. So what do I expect? I expect to see a dip in attendance. I expect to see jersey sales plummet. And in the (hopefully short amount of) time that the Oklahoma City Thunder allow that to happen, I expect to see general manager Sam Presti get busy working the 17 draft picks he acquired in the dismantling of the beloved Thunder this summer. 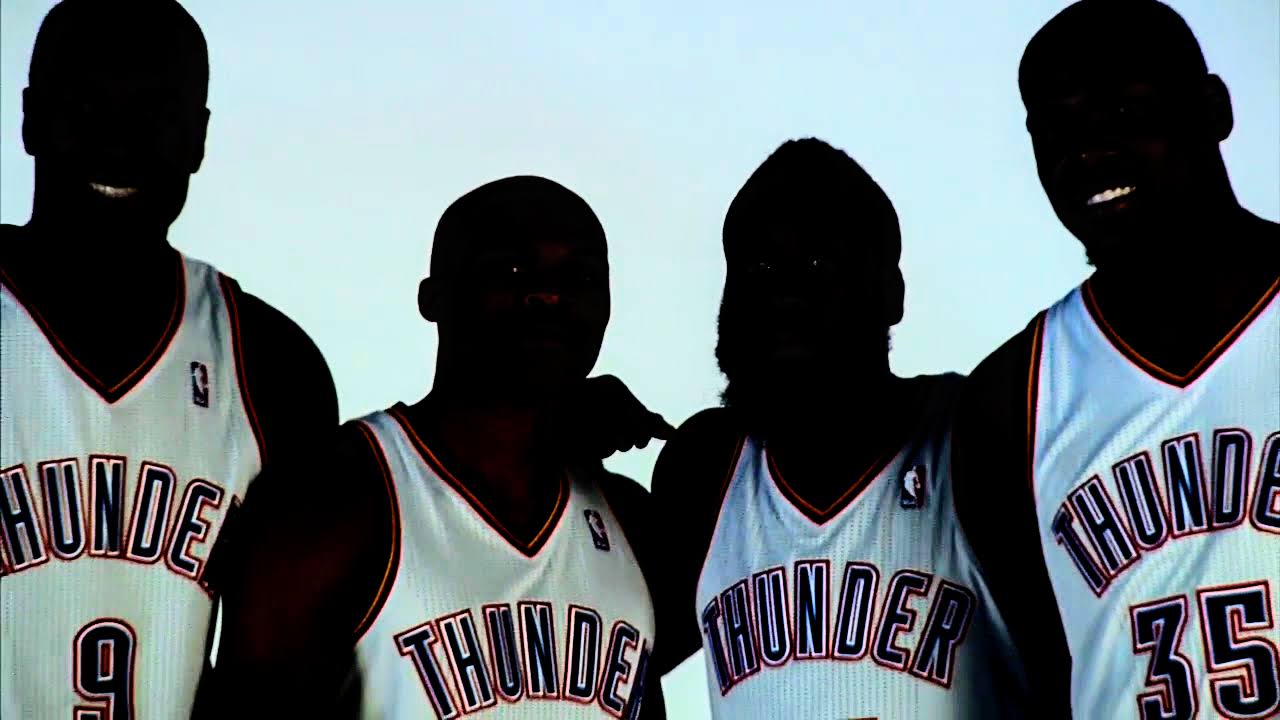 Strengths: When Hurricane Katrina displaced the sports teams of New Orleans, Oklahoma City became a beneficiary in having a viable basketball team to give local denizens a taste of winter month sports. Before that, Oklahoma was all about the Oklahoma Sooners, The Oklahoma State Cowboys, tornadoes, farming, and little else – honestly, in about that order. When the New Orleans Hornets flew into town, OKC welcomed them with open arms. Chris Paul, then the young future of the Hornets, became a fan favorite and media darling. Fitting, that in the trade that sent Russell Westbrook to Houston to team once again with James Harden, that Paul lands in Oklahoma City (though it remains to be seen that he stays very long). That is the one heartstring that the Thunder may still have with these football-minded fans. And it’s not like the Sooners or Cowboys stink at what they do. As of today, the University of Oklahoma football team is 4-0 with possibly a third consecutive Heisman Trophy candidate guiding their offense.

Weaknesses: Andre Roberson is brittle. Dennis Schroder is about as inconsistent as he was in Atlanta; but then again, he was playing behind Mr. Triple Double since he he came over from the Hawks. Eighty percent of the rest of the roster looks like a who’s who of the G League. Shai Gilgeous-Alexander looked great as a Los Angeles Clipper last year, but now he’s being handed the mantle, so we don’t know yet where his leadership ability is.

Top Offensive Player: This will be a huge year for Steve Adams, who by default is now the cornerstone on this team, though it wouldn’t surprise me to see him dealt before the season’s over. He can increase his value with strong leadership and play, but that’s dependent on the inexperienced cast of characters that surround him during training camp and beyond into the season. Gilgeous-Alexander will get his numbers, but it’s got to be more than a two-man show if they want to keep The ‘Peake as loud and energetic as it’s been since the Sonics came to town and became the Thunder.

Top Defensive Player: Again, Adams’ to lose here. The kid has gotten bigger and better every season, dropping 13.9 points per game through 80 games last season, 9.5 rebounds and 1.6 assists, while shooting 59.5 percent from the field last season.

Top Playmaker: Gilgeous-Alexander’s numbers from his rookie season don’t jump off the page at 10.8 ppg, 2.8 rpg, and 3.3 apg. His numbers at Kentucky were slightly better at 12.8 per, but he was a late bloomer, making his mark in the SEC Tournament and into the first two rounds of the NCAA Men’s Tournament. This will be a HUGE opportunity for the young man who played high school ball down the road from me in Chattanooga, Tennessee.

Top Clutch Player: This can be anyone’s mantle to step up and claim. Personally, the man to save the franchise isn’t Chris Paul – it’s Sam Presti. Mid-season moves have to be almost mandatory to keep people’s interest in OkCity. I get it, they’re rebuilding, but I’ve seen the community of Moore with more to do on it’s plate back in 2013, and he’s going to have to move faster than that. This can’t be a 3-5 year rebuild. Paul’s contract will hamper that, which is how I know he’s a loaner and will be a short-term sentimental favorite.

Best Addition: I like getting Gilgeous-Alexander in the fold for the now and the future. However, Sam Presti’s work is far from over. And if you know Presti, he’s not one to sit idly by. So I doubt those picks sit in his back pocket as long as Danny Ainge’s did when he accumulated 11 a few years back. The best addition to this team is yet to come – likely during the season. In the meantime, I’d like Gilgeous-Alexander to surprise me. Maybe he and Hamidou Diallo can bring back some UK memories for me.

Burning Question: I feel Billy Donovan should have been fired last season, especially since they chose to clean house. You don’t clean a house halfway – you clean it all the way. And a 1-4 collapse at the hands of the Blazers is simply unacceptable, especially since you were in the Top Three of the Conference for the majority of the season. Young men need the leadership of a Larry Brown. Sorry, Billy – but my burning question is, can you coach?