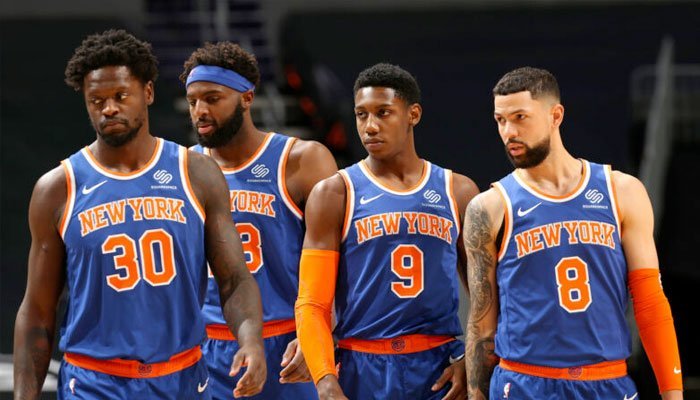 Will the Garden Bloom Again?

After a long-awaited playoff win in 2021, the New York Knicks have struggled on the court with issues like having an all-star player underperform, lack of direction at point guard and injuries. The Knicks finished 11th in the Eastern Conference and struggled with injuries and lineups. RJ Barrett became a 20-point scorer for the first time in his young career. Mitchell Robinson was excellent as well and was rewarded this offseason with a new contract.

The regression of Julius Randle was the difference between these past two years. He has played inefficiently and is not in the same form as the year the Knicks made the playoffs. The Knicks decided to address this point guard issue this summer, signing Jalen Brunson to a massive contract with the team. Adding a player who performed as well as he did on a big stage is huge for the Knicks and shows that they are trying to expedite this rebuild. This season the Knicks look to be in the mix to have another postseason game in Madison Square Garden. 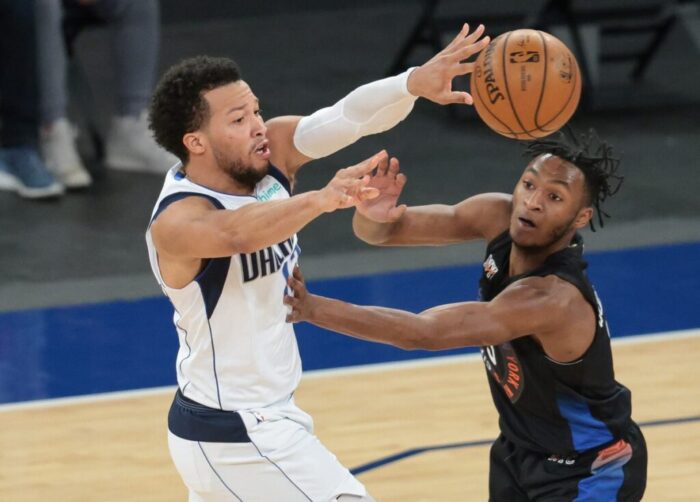 The Knicks went all in this offseason to acquire Jalen Brunson. In January, the Mavericks had a chance to sign Brunson to a four-year, $56 million contract. However, they declined the extension and extended other players like Dorian Finney-Smith. In the second round of the playoffs, in Luka’s absence, Brunson averaged 27.8 points, 4.8 rebounds and 4.2 assists.

He averaged 21.6 points per game throughout the playoffs, and he showed that he could be the primary scorer on a team that won a playoff series. He has deep ties with the Knicks organization, as Team President Leon Rose was his former agent, and his father Rick Brunson was hired as an assistant. The Knicks signed Brunson to a 4-year, $104 million contract. He is being paid to claim a role that the Knicks have not had for a while, a true starting point guard.

Derrick Rose will be the 6th man and leader for the second group. He has been great on the court, however he only played in 26 games this last year. His health is essential to the success of the Knicks. Immanuel Quickley and Miles McBride are both young point guards that have shown their unique skill sets in the season. Quickley is automatic offense off the bench and uses his deadly step back and floater.

His game is reminiscent of other great scorers off the bench like Lou Williams and Jordan Clarkson. McBride averaged over 2 steals in Summer League this year; he is tenacious on the defensive end. McBride is only 21 and has the length and ability to be an elite defensive player.

The Knicks have some uncertainty surrounding the Shooting Guard position this year. Last offseason, the Knicks signed Evan Fournier to a 4 Year, $77 Million Contract. He was average at best last season, averaging 14 points a game. His performance was inconsistent, and he struggled on the defensive end.

The Knicks may have concern starting both Fournier and Brunson, as they are both below average defenders. Size may also be an issue as you’d want an elite defender with Brunson who is only 6’ 1”. A backup Shooting Guard has seen their stock rise a lot this summer.

Quentin Grimes had an incredible performance in Summer League averaging 22.6 points per game while earning first team honors. He looked much more confident in his 2nd season, as he showed his ability as a playmaker and shot extremely well. Last season, he shot nearly 40% from three, a mark that he also hit in college.

He is also very good on the defensive side and could be a true 3 and D player for the Knicks. However, he is still very young, and Head Coach Tom Thibodeau is usually averse to playing younger players. 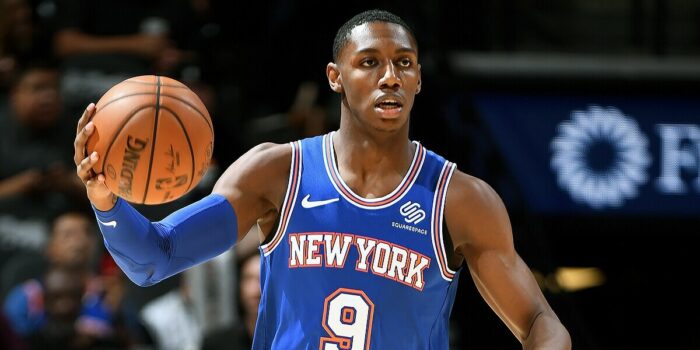 RJ Barrett’s development is key to the future of the Knicks. Barrett was selected 3rd overall in 2019 and has topped his scoring every season. Last year, Barrett averaged 20 points, 5.8 rebounds and 3 assists. He was even better over the second half of the season.

After December, Barrett averaged 23.4 points a game and was better at getting to the free throw line. Barrett has an important role on the Knicks as he enters his contract year. This incentive along with a poor last season for the team, Barrett is expected to still have a prominent role in the offense. Even with the addition of Jalen Brunson.

The backup Small Forward for the New York Knicks is former top 10 pick Cam Reddish. Reddish was a teammate of Barrett and Zion Williamson, on one of the most talented teams in Duke history.

Reddish has struggled with injuries in his career and was traded to the Knicks last season. He suffered a shoulder injury and appeared in only 15 games for the Knicks. He is a natural scorer and at only 22 years old, he can still develop into a very productive piece.

In 2021, Julius Randle averaged 24.1 points per game, 10.2 rebounds, and 6 assists. Leading the Knicks to their first playoff win since 2013. Last season, Randle disappointed after such an incredible year. His numbers are not awful averaging 20 points per game and 9.9 rebounds. However, his efficiency was way down, especially his shooting from 3. Randle getting back to that 2021 form is essential to the Knicks fighting for a playoff spot.

Obi Toppin was the 6th overall pick in 2020 and performed very well in increased minutes last year. The high-flying power forward made his name with great hustle and gravity defying dunks. He shot over 53% from the field and was instant energy off of the bench. His length and speed also allow him to guard multiple positions and he appears primed to have a more substantial role in the offense this season. Feron Hunt was signed to a two-way contract this year, he averaged 11 points a game in Summer League after going undrafted last season.

This offseason, the Knicks extended their 2018 second round draft pick, Mitchell Robinson to a 4-year, $60 Million Contract. Robinson struggled early on with his conditioning but played nearly a full season and shot an astounding 72.2% from the field. He was fourth in the league in blocks per game and will continue to be a great rim protector for the Knicks. His freakish wingspan and size allow him to disrupt nearly every shot in the paint. His ability to play big minutes will be loved by the defensive minded Thibodeau.

This offseason, the New York Knicks signed Isaiah Hartenstein to a two-year, $16 million contract. He was a very good rim defender and shot 46% from three, on low usage. He was one of the most solid and productive backup centers in the league last year. Robinson is a great center, but he has yet to play more than 28 minutes per game in a season. Hartenstein will definitely get the ability to showcase his skills. This July, the Knicks signed Jericho Sims, a former two-way player, to a three-year contract. Sims has an absurd 44.5 inch vertical and has showed flashes with incredible dunks and blocks.

The Knicks have a lot of variables that will determine their record this year. The main one is whether Randle can return to his performance two seasons ago. He will need to be more efficient, however a lot of ball handling pressure can be removed from him with the signing of Jalen Brunson. With the signing of Jalen Brunson, the Knicks hope to have solved the long-standing issue of the absence of a true starting point guard.

He is being paid as an elite point guard, and he was when Luka Doncic was not on the court for the Mavericks. He is a small point guard and may struggle on the defensive end. For this team to compete they need to be lucky with injuries. Especially with Mitchell Robinson and Derrick Rose, both players who have missed large portions of time in recent history. Barrett’s development can take this team into the playoffs if he can continue to a 23 point per game scorer and take pressure off Randle. Given these questions are answered and with good health, the Knicks have a shot for that 7th or 8th seed.