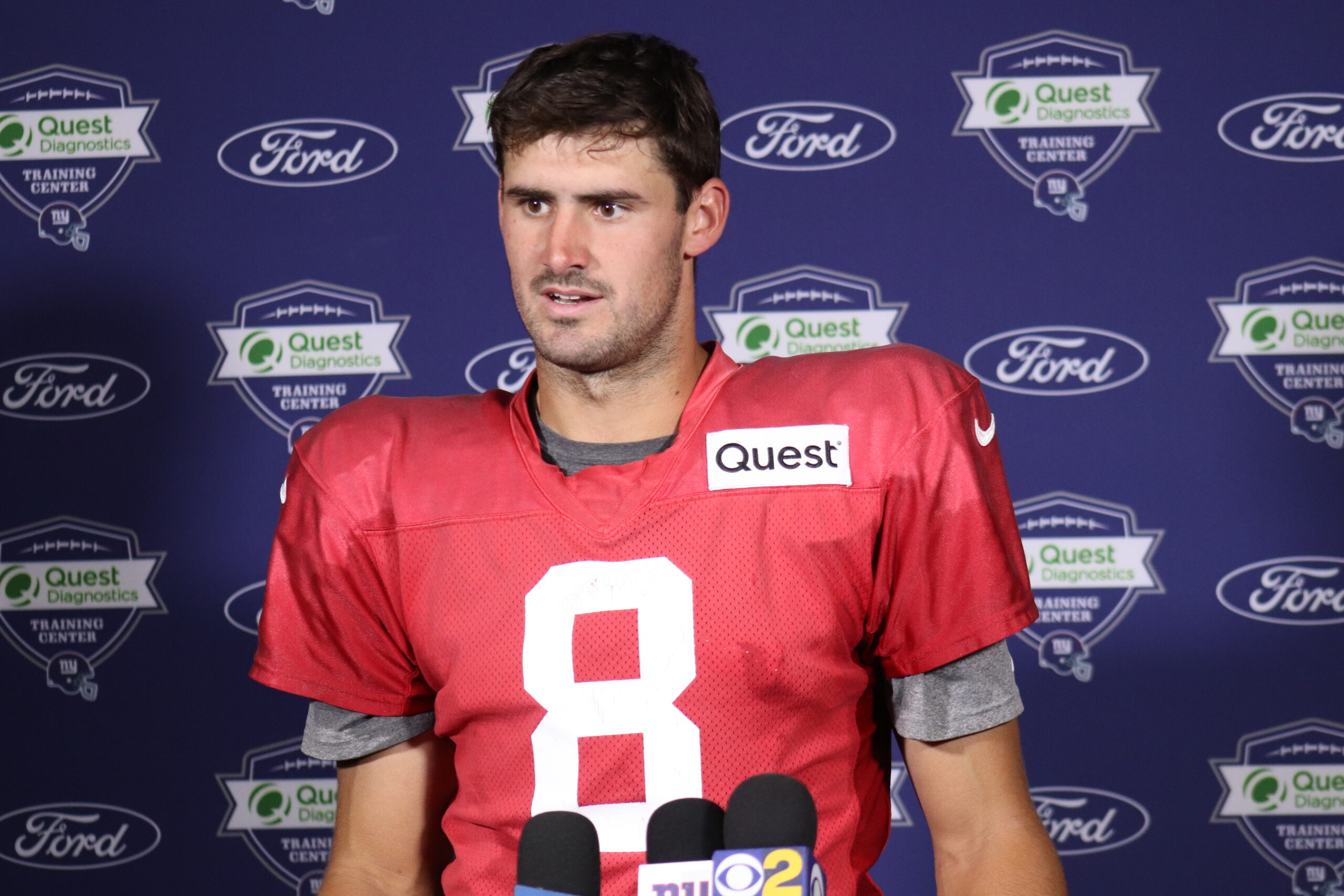 The New York Giants had many issues this past season which is very common for a team that only wins four games. For starters, they were hit with the injury bug as quarterback Daniel Jones played in 11 games, rookie wide receiver and former first-round pick Kadarius Toney only played in 10 games, and wide receiver Sterling Shepard appeared in seven games. On the defensive end, linebacker Blake Martinez only appeared in three games and safety Jabrill Peppers only appeared in six games.

In the 2019 and 2020 season, Martinez finished top-three in tackles each of those two seasons. Peppers was a significant blow to the Giants defense as he had a career year with 91 tackles, 2.5 sacks, and one interception.

Another struggle the Giants faced was inconsistency at the quarterback position. Quarterback is arguably the most important position in football as they dictate the offense and are involved in every play whether it is handing the ball off or throwing the ball. Three quarterbacks were used for the Giants this year in Jones, Mike Glennon, and Jake Fromm.

Glennon and Fromm did not do well either as they had a combined record of 0-6 and both are currently out of the league. Glennon had four touchdowns and 10 interceptions while Fromm had one touchdown and three interceptions.

They also had their struggles in the red zone as they were tied for last in trips to the redzone with Houston averaging 2.2 trips per game. They also averaged a conversion rate of 44.74% which put them last in the league.

Lastly, another struggle the Giants had this past season was getting the ball to their playmakers. In his first season with the Giants, wide receiver Kenny Golladay had 0 touchdowns for the first time in his career and just 521 receiving yards. Saquon Barkley had a mere 593 rushing yards and led the team in touchdowns with three.

To make it worse, offensive lineman Andrew Thomas and tight end Chris Myrarick who was also used as a fullback had more touchdowns than their first-round pick wide receiver Toney and their newest and most expensive receiver in Golladay. Golladay received a four-year $72 million dollar contract and did not even reach 1,000 receiving yards or a touchdown.

The Giants only had one marquee signing this past offseason and it was bringing in right guard Mark Glowinski. Glowinski is a huge upgrade over Will Hernandez who allowed seven sacks last season compared to Glowinski who allowed only two.

Another key addition is wide receiver Wan’Dale Robinson, rookie wide receiver out of the University of Kentucky. Robinson exploded his junior season posting 104 receptions for 1,334 yards and seven touchdowns. New offensive coordinator for the Giants Mike Kafka loves Robinson and has used him in different packages in training camp including giving him snaps out of the backfield.

Another key addition is first-round pick Kayvon Thibodeaux, defensive end from the University of Oregon. Thibodeaux had nine sacks his freshman year and seven sacks his redshirt sophomore year along with a career high 35 tackles. Thibodeaux looks to come in and add immediate help to the Giants pass-rush and shatter his new teammate Azeez Ojulari’s rookie franchise sack record of 8.0 sacks.

James Bradberry is probably the Giants biggest departure. He has been one of the best defensive players on the Giants since signing with them in 2020. Bradberry had career seasons in 2020 and 2021 as he had a career high four interceptions in 2021 and a career high 18 passes defended in 2020. The Giants had to release him as they were in a terrible cap space situation due to former general manager Dave Gettleman.

Logan Ryan was another key departure for the Giants as he was also released after just getting an extension last Christmas. Ryan was a veteran leader in the locker room and had a career high 117 tackles in 2021. Ryan signed with the Tampa Bay Buccaneers reuniting with Tom Brady who he played with in New England from 2013-2016.

Another key departure is tight end Evan Engram. Engram has not lived up to his rookie season where he had 722 receptions and six touchdowns. Engram has had a decent amount of drops including the potential game-sealing touchdown against the Philadelphia Eagles in October 2020. Engram is a key departure because the tight end room for the Giants is lackluster unless rookie Daniel Bellinger can continue to ball out like he has done this off-season.

If Barkley can stay healthy he could have a much improved season and reinsert himself as a top-five running back. With an improved offensive line and seeing more targets as a receiver, Barkley could reach at least 1,500 all-purpose yards similar to his rookie season.

Other players to watch that can both be dominant are Ojulari and Thibodeaux. Both are great pass-rushers that can thrive in defensive coordinator Wink Martindale’s defense with special blitz packages; they each can get double-digit sacks this season. On the other side of the ball, another duo that will be exciting to watch is Robinson and Toney. Both possess similar body type and play style to star wide receiver Tyreek Hill who thrived in Kafka’s system in Kansas City.

Also since 2016, was the last time the Giants had a winning record. This is an important game to see how this team looks with a new front office and management. Also, it is imperative for the Giants offense to take the next step as it is a make-or-break year for Jones and start of the season strong.

The other marquee matchup is against the Eagles as they are a division rival and should be the favorites to win the division this upcoming season. The Giants have not beaten the Eagles in Philadelphia since 2013. Division wins are always the most important in the schedule and the Giants cannot afford to keep losing in Philadelphia.

The Giants will have an improved season and their playmakers on offense should have a better season. It will be interesting to see whether Jones plays well enough to keep his job or if he gets replaced with a deep quarterback class in the upcoming NFL Draft.