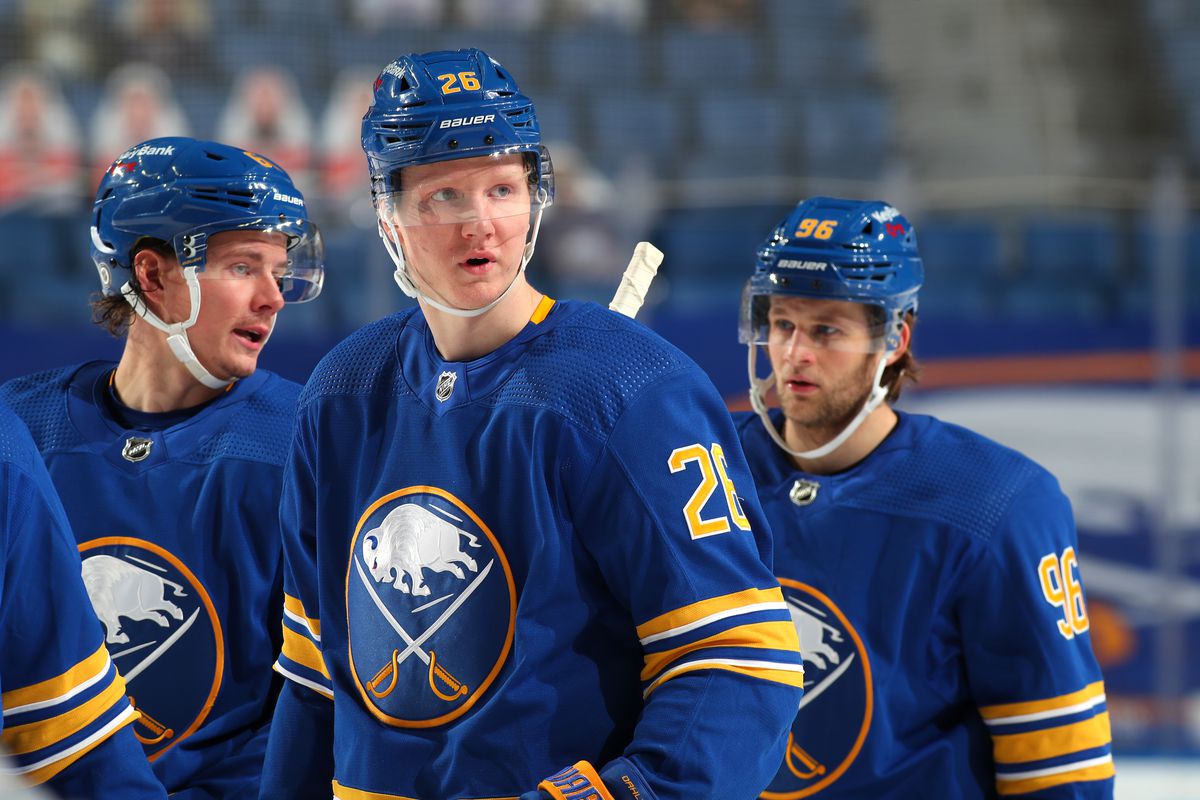 The off-season was quiet for the Sabres organization, but this is a team hinging on its young talent to be successful. The biggest free agent signing they made was goalie Eric Comrie. Although it may seem like not a big move, he had a very solid year in his rookie year with the Jets in 2021-22. Ilya Lyubushkin was another signing who will be a bottom four defensemen for them. They don’t have another free agent signing on the roster that will make a major impact in 2022-23. Their two biggest departures are probably defensemen Colin Miller and goaltender Dustin Tokarski.

As far as the team’s upgrades go, they come from the farm system. Jack Quinn is going to be a regular next season after debuting in just two games last year. Owen Power is on the same boat as Quinn. He played in eight games a year ago, and should be up for the entirety of the 2022-23 season. Those are the two top prospects in the organization. I do not believe we will see the likes of Isak Rosen or Matthew Savoie, but we should see a good amount of play time in net by Ukko-Pekka Luukkonen. Also, we may see J.J. Peterka see some time at the NHL-level this season. There is a lot of talent in this farm system, and they will be able to put the best guys they can into the lineup in 2022-23.

I am going to start with the forwards here. I will get this out of the way first. He definitely contributed last year, but Jeff Skinner has to have the worst contract in the NHL. The Sabres 30-year old winger is signed for five more seasons and will make $9M average annual salary. He scored 33 goals last year, so I am not saying that he doesn’t produce anything. However, he is paid like a perennial superstar, and does not produce like one whatsoever.

His career in Carolina was so up-and-down by season, and he is not a reliable line one guy. As a whole, their top line could really produce again this year. Thompson had a breakout year last season, and Olofsson has shown flashes throughout his career so far. He could have a career year if Skinner matches his numbers from a year ago and Thompson keeps improving.

The second line is very underwhelming. Krebs is still very young and may be in line for a bigger season, but Mittelstadt has not been what the team expected to be since drafting him eighth overall in 2017. Luckily, Tuch is on this line, and he is one of the most underrated players in hockey. He is still just 26 years old, and is clearly a top six forward at the NHL level. He will have a very nice year for them, which may carry Mittelstadt and Krebs to better 2022-23 seasons than last season.

The third line is their “kid line.” Asplund (24), Cozens (21), and Quinn (20) is by far the youngest of the lines on the roster. The potential is through the roof for this group. Two top eight picks as well as a high second round pick all on the same line. I believe this line will wind up being moved around because one or both of Quinn and Cozens will be too successful to have them on the third line. The fourth line is experienced and familiar within the organization for the most part. They should be able to contribute some offense, but I worry about this forward group as a whole in their own end.

Defensively, the new era in Buffalo is finally here. Rasmus Dahlin on the top line with Samuelsson should be a comfortable top pairing. Owen Power will man the second line with free agent signee Lyubushkin next to him. Dahlin and Power will both have a lot of talent around them on the powerplays with all the young kids making their way to the NHL squad this season. Jokiharju and Bryson is kind of meh as a third line. They are both young and still developing, so I like to see them team sticking with all the young guys and letting them get more NHL experience. A lot of times, teams go sign veterans on defense and let youngsters develop at the AHL level, but I believe this experience will be great for all these kids this season.

I get why the team re-signed Anderson in net, but I am not sure why they also brought in Comrie from Winnipeg. They have Luukkonen in the wings ready to take over the starting role. He has shown good flashes at the NHL level. Anderson and Comrie likely will have him starting the year at the AHL level, but I think there is a chance they move off Anderson early in the year to get Luukkonen on the Sabres roster. Assuming Luukkonen gets a hefty amount of games this year, the teams goaltending should be at its’ best in years.

The Sabres are in such a split division that they can only hope to come in fifth place again in the Atlantic. The division is top-loaded with the likes of the Lightning, Leafs, Panthers, and Bruins. It would be a pipe-dream to hope for a top four spot. They finished with 75 points last season, so I believe they can build on that and succeed 80 points in 2022-23. This roster is young and up-incoming. The talent is everywhere, they just need time and experience. I wouldn’t be surprised if the Sabres end up being a regular in the playoffs come three years from now. Right now, I will give them the 5-seed in the Atlantic division again with a lot to look forward to for years to come.