Alabama at Florida: The Showdown In The Swamp Preview 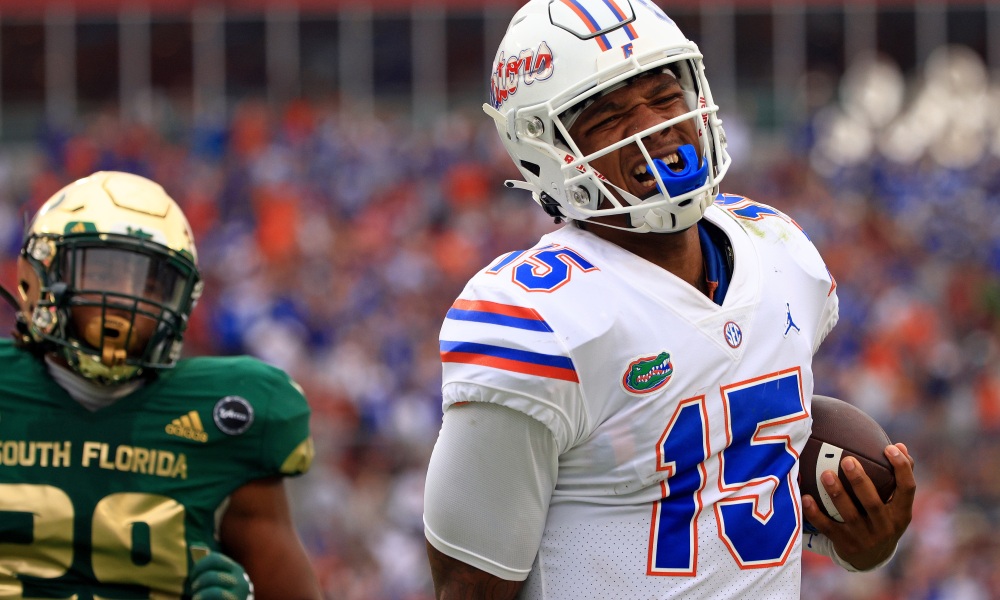 Alabama at Florida: The Showdown In The Swamp

At 3:30 in the Swamp, two SEC teams are set for their first true test of this college football season. Saban and the Tide come in as a little over a two touchdown favorite, but Bama had been just as favored when Mullen and the Gators held it to six in Atlanta. Does this Florida team have what it takes to take down the #1 team in college football, or are the Tide set for another blowout on their nearly inevitable run to the College Football playoff?

This is the first real test for a lot of Alabama’s young talent, if they want to win this game they’ll have to stay calm throughout and quietly execute. The home-field advantage in this game can’t be understated, as a lot of Alabama’s talent has yet to play in a huge road environment since before COVID-19. Florida could come out with a quick punch and lead this game at half, but if Alabama keeps their cool and plays their game, they’ll eventually out-muscle the Gators and their talent will pull the game away. Alabama could very well cover the spread on this game, but it won’t always look like that.

Alabama also needs to play a smooth game. Nick Saban has made it clear he isn’t happy with both his teams first outings. Blowing out the Hurricanes, who turned out to not be nearly the team we thought they were, was a good win on paper, but that week and the following week with Mercer, Saban expressed his unhappiness with both sides of the ball.

Will Anderson missing this game could be a huge loss for the Tide, but Alabama’s roster rarely struggles with depth. On the defense, Henry To’oto’o, the Tennessee transfer, has stepped up for this team as someone who can make adjustments and recognize plays on behalf of the entire defense. That kind of knowledge is going to be tested against a tricky Dan Mullen offense that has defined his tenure at both Mississippi State and Florida.

Take advantage. Third downs, special teams, Florida needs to win field position and time of possession. Keep Alabama off the field and make every drive count. Opportunity is everything in this game for the Gators. Emory Jones will be the starter, but throwing two interceptions in this game, means Florida can’t win this game. The flip side of that coin, Anthony Richardson, is the ultimate college football wild card. Last week’s stat line vs. USF, in which he completed 3/3 for for 152 yards and two touchdowns with an additional 115 rushing yards and a touchdown, means he can be an absolute game changer if used correctly. Dan Mullen has been very transparent about the fact he’s been hiding a lot of his offense in the first two weeks. The way Richardson gets used in this game is a mystery. Even to Saban and his staff. Dan Mullen might get weird in this one.

In this Anthony Richardson craze though, Florida’s running game hasn’t received nearly enough recognition. Between Dameon Pierce and Malik Davis, who have been in the program for years, alongside Clemson transfer Demarkus Bowman and Miami transfer Lorenzo Lingard, Florida has plenty of capable guys to carry the ball before you even consider how mobile both QBs are. Florida has rushed for over 300 yards in both of its first two outings, and establishing the run game and taking time off the clock early gives Florida a much better chance of the upset Saturday.

How it probably goes

I think Florida comes out quick with a handful of big plays. I could easily see this game starting 14-6 or better for the Gators. There’s simply too many variables in this Florida offense for the Tide to show up entirely prepared. As for the Alabama offense, look for Florida take advantage of the right side of the offensivel line. That’s a weak spot in Alabama’s roster right now that can easily be exposed by Florida’s defensive line. Later, as the game stretches on, Alabama will begin to slow Florida down.

Saban will look to find a weak spot in the Gators defense. If he finds that, this game could begin to be over. If Alabama can take this crowd out of the game, they could easily cover the spread. Lastly, the stat that can bust anybody’s predictions. Turnovers can be a factor to flip this game in several ways as we’re going to see three young quarterbacks. All three with the biggest game of each of their careers tomorrow. However it spins, a classic SEC matchup with a sold-out crowd. Not only that, it’s at the Swamp. It’s will be awesome to see on television. Unless, of course, you can be there to see it for yourself.