Beyond Minicamp for the Los Angeles Chargers 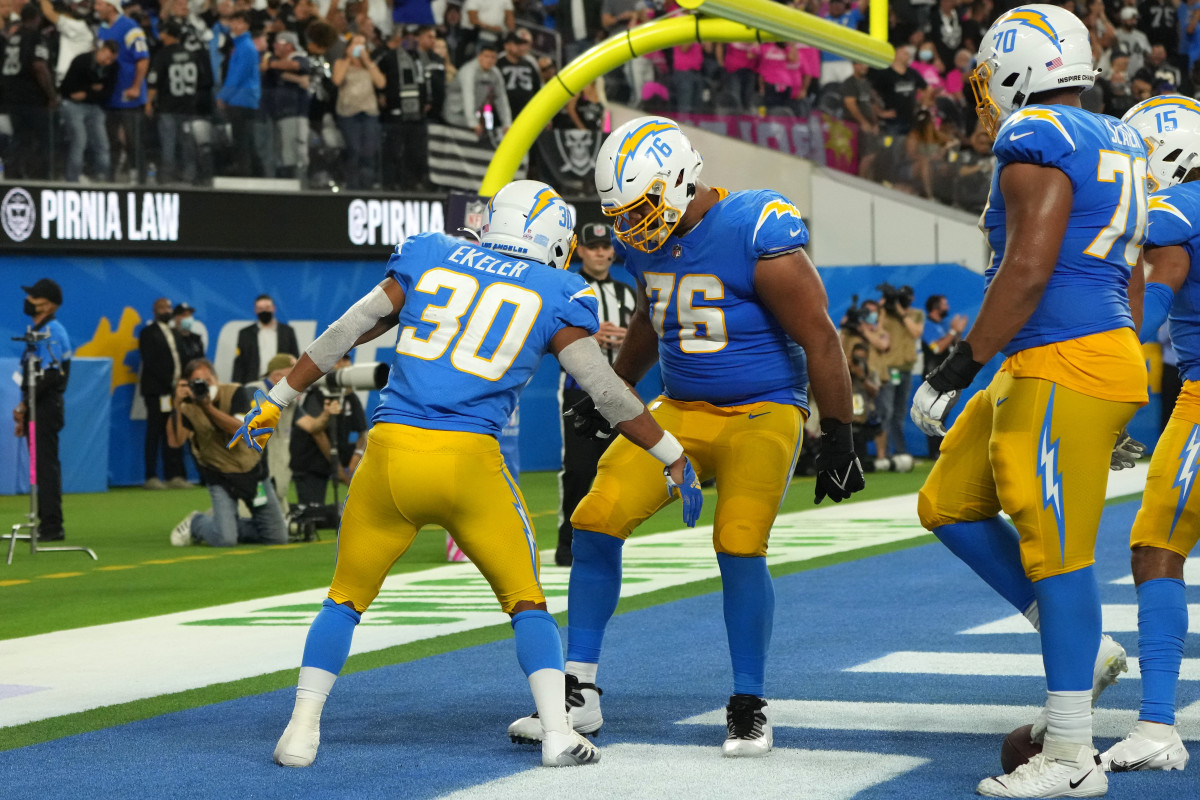 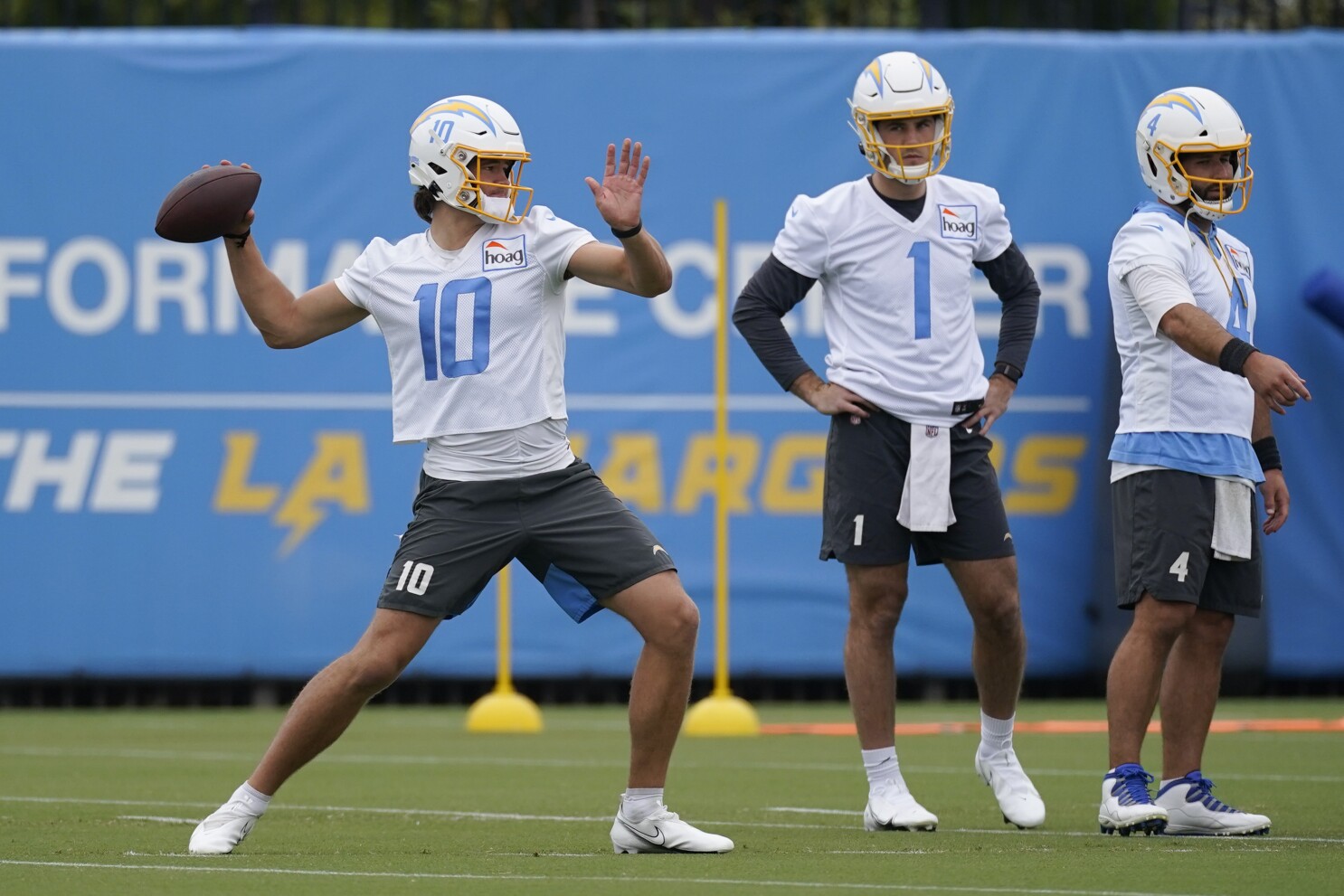 The Los Angeles Chargers return after a 9-8 season, missing out on a playoff spot after a last minute loss to the Las Vegas Raiders. In a season with high expectations, this team definitely fell short. Second-year quarterback, Justin Herbert is sure to have a record breaking third season. His 2021 performance placed him second in the league with 38 touchdowns and throwing 5,014 yards earning a quarterback rating of 65.6. This helped lead the Chargers’ offense to the number four spot in the league last year.

On the flip side, the Chargers’ defense was a different and disappointing story, finishing 23rd. Yes, you read correctly, 23rd overall. It is ironic given they had the 12th best passing defense, but the run defense ranking in the bottom three really hurt the Chargers. This off-season they addressed both sides of the ball. Taking their defensive struggles to heart they pursued solutions by signing Khalil Mack, Kyle Van Noy, J.C. Jackson, Bryce Callahan and Sebastian Joseph-Day.

Khalil Mack returns for the 2022 season after experiencing a season ending foot injury last November. Mack returning healthy provides a serious sack threat pressuring quarterbacks across the league. This gives way to one-on-one opportunities for Joey Bosa off the edge. Mack has been expected to carry the load of getting to the quarterback in his past roles. Having Bosa and Mack share this load will only put up bigger numbers and increase turnover opportunities. Kyle Van Noy should bring some much needed speed and experience to the Chargers linebacker core.  J.C. Jackson struggled in the 2021 season. He will look to bounce back and reassert himself as a true number one corner on this stacked Chargers defense. Bryce Callahan adds some much needed speed at the corner position and will most likely be a good slot defender for the Chargers. Fourth year defensive tackle Sebastian Jones-Day brings youth and will carve his place among the veterans.

Linebacker Kenneth Murray and All-Pro Safety Derwin James will return from injuries to the Chargers lineup. Murray returns from ankle surgery entering his third year in the league. During minicamp he will most likely be held to limited participation in order to allow the ankle to fully heal. Derwin James underwent labrum surgery on his left shoulder in February early in the off-season. He will look to stay healthy and reassert himself as one of the hardest hitting safeties in his pivotal 4th year in the league. Last week, it was announced that James would not participate in mandatory minicamp to further guard the healing of the shoulder, but he was noted to participate in some non-contact jog drills.

During the 2022 draft, the Chargers made efforts to shore up their offensive line, choosing guard Zion Johnson in the first round as the 17th overall pick. Rookie Johnson reports at 6’3″ 316lbs and comes from Boston College. The Chargers will look to develop Johnson to play an integral role in the future of the team. Johnson should solidify the right side of their offensive line, opposite rookie standout Rashawn Slater. The Chargers used their 2022 fourth round pick, 123 overall, to add running back Isaiah Spiller from Texas A&M. Spiller will split time with Austin Ekler. In 2021, Ekler put up the best numbers of his career with 12 touchdowns and 911 yards earning him the 5th and 12th spot respectively in the league. He was extremely productive and carried a large load of the Chargers offense in 2021.

On paper, the Chargers defense has talent and depth. They have invested in both veterans and rookies looking at building a strong team, not only for this season but the future. This may be exactly what they need to put the woes of 2021 behind them. With this much talent we will see how the team gels together. The 2012 Chicago Bears had a solid defense, but missed out on the playoffs that year. If the Chargers can capitalize on the strengths of their veteran additions and develop the rookies, this team will be unstoppable. They will be a force to be reckoned with in the AFC, even with their stadium partners the Los Angeles Rams returning from a 2021 Super Bowl victory. We are looking at the Chargers to be a Super Bowl contender.