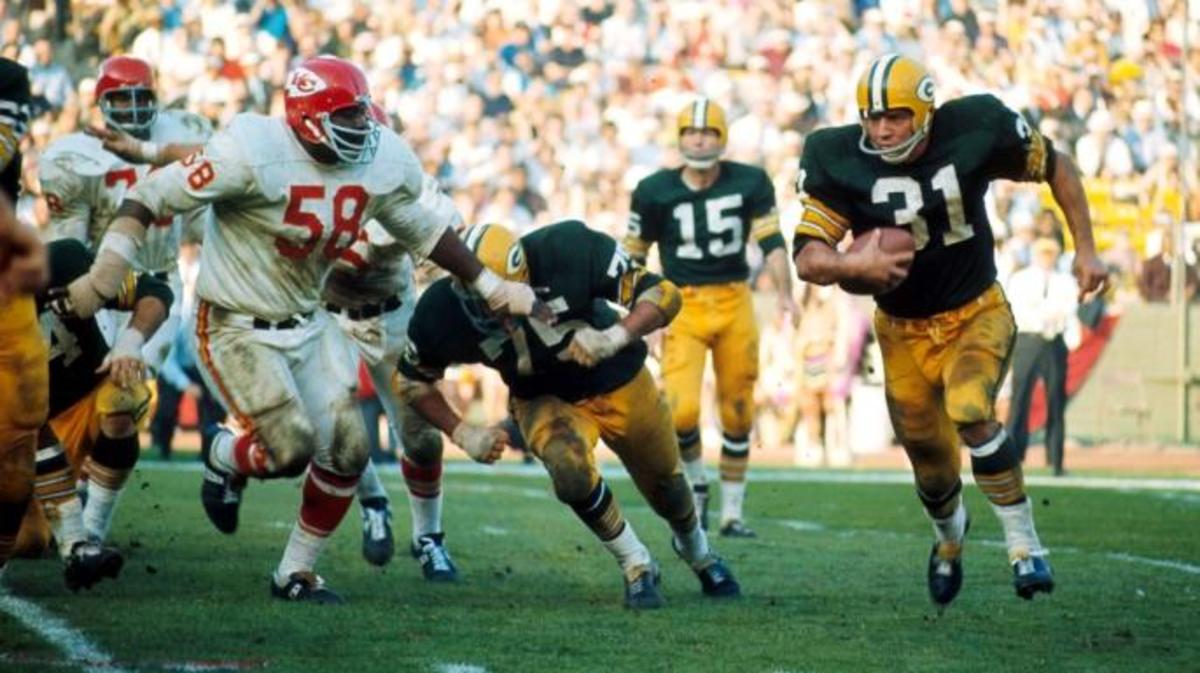 In early January of 1967, the Green Bay Packers and the Kansas City Chiefs faced off the in the first ever Super Bowl. Fans filled up just 61,000 of the 100,000 seat capacity of the Los Angeles Memorial Coliseum, paying an average of $12 per ticket.

Now, as the league celebrates it’s 100 year anniversary, both the Packers and Chiefs find themselves only one game away from a Super Bowl I rematch.

The Kansas City Chiefs came into this season as a Super Bowl favorite among the Saints and Patriots, but when Lamar Jackson took over the league and Mahomes got injured a few weeks in, the narrative shifted towards the vaunted Baltimore Ravens.

With the Ravens, Patriots, and Saints all eliminated, our NFC and AFC Championships are filled with three other teams that most people didn’t expect to make it this far:

The San Fransisco 49ers: Following a 4-12 finish in 2018, the 49ers were assumed to be buried under their division opponents, the Rams and Seahawks. With a successful draft to boost their defense and a very successful midseason trade for Emmanuel Sanders, they landed the NFC’s number one seed.

Strength: Complete on both sides of the ball. Receivers (including Kittle) are getting better every week.

The Green Bay Packers: The Packers under Matt LaFleur bounced back from their disappointing 6-9-1 season. They finished as the #2 seed and Aaron Rodgers even got to spend a few weeks in the MVP conversation. They weren’t the most explosive or exciting team to watch, ranking just 15th in total offense, but we know that Aaron Rodgers in the playoffs is a different animal.

Strength: Aaron Rodgers and Davante Adams are both healthy and connecting again.

The Tennessee Titans: The Titans secured their fourth straight season with a 9-7 record. They saved their season by brining Ryan Tannehill off the bench to replace Marcus Mariota after a 2-4 start. This, combined with Derrick Henry’s league-leading 1540 rushing yards, gave the Titans just enough to land the sixth seed. If the Titans do make it to the Super Bowl, Miami Dolphins fans would have to watch their old quarterback taking the field in their own stadium.

The Kansas City Chiefs showed their weaknesses early on Sunday against the Texans, but corrected them after the first quarter and never looked back. The strength of the team lands on Patrick Mahomes, but their defense has improved exponentially since last years AFC championship overtime let down. Ironically, most of the praise goes to the former Houston Texan Tyrann Mathieu.

As the only remaining #1 seed, the 49ers remain many peoples Super Bowl favorites, but I believe the Chiefs have an advantage that the ‘Niners don’t: experience.

I know that this theory may be de-bunked by the unexperienced Philadelphia Eagles taking out the almost overly experienced New England Patriots two years ago in Super Bowl LII, but I believe the that this is the best chance Andy Reid has to out-coach the other three remaining coaches.

Kyle Shanahan (49ers), Mike Vrabel (Titans), and Matt Lafluer (Packers) are all under the age of 45, and none of them have been with their teams for more than three years.