David Fizdale Era In New York Is Over 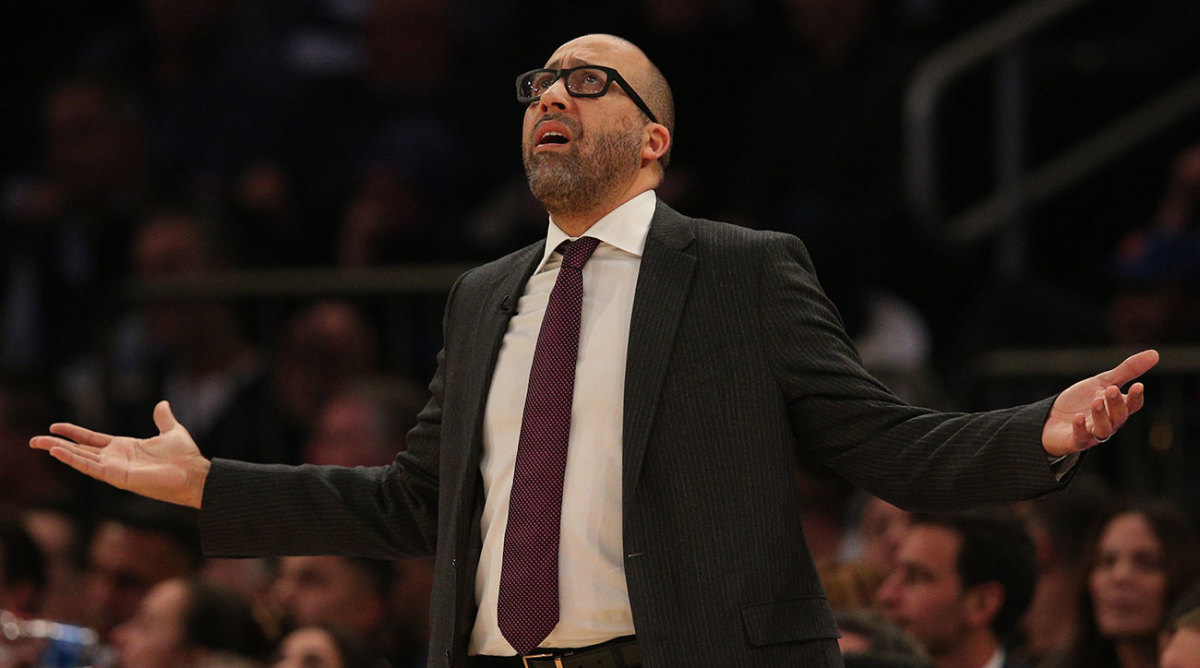 New York Knicks head coach David Fizdale got his pink slip Friday afternoon. The “Fiz” era in Gotham is over.

Fiz was supposed to be the guy to bring superstars Kevin Durant and Kyrie Irving to the bright lights of Madison Square Garden. Reversing the misfortune of the New York Knicks organization over the last 20+ years.

Despite the worst record in the NBA one season ago, the Knicks didn’t win out on the Zion Williamson sweepstakes. His Duke teammate R.J. Barrett isn’t too shabby for a “consolation prize”.

Fizdale is known for being a player’s friendly coach who wanted to be buddy-buddy with his guys. When your Steve Kerr with the Golden State Warriors, winning championships and making history with 73-win seasons, that philosophy probably works.

There’s not much to yell about. All they do is win.

When the legendary John Wooden was at UCLA, he had a laissez-faire approach. He didn’t get out of his seat and scream. The players knew the gameplan and he let them execute that.

Kerr didn’t stress much during the Splash Brothers and then Durant days at Oracle.

The Knicks, a restoration project (and that’s the nice way of putting it), are not in the conversation with Kerr and Wooden’s squads.

Ironically, Kerr was actually very close to becoming the Knicks’ newest coach before taking the same position with the Warriors back in 2014.

Kerr responded to the news of Fizdale’s firing Friday afternoon.

Fizdale needed to hold his players accountable. Scream at them. Let them know the authority. Not to say Fiz never did, but by the end of his time with the team, it was clear they no longer felt they could win with him on the sidelines.

Arguably Fizdale’s biggest blunder: a quote he made to the media after NYK’s nightmare 44 -point loss to Giannis Antetokoumnpo and the Milwaukee Bucks.

“Whatever word you want to use for it, lack of tenacity, intensity, focus, competitiveness,” Knicks coach David Fizdale told reporters. I don’t feel like we came into this game believing we could win this game and that was what was most disappointing. I felt like going into every other game we felt like we could come out, compete, and beat anybody. Tonight, we didn’t come out with the idea that we could beat this team.

“I don’t know why. But it was definitely there. We didn’t come out with the right mindset for whatever reason, whatever my motivational talk was didn’t take hold I guess. We’ll bounce back. We’ll get into the film. We’ll own it. we’ll watch it and we’ll get ready for another very good basketball team.

As ESPN and YES Network’s Michael Kay described on his Tuesday afternoon radio show, Fizdale’s one job as the head coach is to motivate his players. Make them believe that they can win.

By saying he didn’t think his team could win, what Fizdale was really doing is indicting himself. Fizdale isn’t lacing up in Jordans, coming in the game and scoring 50. Motivation is the sole purpose of a coach. Rallying his players to the belief they can beat whoever/ whatever challenges lie ahead for them.

New York lost their final eight games with Fizdale as their coach. He finishes with a .202 win percentage (21-83 record), which is the worst in Knicks’ coaching history.

The Knicks 4-18 record through the first 22 games this season is the worst in franchise history.

Fizdale will still be paid the remainder of his 4-year, $22 million contract signed before the start of the 2018-19 season.

In many ways, Fiz got the raw end of the deal. It was unrealistic to think he could single-handedly come in and fix the mess that has been the New York Knicks for close to two decades.

Not even the zen master and 11-time NBA champion, highly regarded as the greatest coach in NBA history Phil Jackson, could.

He believed he would take over a team that would include any combination of the following: Kristaps Porzingis, Kevin Durant, Kyrie Irving, Zion Williamson, etc.

He ended up with Dennis Smith Jr, Julius Randle and Bobby Portis.

Fizdale didn’t help change the mess in New York City but he certainly isn’t the only person to blame. General Manager Scott Perry, President Steve Mills and the players on the roster all deserve their blame too.

The New York coaching carousel continues. Brooklyn Nets coach Kenny Atkinson is now the longest-tenured coach in New York sports after the. firing. He’s in his fourth year with the Nets.

New Jersey Devils coach John Hynes was fired on Tuesday. The jury is still out on both New York football head coaches, Adam Gase and Pat Shurmur, as to whether they will join Fizdale and Hynes in unemployment.