Hany Mukhtar vs. Sebastian Dirussi: Who Came Out on Top? 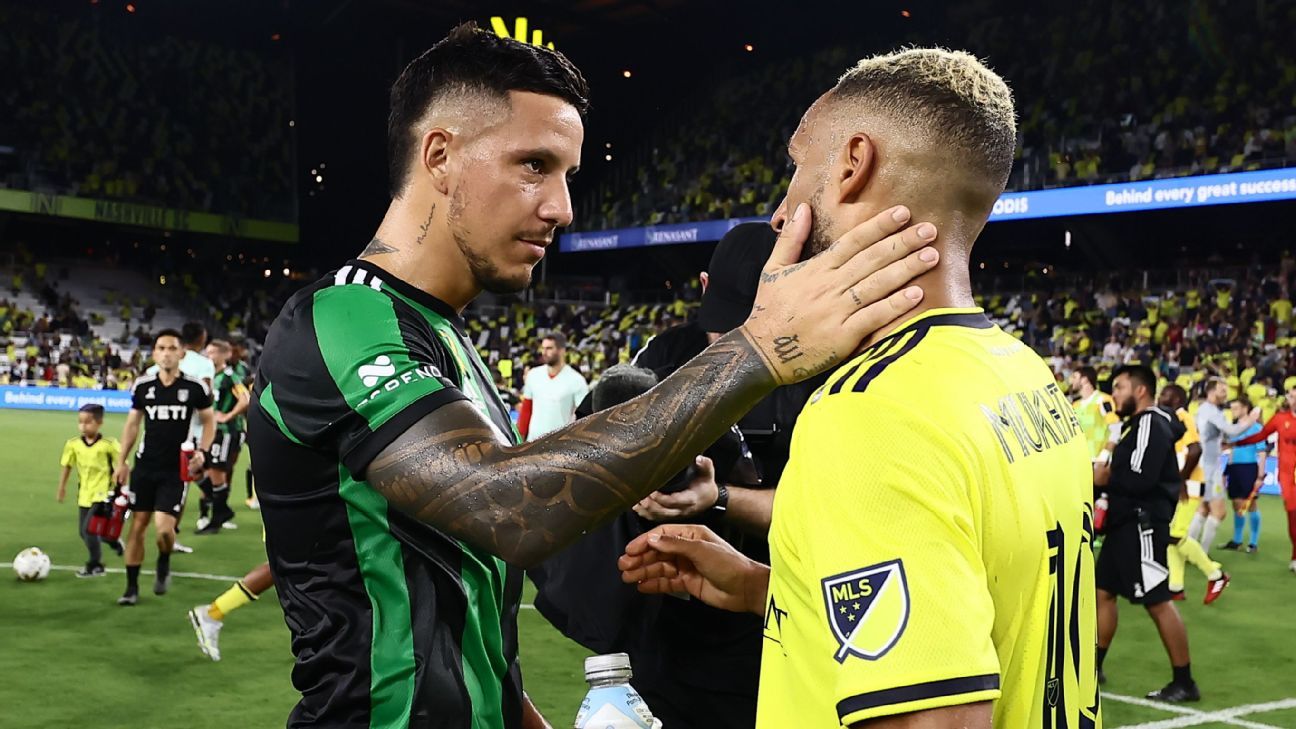 Hany Mukhtar vs. Sebastian Dirussi: Who came out on top?

The battle for MLS MVP between Mukhtar and Dirussi has been fun to watch as they are now the top two favorites to win the award. With Austin and Nashville meeting each other for the first time this season, we get to see MLS two best players battle it out.

Both Austin and Nashville played a 4-2-3-1 formation with one striker, three midfielders, two defensive midfielders and four in the back. Mukhtar and Dirussi played the same center midfield position, playing behind the main striker.

Dirussi started the game with several counterattacking opportunities but failed to capitalize on an opportunity at goal. Since then, he has been quiet the whole game. With three shots (two on goal) and only one chance created, Dirussi had a rare quiet game for Austin.

Mukhtar, on the other hand, was all over the score sheet for Nashville. He began the game quiet, but then quickly turned it around. Nashville was head of the attack all game, with Mukhtar contributing to several crosses and creating chances for the attack.

Nashville came out on top with a 3-0 win and just one point from third place in the Western Conference.

At the end of the game, Mukhtar went to Dirussi and congratulated him on the season his is having. During the postgame, Mukhtar thanked his teammate for putting him the position he is in this season.

“I just give credit to the whole team, you know, they’re supporting me, they’re helping me and they give me the power to shine” he said to The Tennessean.

So who came out on top after Saturday’s game?

Mukhtar outperformed Dirussi and came out on top on Saturday on a day that Austin could not get any goals. Austin totaled 10 shots with five goals on target but could not get anything past goalkeeper Joe Willis.

The battle between Mukthar and Dirussi will continue with just one month left in the season. They are on top of the golden boot race at first and second and are also fighting for the highest seed possible for their teams in the playoffs. Regardless of where their teams end up, they will be crucial for their teams run to the playoffs and a possible shot to the MLS Cup.

Austin will verse Nashville again on Sep. 17 at Q2 Stadium in Austin, TX. Dirussi will look to redeem himself after a poor performance on Saturday and with home field advantage on his side.