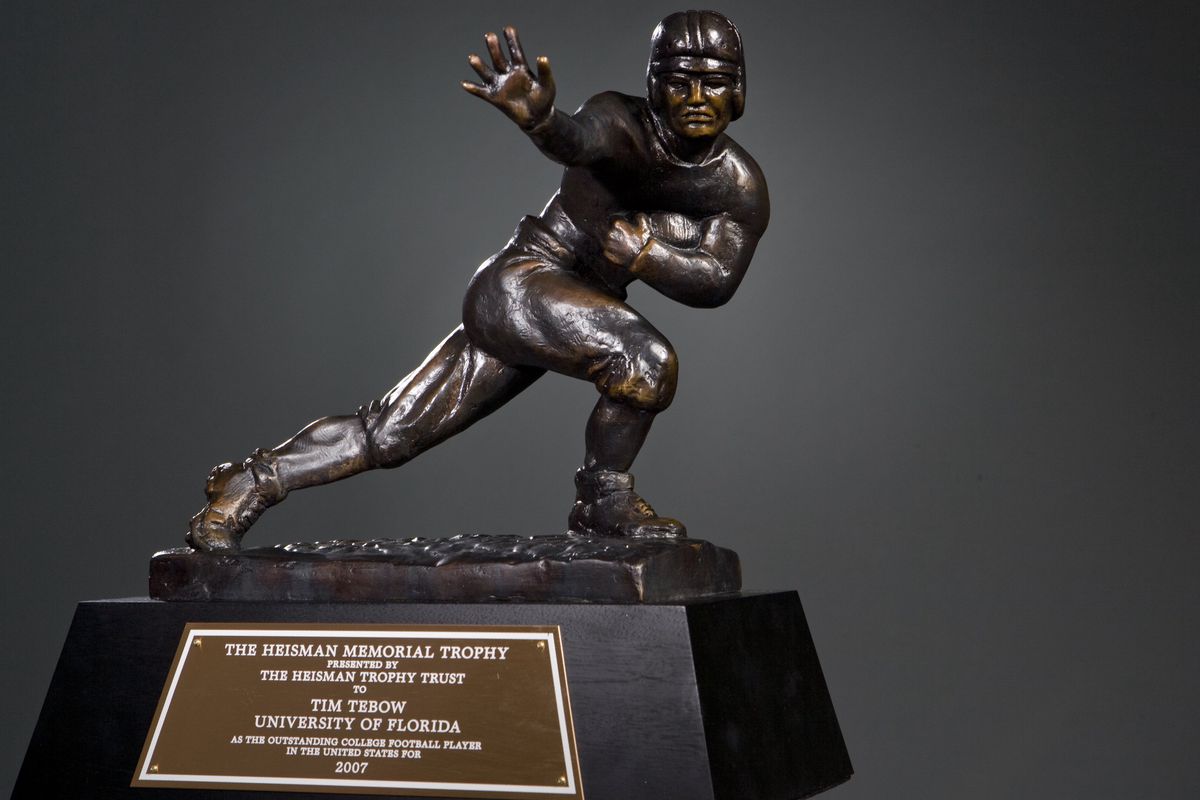 The NFL kicked off their 100th season last week, celebrating their history with multiple rivalry matchups like Bears vs. Packers and Cowboys vs. Giants. This week the NFL will be adding more chapters to their already rich history. Week two in the 2019 NFL season will feature multiple games where African American Heisman quarterbacks will face off against each other. This will be the first time such an occurrence has happened.

The Heisman Trophy is given annually to the most valuable college football player. There are currently nine Heisman Trophy winners in the NFL and seven of them are quarterbacks (two are running backs). Of the seven Heisman winning QBs, five are African America (Cam Newton, Robert Griffin III, Jameis Winston, Lamar Jackson, and Kyler Murray). In college football speed kills. Because of this fact dual QBs usually have the upper hand in winning this award because they accumulate a lot of passing and rushing yards, along with producing a lot of passing and rushing touchdowns. All five African American QBs have a few traits in common; they are all dual threat QBs ( Winston not so much), electric arm strength, and are great leaders. Cam is the most decorated QB in the group; he won a national title at Auburn, NFL rookie of the year, NFL MVP, a Super Bowl Appearance, and three Pro Bowl appearances.

The Thursday night game, Tampa Bay Buccaneers at Carolina Panthers, is the first game that will feature the face off of African American QBs.  Cam Newton, Heisman winner in 2010, and Famous Jameis Winston, Heisman winner in 2013, will be trying to lead their respective teams to victory. This game means a little more than a normal game because it is a divisional matchup. Both QBs will be looking forward to bounce back from a loss in week one. Both Cam and Winston have a lot to prove this season. Winston is on the hot seat fighting for his future as QB for the Buccaneers. If he continues to perform poorly like he did last week against the San Francisco 49ers (one-touchdown, three- interceptions, 194-yards, and 7.3-QBR) the Buccaneers will be looking for their next franchise QB. Cam on the other hand is trying to prove that he is still an elite QB fresh off of right shoulder (his throwing shoulder) surgery. Cam has the pieces around him to help him lead the Panthers to the playoffs.

Sunday at noon the Baltimore Ravens have a home game against the Arizona Cardinals. This is the second game of the week that African American QBs will go against each other. Lamar Jackson, Heisman winner in 2016, QB of the Ravens will be leading his team against Kyler Murray, the most recent Heisman winner (2018) and current QB of the Cardinals. Football fans around the nation are looking forward to see how both of these young QBs will develop during the 2019 NFL season. How will Murray adjust to the speed and physicality of the NFL in his rookie season especially at his size (5’10”; 2017 lbs)? Can Jackson continue to improve his passing ability and win games with his arm instead of his legs? Last week both Lamar and Murray showed what they were capable of last week; Murray lead a Cardinals’ 18-point comeback to force overtime and Jackson threw for five-touchdowns, 324-yards, 85%-completion rate, and a perfect quarterback rating (QBR) of 99.4 against the Miami Dolphins.

The fact that this is the first time that African American Heisman quarterbacks will face off against each other in NFL history is very significant. This shows that the NFL game is changing before our eyes. The time of stationary, pocket passing QBs complimented by a ground and pound rushing attack is over. The NFL is ushering in the era of the run pass option (RPO). This philosophy of offense features the mobile QB, receiving running back, and getting the ball to the playmakers in space. The offensive philosophy of the NFL is starting to mirror the college football game more and more each year. The NFL game is no longer about warfare in the trenches, it is more basketball on grass. Buckle up your seatbelts because the speed of the game will continue to increase from here on out.

Fun Facts: Cam Newton, Jameis Winston, and Kyler Murray are number one draft picks. Murray is the only athlete to be picked in the first round of the NFL and MLB draft. Ravens currently have three of the nine Heisman winners on their roster ( Lamar Jackson, Mark Ingram, and Robert Griffin III).