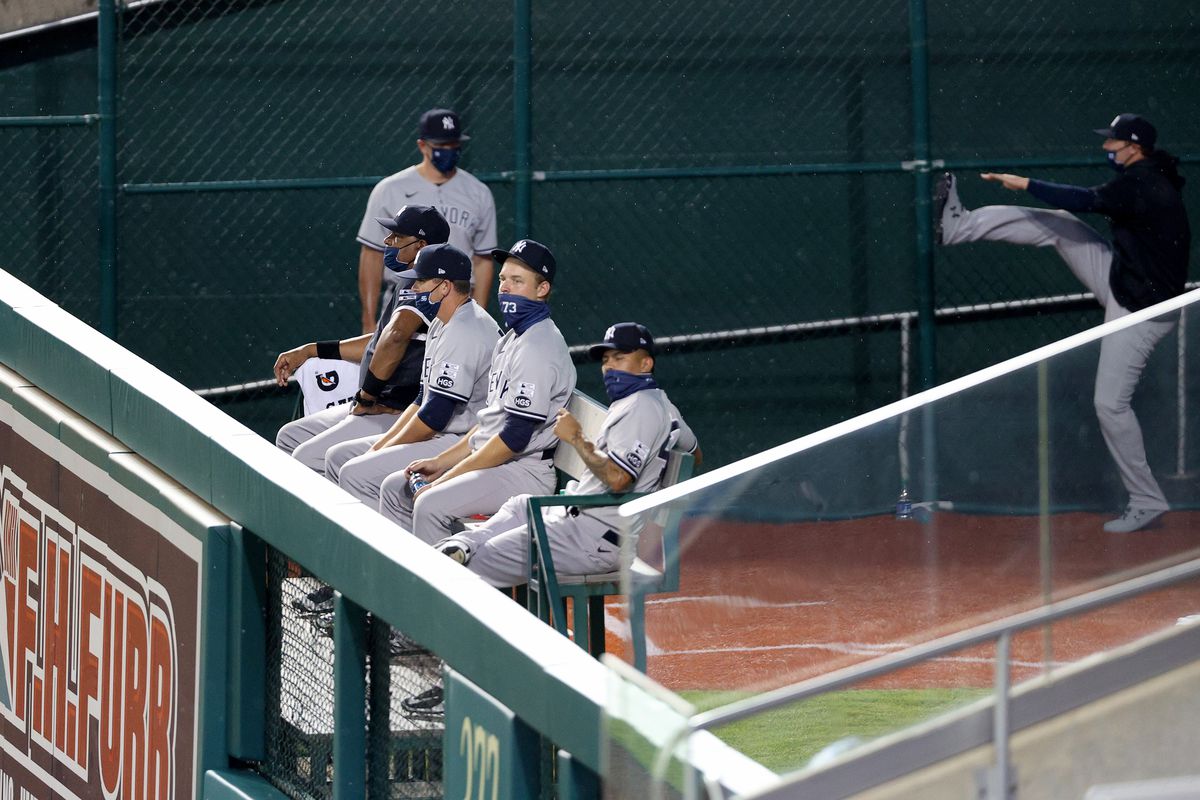 The position of catcher is a physically demanding role. Hours are spent crouching behind the plate, while 100-plus mile per hour fastballs are hurled your way, not to mention nasty breaking balls and off speed pitches thrown into the mix. Catchers know their pitcher’s repertoire better than anyone, and get a unique perspective because of that fact. Recently, Back Sports Page caught up with one of the New York Yankees’ bullpen catchers. Aaron Barnett gets to work with the Yankees pitching staff on a regular basis. During our interview, he agreed to break down what a typical day with these legends looks like.

Barnett never played professional baseball, but has high school and college experience. He accepted an internship with the Seattle Mariners after college, and used that experience to become a student of the game. His focus was on baseball technology and player development. He made the connections necessary to land a job with the New York Yankees through this internship. Barnett accepted this opportunity, and has been a bullpen catcher with the team for the last year.

Since becoming a bullpen catcher, Aaron has worked with many Yankee stars. When asked who the more challenging pitchers to catch were, the first pitcher who came to his mind was Zack Britton. This is no surprise, due to the fact Britton is known to have some of the nastiest stuff in baseball.

“Britton throws a hard sinker with insane movement, and can manipulate the pitch however he sees fit. This pitch can be very difficult to catch. It has late movement, and seems to snatch the glove into the dirt with it.”

Jonathan Loaisiga is another challenging pitcher to catch. He throws the ball hard, and has electric stuff.

“Jonathan has a nasty two-seam. It has the tendency to run across the plate into a right handed batter, and handcuffs you as a catcher.”

Barnett has also caught Aroldis Chapman’s flat grounds, and has seen fastballs easily 100 mph and over.

“The first time you ever see a pitch that fast it just kind of shocks you,” Barnett admits. “You have to see it way sooner out of the pitcher’s hand, because you have less reaction time.”

“After seeing that velocity frequently, you start to acclimate. You adjust the same way hitters do in games, which is why a decent off speed pitch is a must.” Barnett stated that every pitcher on the team has amazing stuff. For times sake, we only went over a handful.

Like professional baseball players, bullpen catchers often work late nights. If a game starts at 7 PM, Aaron makes sure he is at the clubhouse prior to 1 PM. Each player completes a spit test before entering due to the COVID-19 pandemic. Once that is over with, he heads to the gym to get a workout in. As a bullpen catcher, you still have to be in top shape. The average Joe can’t catch pitchers throwing as hard as these Yankee pitchers do! After a good workout, Barnett takes a quick shower. Following this he will do some computer work, trying to figure out how he can help the pitching staff that specific day.

Barnett cleans and replaces the batting practice balls, then heads over to the pitchers. They throw a little, then he catches some bullpens or flat grounds depending on the pitcher’s needs. The rest of the day is spent in the bullpen. There Aaron gets to hang out with Yankee pitchers, and help warm up those called upon.

Every pitcher has a different pre-game routine, but weighted baseballs and plyocares are becoming common throughout the MLB. Many Yankee pitchers can be caught throwing plyocares into walls. Some pitchers even use a weighted ball in the bullpen. They throw the heavier ball off the mound prior to pitching! This makes a regular baseball seem lighter, leading to faster arm action in game.

Getting to spend time training with these talented pitchers is an amazing opportunity. The Yankees pitching staff are friendly and respectful to their catchers. All they expect out of them is hard work and dedication. Being a bullpen catcher does have perks. You get to be around the game, and are fortunate enough to help top pitchers on your favorite teams! Thank you Aaron Barnett. You allowed readers to see what being a bullpen catcher for the Yanks is all about. We now have a unique perspective on some of our pitchers, and know what a typical day in the life looks like!