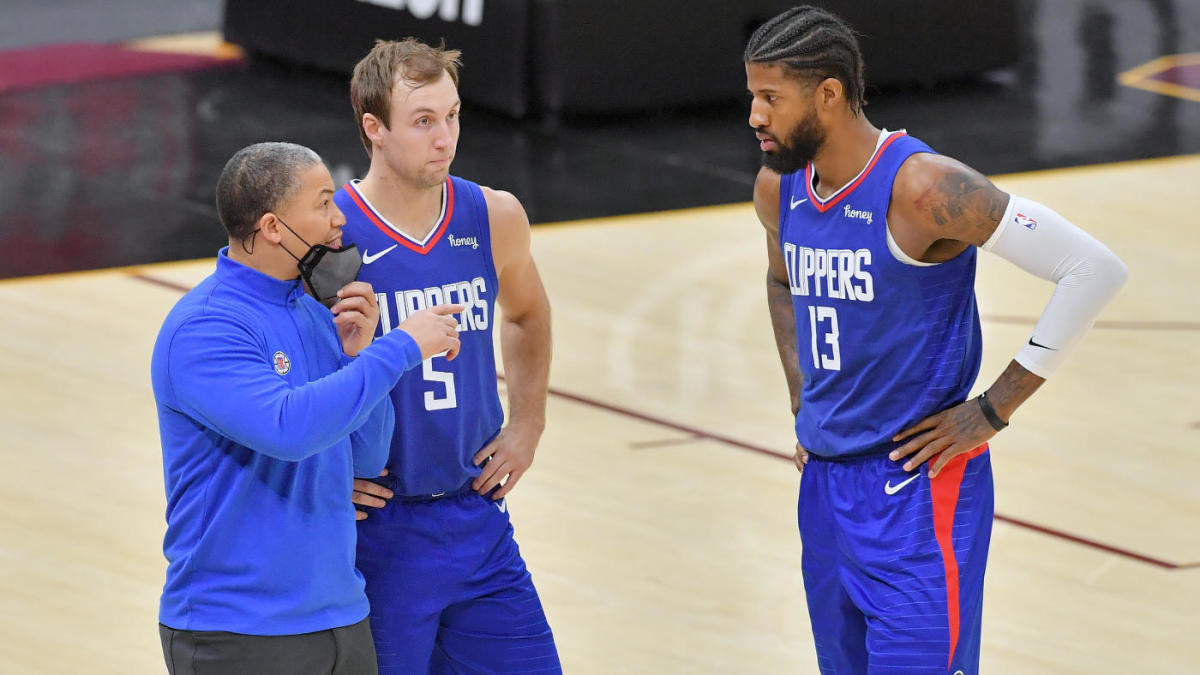 Paul George has been enjoying an excellent 2020/21 season so far, averaging 24.4 ppg. on 51% shooting from the field. This is a promising sign for Clippers fans who had the misfortune of watching George’s abysmal playoff performance last season.

But, is George really an MVP candidate for the second time in his career?

The first, of course, came in the 2018/19 season when he was in Oklahoma City. He averaged 28 ppg., 8.2 rpg., and 2.2 spg. through 77 regular season games. He finished third in MVP voting behind Giannis Antetokounmpo and James Harden.

His numbers this year have dropped from 2019, but his efficiency has skyrocketed. This can be attributed to the fact that the Clippers are a better team than the Thunder team. In his big year in OKC he averaged 21 field goals attempted per game, this year he is only taking 16.6 per game. He doesn’t have to do as much because of the team he has around him. Most notably, Kawhi Leonard.

Leonard is the best teammate PG has ever had, except maybe MVP Russell Westbrook. With Kawhi averaging 26 ppg. this season, George doesn’t have to be the one-man show every night.

As good as Leonard is, the Clippers are clearly at a deficit when PG is not in the lineup. Currently PG has bone edema in a toe on his right foot and is listed as day-to-day. Most recently, he missed a 113-110 defeat to the Sacramento Kings.

Sacramento started out the season terribly, but the Kings have recently been playing more inspired basketball. They picked up wins against the Boston Celtics, Denver Nuggets led by a 50-point performance from Nikola Jokic, and against the George-less Clippers.

PG is one of the two most important players on the Clippers, but even without him they shouldn’t be losing to the Kings. When George sits, Terance Mann and Luke Kennard pick up his minutes. These players do not make up for PG’s absence.

George will continue to be an integral part of the Clippers team and it will be imperative that he stays healthy if they want to retain a high seed in the Western Conference. As for being a candidate for MVP; the answer is yes, but he will not win.

George will finish in the top 10 of voting, but it is hard to see him winning with another MVP candidate like Kawhi on his team.

Back Sports Page Presents A New Episode of The Man to Man Podcast Episode V: Tom Gets Another
Film Study: The Case for Dillon Brooks