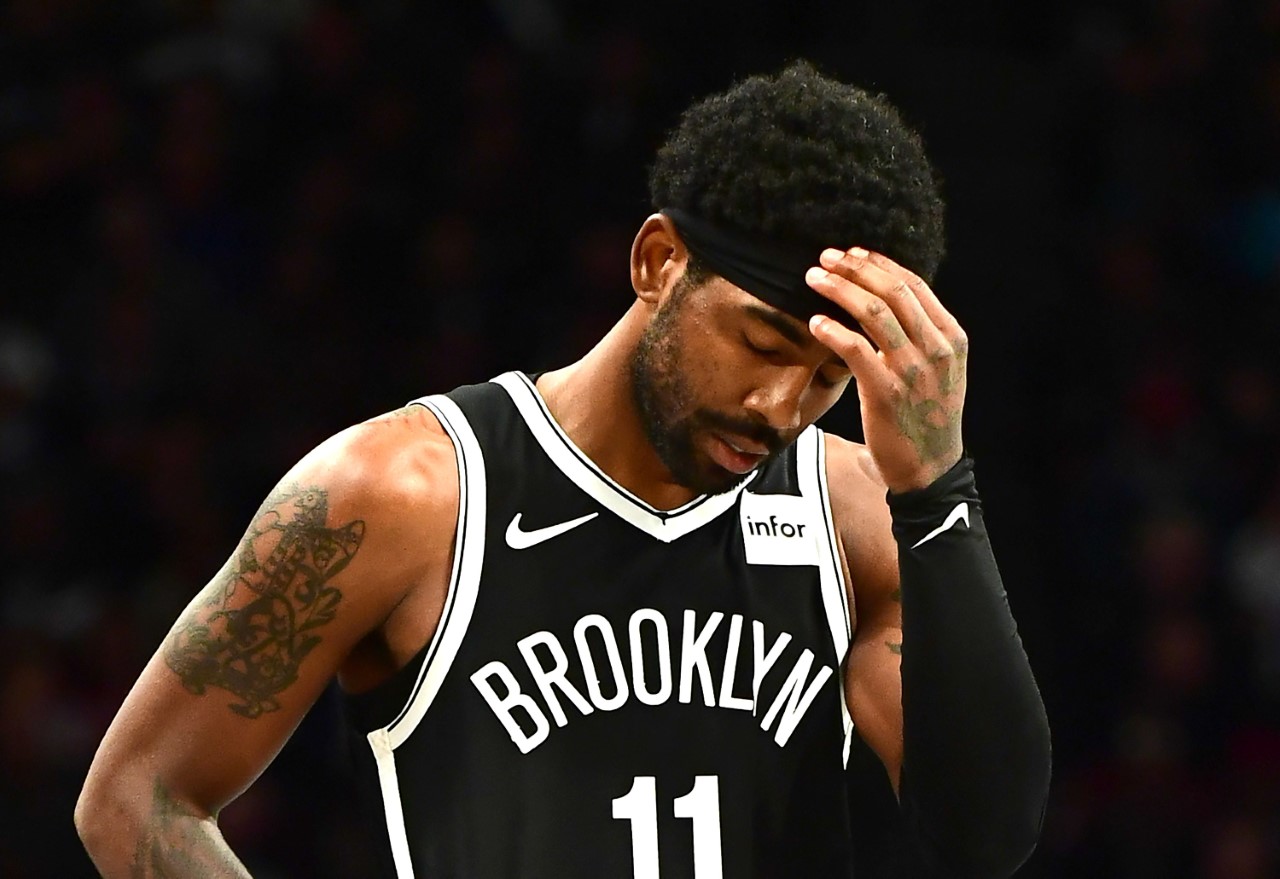 The Brooklyn Nets are in the middle of another average year. They sit at 13-11 and are currently the seventh seed in the Eastern Conference. Coming off a 42-40 season a year ago, the Nets had high expectations for this year after acquiring Kyrie Irving and Kevin Durant.

Now we all know that Durant wasn’t likely to play at all this year due to an injury. That is true. Durant will indeed be out for the whole year. Durant signed a four-year, $164 million deal with the Nets, who knew they would only get three years out of him.

Kyrie Irving signed a four-year, $142 million deal with Brooklyn. He, unlike Durant, was healthy coming into the year. The Nets were looking at Irving to come in and be a leader of this team from the jump.

In Irving’s first 11 games he averaged 28.5 points, 7.2 assists, and 5.4 rebounds per game. The Nets went 4-7 in that 11- game stretch. Despite the fantastic numbers he was putting up, he was not helping his team win games. He was brought into Brooklyn under the impression that he could lead a team. Yeah, the stats look good, but if they don’t turn into wins then it really doesn’t mean anything.

The four wins in that 11- game stretch came against the Knicks, Pelicans, Blazers, and the Rockets. That is not that impressive. Three of the seven losses came against teams who are currently not in the playoff picture.

After the first 11 games Irving has not played. He suffered a shoulder injury and has been out for the past 13 games, and the Nets are 9-4 without him. There is no set date on when he will return.

It is also interesting to note that the Boston Celtics are one of the elite teams in the Eastern Conference without Irving in their lineup. Irving left the Celtics in free agency to come to the Nets. Now the Celtics have championship aspirations while the Nets can’t even keep Irving on the floor.

It is crazy to think that the Nets are better without Irving on the floor. It is true though. The Nets brought in Irving to lead this team, and it is in fact the total opposite of what is happening. He is not playing and the team is doing so much better without him. Obviously when he gets healthy he will slip right back into the starting lineup, but the Nets must be disappointed in how this first year with Irving is going. There is currently an awful lot of free agency money sitting on the sidelines in fancy suits instead of lighting up the scoreboard and leading Brooklyn to respectability…and not for the first time.