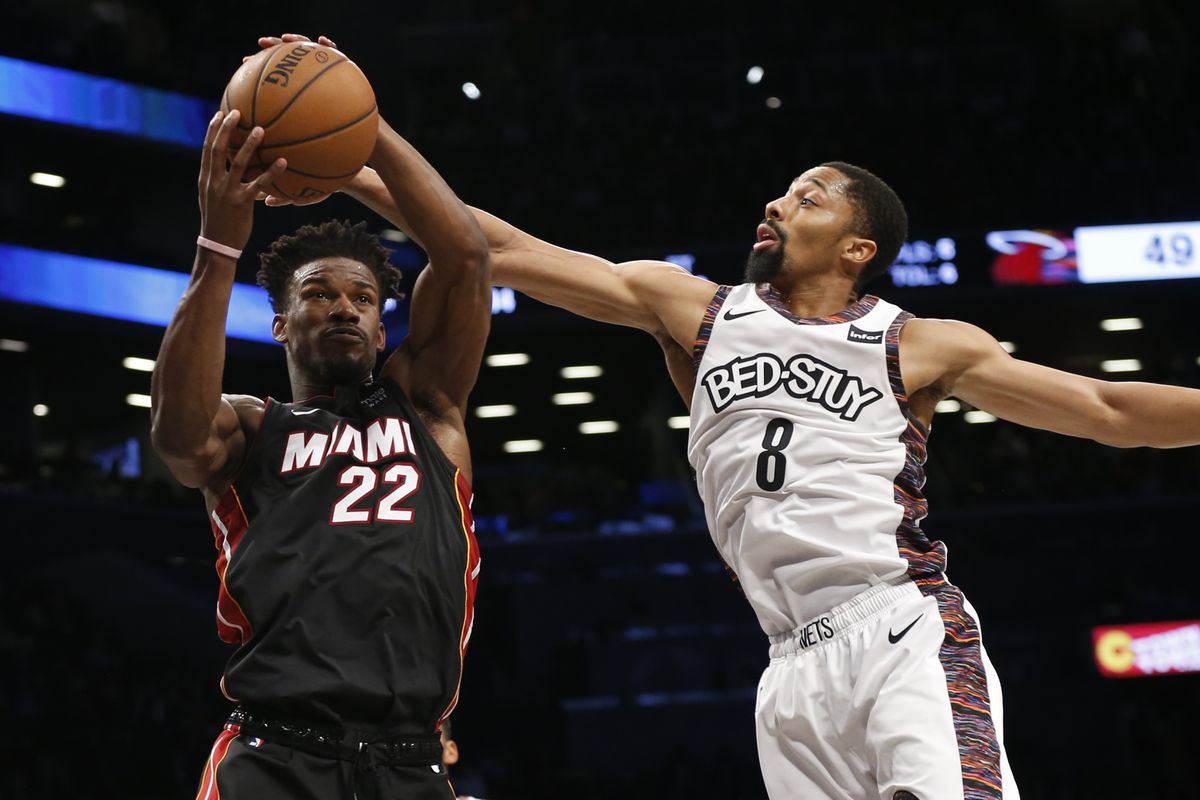 After a long 20 days, the Nets finally get their first win of the new year with a 117-113 win over the red hot Heat at the Barclays Center on Friday night. It came at the hands of a familiar-faced closer in Caris Levert when he hit a step back three-pointer with 1:09 left in regulation to take a 112-111 lead. This snapped Brooklyn’s 7-game losing streak.

This win definitely wasn’t easy for the Nets. As a matter of fact, with 5:09 remaining in the fourth Brooklyn was down nine points and very close to making it eight straight losses. However the Nets went on a 17-4 run to close it out and get this much needed win.

“Thank God we broke that streak man,” said Spencer Dinwiddie. “It was getting rough out here, I’m not going to lie to you.”

Dinwiddie led the way with 26 points and a career-high 14 assists.

As a team though the Nets did a few things better than they have been doing on this awful 7-game skid.

Secondly, the Nets got back to their dominant ways down low. They scored 60 points in the paint last nighty. Much more than what they averaged during their skid, 42 PPG.

Lastly, the Nets did a great job moving the ball, dishing out 31 assists. Throughout their losing streak they only averaged 22.1 APG, which is only an assist shy of their season average of 23.7 APG (ranked 17th in the league).

Although Levert hit the big step back three and Dinwiddie dished out nearly half the team’s assists this game really was a team effort as Brooklyn had six players that scored in double digits (four who were in the starting lineup).

It wasn’t just the offense that led to this much-needed win however. Surprisingly it was the defense. Surprisingly because this game got off to a rocky start for the Nets on that end of the floor, as they allowed the Heat to score 42 points in the first quarter, tying their season high. Fortunately for them they got it together and played lock down defense when it mattered most. “I thought the whole game we had great energy, great effort. It comes back to reward you when you play with that kind of grit and passion and energy,” said Head Coach Kenny Atkinson. “May be one of the highest intensity games we’ve played all year. I think our backs were to the wall a little bit. Excellent team. A real credit to the guys, and I thought our defense was outstanding in that second half, 20 points in the third and then 24in the fourth. A lot of guys contributed.”