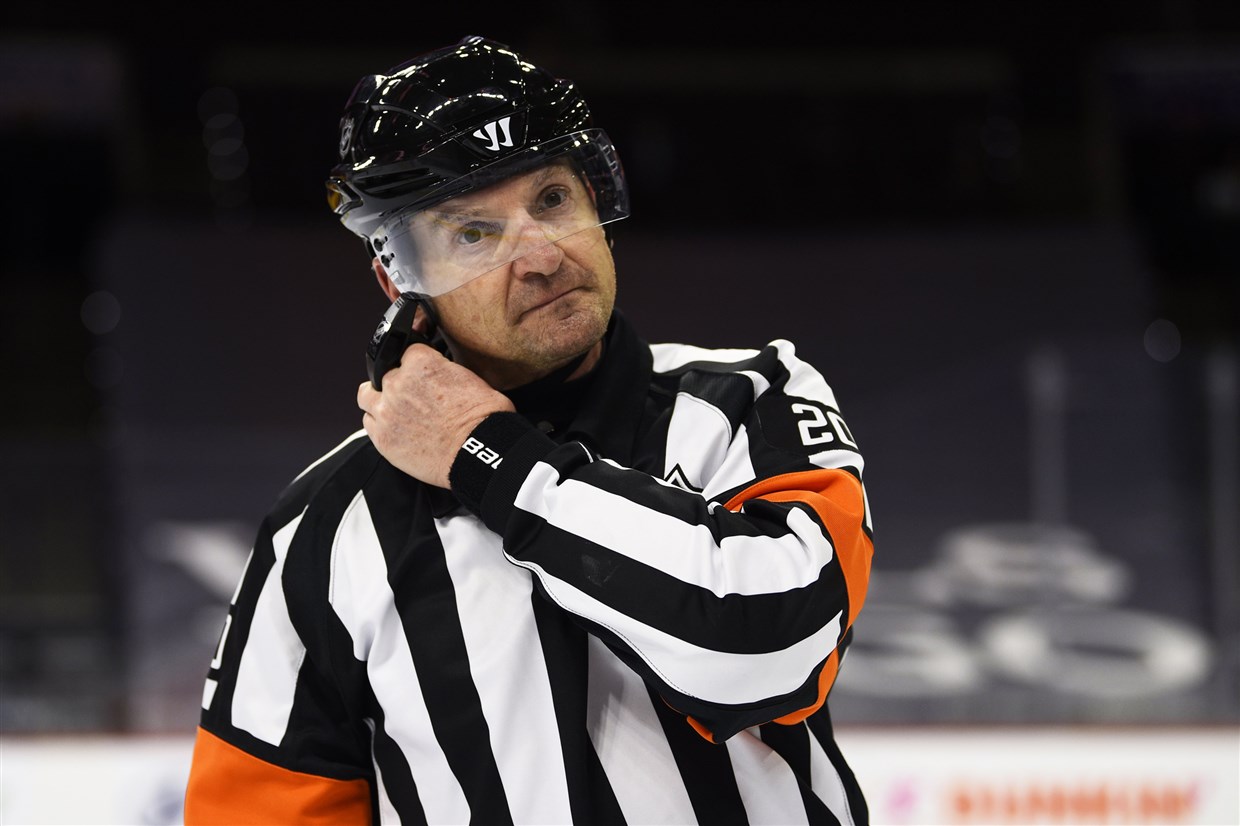 This week in the NHL, the unthinkable happened. An NHL official was caught on a hot mic saying, “It wasn’t much, but I wanted to get a ****ing penalty against Nashville early” as the game went to a commercial break. The incident took place in a contest between the Nashville Predators and Detroit Red Wings on March 23. Less than five minutes into the second period, former NHL referee, Tim Peel, called a penalty against Nashville’s #33 Viktor Arvidsson. The audio was picked up on a live broadcast soon after, which caught Peel talking to the Nashville bench.

The NHL Senior Executive Vice President, Colin Campbell, has since called out and admonished Peel for this transgression. Peel was subsequently fired for his conduct “in direct contradiction” of the NHL’s goal to promote and protect the integrity of the game. The NHL released an official statement on the situation.

In the statement, Campbell made it very clear that Peel will not be officiating another NHL contest ever again. It is also equally likely that he will never officiate another hockey game outside of the NHL. Honestly, I doubt he will have any other future involvement with hockey at any level apart from just being a fan. Peel, coincidentally, was going to retire at the culmination of the current season. With more than half the season completed, his retirement has arrived earlier than anticipated.

An interesting thing to note from the press release is that “there is no justification for his comments, no matter the context, or his intention.” Fans and other players outside the Predators’ bench are unaware of any surrounding context that might have birthed this whole situation.

There is some speculation about the circumstances of the remark from Peel. With about six minutes left in the first period, the officials called Detroit for an interference penalty. Perhaps Peel and the other officials conversed over the intermission about whether it should have been called. The offending player, #73 Adam Erne gave Arvidsson a hard check after a give-and-go along the boards with #64 Mikael Granlund of Nashville. It is possible than Erne believed Arvidsson had the puck after the sequence but still laid him out with a check.

The call could have also come from Peel because he was letting Nashville know that he will be calling a tight game when it comes to trips and other similar calls. If that is the case, it seems like he was in the right…kind of. He did not make up a penalty. Instead, Peel called a push when the Predators’ winger did not have the puck. But why would Peel call a penalty instead of just telling the team. When he was telling this to the bench, specifically #9 Filip Forsberg, there is a bit of audio that could be Forsberg saying, “yeah, I know.” Could Forsberg have been in agreement with Peel that Nashville was getting away without being whistled for penalties? Unfortunately, the rest of the audio is cut off from the clip as the broadcast went to commercial.

Official Error Outside the NHL

Fans of hockey and almost every other sport have been crying out about unfair officials for a long time. Either you feel like your team was called for an unfair penalty or there is a referee who just seems to slow down the game. Viewers always have something to complain about. Baseball has certain umpires who sometimes enlarge or shrink the strike zone depending on the circumstances. Football fans are quick to recall the lack of a penalty in the 2019 NFC Championship game between the Rams and Saints. Soccer players engage in diving and simulation to try and gain a penalty called in their favor. This though, is the first time that something so obvious has been caught in the NHL.

Players, coaches and fans alike, have always felt the repercussions of weak or phantom calls. But to have glaring evidence of their existence can make a viewer uneasy. What other NHL official has made up calls, and which have impacted significant games? Are there other referees that are doing the exact same thing?

What is Next for the NHL?

While that does not necessarily fix the issue, it is a start. Officials should be aware that it is not up to them to course correct a bad call. Unfortunately, mistakes happen. But at one point in everyone’s life, they are made aware that life is not fair.

Should there be an officiating overhaul? I do not think that is necessary at this point. If this continues to be an issue, then maybe the league should start investigating further. The middle of a season is definitely not the right time to make alterations.

It is tough to anticipate what changes might occur. The NHL can currently review goals. But goals happen much more frequently than penalties. Additionally, it is a much more definitive situation. Fans and players might quickly get tired of how the game would be paused for a review. Additionally, that would stem further issues on calls like the Tanev boarding call from March 16.

As it stands, the only progress that the NHL has done is fire Tim Peel. We will just have to wait and see if the league continues to make steps to avoid something like this happening again.

The NHL Needed a Scapegoat. They Found One in Tim Peel.
NHL Conference Contemplations – March 28, 2021