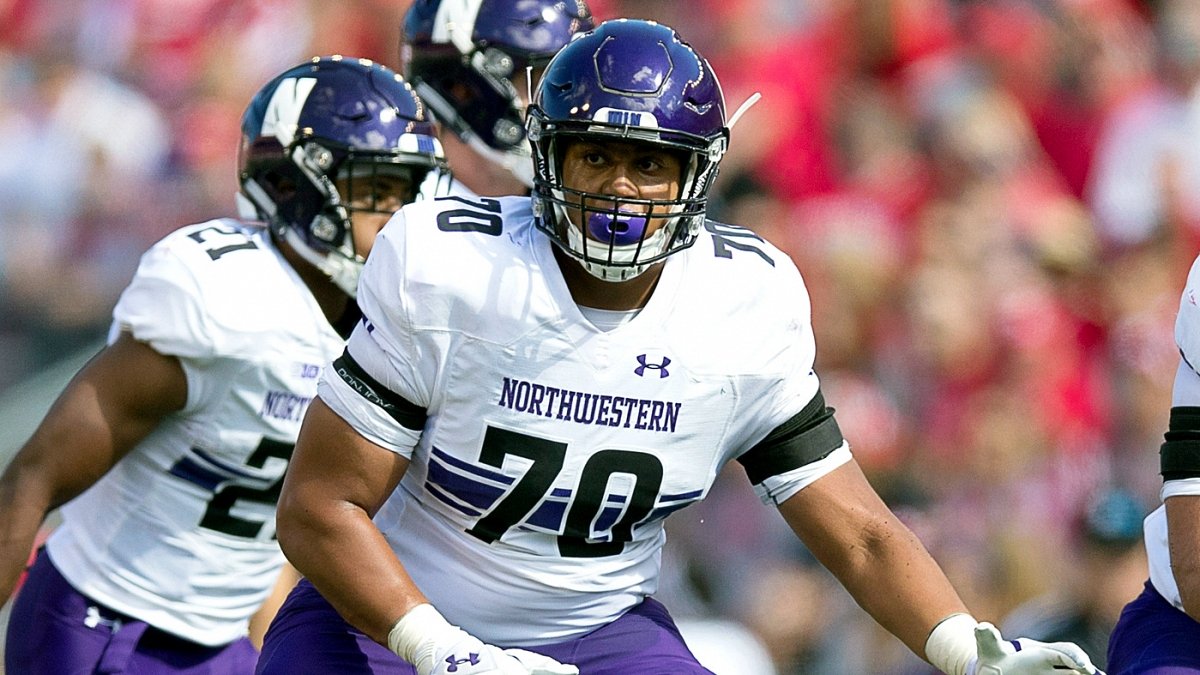 Although he sat out the 2020 season, Rashawn Slater established himself as one of the best offensive lineman in college football in his 3 years starting at offensive tackle for the Northwestern Wildcats. Slater wasn’t among the most highly touted recruits coming out of Clements High School in Sugar Land, Texas, as he was only a 3-star recruit after he was named first team All-District and second team All-Greater Houston in his junior and senior years. He chose to attend Northwestern after receiving offers from the likes of Illinois, Rice, and Wyoming.

Slater started 12 games at right tackle as a true freshman and was named to the Big Ten All-Freshman team. Then, as a sophomore, he earned third team All-Big Ten honors and ranked as the fourth-best offensive tackle in the Big Ten by Pro Football Focus after starting all 14 games at right tackle. Slater then made the move to left tackle his junior year, a year in which he allowed 0 sacks, 1 quarterback hit, and 5 quarterback hurries, amounting to only 6 total quarterback pressures in 11 games. His signature game came against Ohio State in 2019, where he held Chase Young in check, which elevated his draft stock into the 1st and 2nd rounds.

Slater did sit out the 2020 season due to COVID concerns, but evaluators still have him highly ranked on the draft boards. His ability to play multiple positions on the line along with his exceptional athleticism and speed make him a very intriguing prospect in the 1st round. There is some concern that he will struggle on the edges due to his lack of overall strength and length, but teams will be willing to take a chance on him due to his ability to slide to the interior and play center or guard for years to come due to his high football IQ and elite technique. Slater would be best suited to play in a zone-blocking system due to all the traits he possesses, most notably, his mobility.

Pro Comparison: Elgton Jenkins. Since Slater has the versatility and athleticism to play multiple positions on the line, a great comparison for him would be Elgton Jenkins of the Green Bay Packers. Team’s are valuing offensive lineman that can play all five positions heavily nowadays, like we see with Jenkins and Billy Turner for the Packers, so someone like Slater would be perfect fit for any team as he can be moved around the line and still be very impactful should there be a shuffling of the offensive line due to injuries.

Game to Watch: Northwestern vs Ohio State, 2019. In a matchup against one of the best teams in the country, featuring a standout edge rusher in Chase Young, Slater completely shut down his side of the line and showcased why he deserved to be mentioned as one of the top linemen in college football. He held Young to 0 sacks, his only one coming when he was lined up on the opposite side, and contained him in the run game throughout. Slater came out of that matchup holding Young to his least productive game of the season, something evaluators took in high regard.