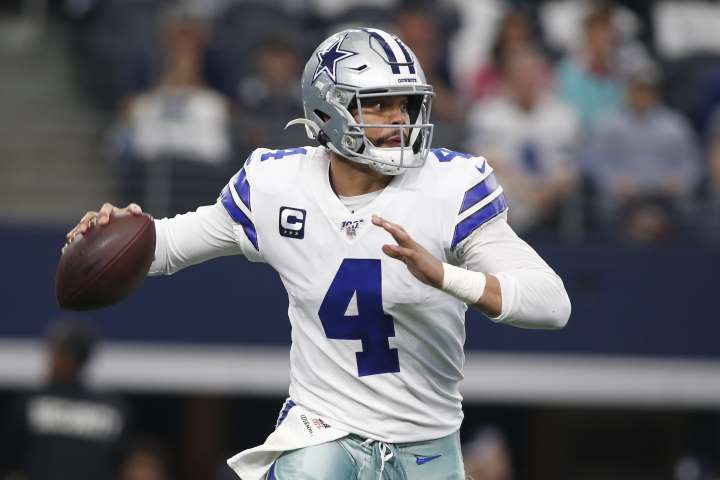 So far, the front office for the Dallas Cowboys has made two signings which have pleased their fanbase: defensive tackle Gerold McCoy and safety Ha Ha Clinton-Dix. Both of these signings addressed key needs on the defensive side of the ball and will certainly help sure-up a Cowboys defense that was anything but impressive last season.

These two additions to the team are nice, but Jerry Jones and company still have a lot of work to do in order to ensure their team’s success in the coming season. They still need more players; the draft will absolutely help that concern, but free agency provides the Cowboys with an opportunity to add athletes with years of playing experience under their belts at a nice value. The only question left is who should these players be?

Having already signed another veteran defensive tackle, you might wonder why the Cowboys are so heavily considering signing the one-time All-Pro Harrison, who had an average year for himself last year in Detroit. Defensive line is one of the Cowboys’ most questionable position groups; mainly due to the uncertainty of whether or not Antwaun Woods will be coming back as well as Trysten Hill’s substandard rookie year. Getting a reliable run-stopper like Harrison would prove invaluable when he would be paired next to McCoy.

On paper, Robby Anderson might look like the more enticing free agent wide receiver to sign, but one of the many factors to consider during free agency is price tag, and Anderson will be asking for a lot more money than Perriman this offseason. Signing Perriman would be a gamble, given his limited track record due to injury. In fact, he had never had more than 500 yards receiving prior to this season, when he finished with 645. But over 75% of those yards were accumulated in the last five games of the season, as leading wide receivers Mike Evans and Chris Godwin dealt with injuries. The Cowboys will have to decide if this increase in production is a product of being a member of the league’s most pass-reliant offense, or a sign of great things to come down the road. If he is teamed up with Amari Cooper and Michael Gallup in Dallas’s offense, the field could really open up for Perriman. Although, with possibly the deepest wide receiver draft of all time approaching, Dallas will have to make sure Perriman’s price tag is low enough. If not, they might as well draft a wide receiver in one of the first three rounds.

This one is probably a long shot, but a defensive line with Gerald McCoy, DeMarcus Lawrence, and Everson Griffen would be a sight to behold. Opposing offensive lines would be tossing and turning in bed the night before a matchup with these monsters. The reason this signing is probably a long shot is because of the price tag Griffen brings with him. The Cowboys do have more than $24 million left in cap space, but with their history of not making big splashes in free agency, it would come as a shock if they ended up signing Griffen.

Historically, the Cowboys have drafted well and tend to build their teams on draft day, not in free agency. It should be the same this year, but adding a few pieces such as one or two of the names mentioned above would go a long way in helping Dallas reach their ultimate goal, a Super Bowl.