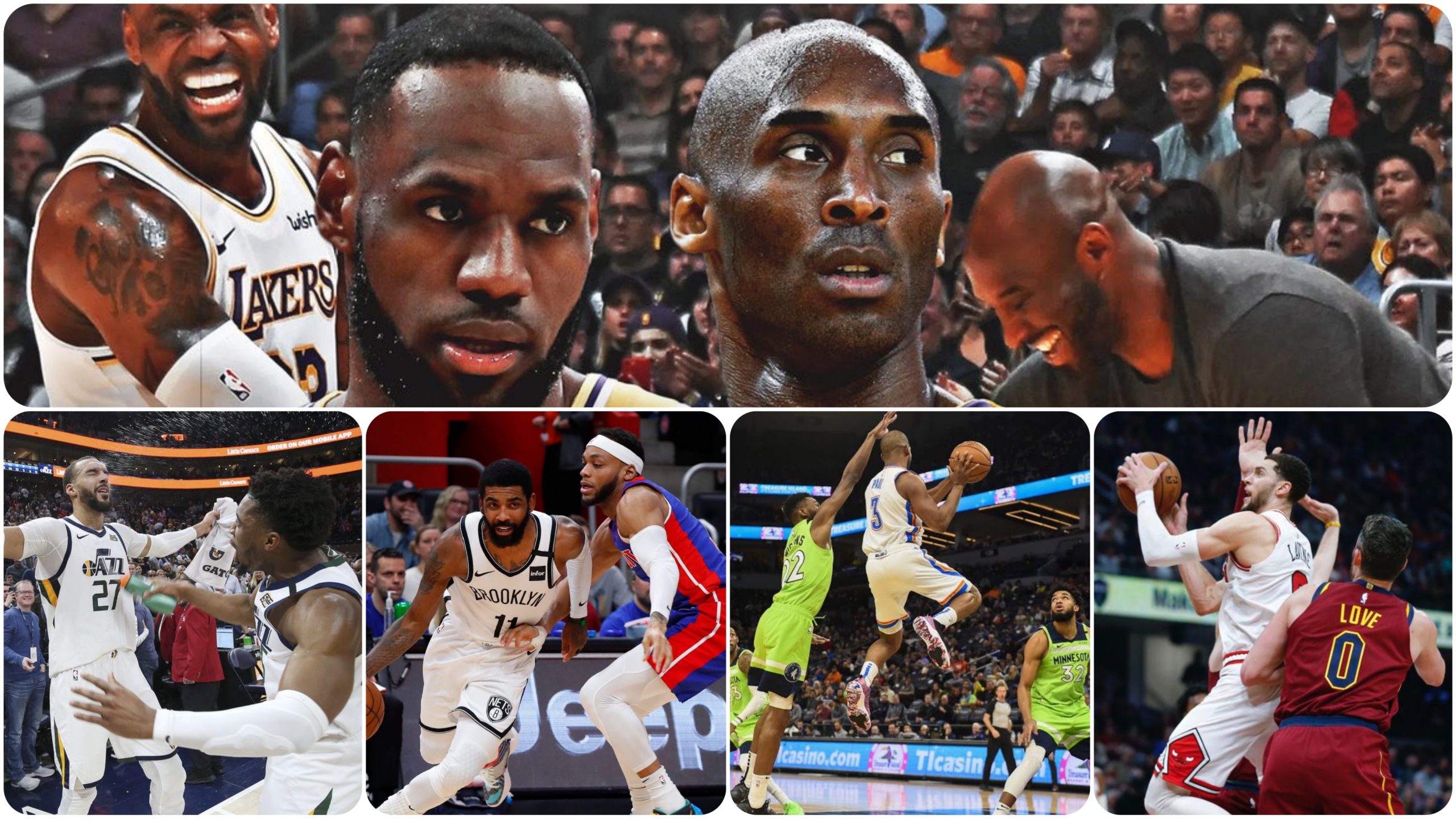 Who is Luguentz Dort?
Dort, a Canadian basketball player by way of Jacksonville, Florida and Arizona State, has excelled with the G League’s Oklahoma City Blue, and started the last four games for the Oklahoma City Thunder.

Ironically, all of them have been wins for the Thunder.

Because of Dort? Well, in a weird sort of perception, yes.

Dort has been assigned to guard the toughest of the tough in the Thunder’s last four opponents, and his efforts whow in their numbers:

Granted, the points are there to a degree … but look at each of those stars’ shooting percentages with Dort guarding them like a rabid bulldog.

And in their respective games against the Thunder this last week, both Evan Fournier and Trae Young went scoreless in the first quarter.

You can argue against Dort, but numbers don’t lie.

The only exception may be James Harden, who has missed 80 of his last 100 three pointers. It’s a good thing the Houston Rockets picked up Russell Westbrook – he has led Harden and the Rockets through this adversity.

But give it up for – and keep an eye on – Luguentz Dort.

The other irony is Dort’s name, which in French, means ‘sleeps.’

But don’t sleep on this guy.

The Dallas Mavericks may have stampeded out to an 11 point first quarter advantage, but the Utah Jazz made sweet music when it counted, in the second (30-22) and fourth (32-23) quarters to push the Mavericks to their 17th loss of the season, while Utah won its 32nd game and reaffirmed its position as second seed in the Western Conference. Luka Doncic and Donovan Mitchell’s results basically cancelled each other out, and the play of Rudy Gobert – specifically his defense – was the difference in the game. The Jazz have now won 11 of their last 12 games. Four games separate these two teams in the rankings.

NOTE: The Dallas Mavericks acquired center Willie Cauley-Stein from the Golden State Warriors for a second round draft pick.

NEXT GAMES
Mavericks at Thunder – Monday
Rockets at Jazz – Monday

A 15-5 burst was all that the Brooklyn Nets needed after battling the Detroit Pistons to a 106-106 tie at the end of regulation, after coming back from a 60-50 halftime deficit to Detroit at Little Caesars Arena last night. Kyrie Irving led all scorers with 45 points, but dropped 17 of those in a huge 30-17 third quarter to bring the Nets back into the game. He could have ended it in regulation, but missed a three pointer and the two teams went to the extra period. Spencer Dinwiddie and Caris LeVert combined for 21 off the Brooklyn bench.

NEXT GAMES
Nets at Knicks – Tonight
Cavaliers at Pistons – Monday

The Cleveland Cavaliers probably don’t want to see Zach LaVine much anymore, if at all.  The Chicago Bulls guard has dropped 86 points on the Cavs in the last eight days and if he quit shooting or playing, Cleveland would probably be okay with it. The game was tied at 69 before the Bulls went on a stampede that turned into a 40-19 third quarter – as if Cleveland, Ohio were Pamplona, Spain – and bloodied the host Cavaliers to take control of what had been a fairly even game until halftime. Kevin Love led the Cavaliers with 20 and 11.

NEXT GAMES
Spurs at Bulls – Monday
Cavaliers at Pistons – Monday

A 15 point advantage in the third quarter on the road in Minneapolis showed that it really doesn’t matter what court the Oklahoma City Thunder play on, as long as it’s 94’ x 50’ and has two 10’ hoops, they’re going to show how a team should overcome adversity and come out with a win. For a ‘rebuilding’ team that was to have had no chance at sniffing a winning record, much less the playoffs, the Thunder have done it 28 times as of last night. At 28-19, while they’d be a seventh seed in the Eastern Conference right now as well, at least the seventh in the East would boast a winning record. Chris Paul’s leadership could be seen again last night, as the Thunder’s guard corps handily won out over a combined 59 point effort from Karl-Anthony Towns and Andrew Wiggins. Dennis Schroder continues his evolution and Darius Bazely jumped into the fray last night, as well. Shai Gilgeous-Alexander finished with 11 and seven on the night.

NEXT GAMES
Mavericks at Thunder – Monday
Kings at Timberwolves – Monday

The Philadelphia 76ers jumped out to a 10 point lead in the first quarter, and the Los Angeles Lakers never seemed to recover. To be honest, the Lakers’ body language looks like they’re still reeling from being bombasted by the Boston Celtics earlier in the week. Or maybe, they’re just wearing down, tired of being the only two Lakers doing anything of significance and everything but the kitchen sink. LeBron James’ lone takeaway from his visit to Philadelphia was passing Kobe Bryant on the all time NBA scoring list in Bryant’s hometown. James passed Bryant’s 33,643 points with a simple layup, but finished the game with 29 points to end at 33,655 … and many more to go.