The Fab Five: NBA Games You Can’t Miss This Week 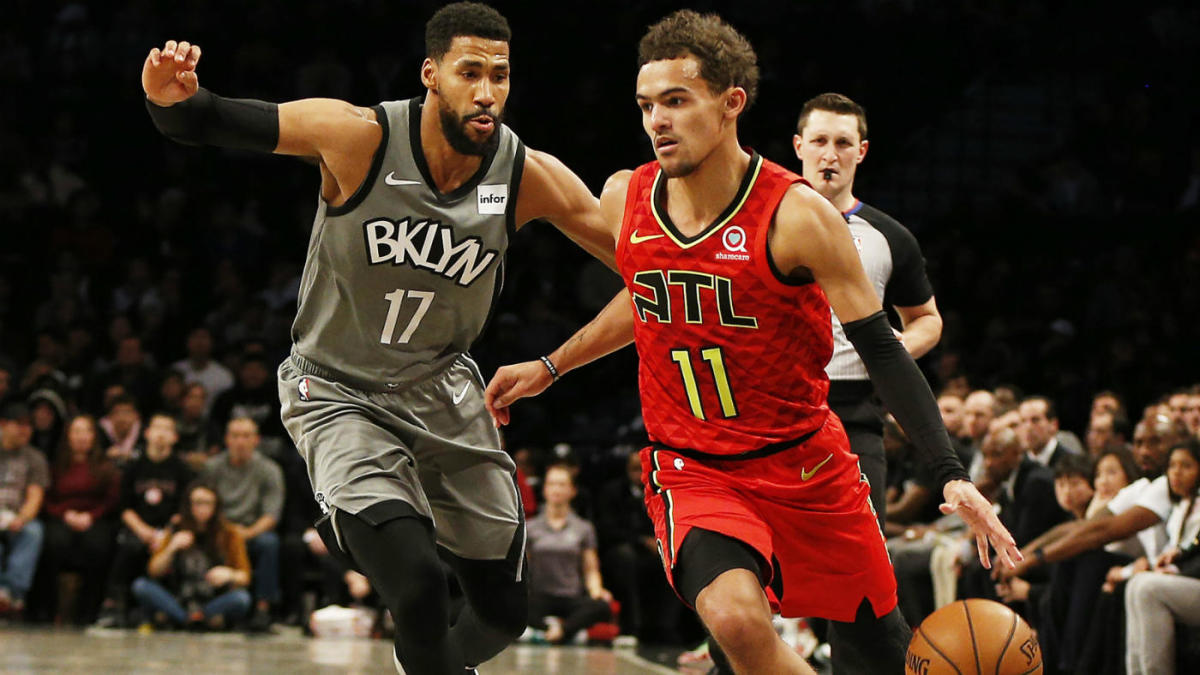 Welcome back to the Fab Five, where each Monday, we’ll discuss the coming week by looking at five upcoming NBA games to track the latest storylines, rivalries, and star-making performances. As a reminder, we won’t be covering nationally televised games— most of those do a good job of promoting themselves. Instead, consider this a guide to the deeper NBA landscape, allowing you to spot the trends of the season before the major networks pick up on them. Use this information wisely, however–nobody likes a hipster.

It’s about time we shed some positive light on the Golden State Warriors on the Fab Five (they are my team after all). After what can only be characterized as a rocky start, the Blue and Gold seemed to have righted their ship, culminating in a statement win over the Los Angeles Clippers. Though Stephen Curry’s been reigning supreme over the Clippers since 2012, there’s something special about his 2021 run—with a team around him that’s so evidently imperfect, his greatness shines through even brighter.

That’s not to say his running mates are subpar– they’re just less brand-name than usual. Andrew Wiggins has been sneakily effective in his last five games–he’s been uncharacteristically efficient from three, and racked up four blocks in his most recent game against the Toronto Raptors. As if they needed more reasons to be watched, the Warriors have even made their bench unit entertaining. Moving Eric Paschall to the center position has unlocked his potential in unconventional fashion, allowing him to zip by lumbering centers for thunderous finishes at the rim.

Meanwhile, the Pacers have quickly earned their status as my favorite team in the Eastern Conference. They’re a legit 6-3, boasting wins over the Celtics, Pelicans and Rockets. Their depth is nearly unparalleled—I’m not sure any team can roll out a starting lineup as talented across the board as Malcolm Brogdon, Victor Oladipo, T.J. Warren, Domantas Sabonis, and Myles Turner. As their roster’s strengths bring a sharp contrast to the top-heavy nature of the Warriors’ stars, their matchup at the Chase Center is sure to prove a fascinating clash of styles.

If you had the under on the Kevin Durant-Kyrie Irving honeymoon period lasting an entire month, congratulations! Contact your local bookie to collect your winnings. If you’re a Brooklyn Nets fan, however, you’ll have to accept my sympathy as your only reward. After a scorching start, the Nets have fallen back down to earth in a major way, dropping a loss to the lowly Oklahoma City despite Durant’s best efforts. Now with Irving out for the forseeable future, the Nets will have to cobble together their identity against a Nuggets team that’s beginning to turn their season around. On a positive note, Durant did note in his Brooklyn onboarding that he loved how Brooklyn employed their role players, somehow even more than Steve Kerr’s system that paired him with some of the best teammates of all time. Maybe the change in offensive focus could be exactly what KD wants–though it’s worth noting those comments were made two coaches ago.

As a side note, let’s take it easy on Kyrie Irving from a personal standpoint. While I don’t endorse his initial lack of communication with the team, let’s face reality: we don’t know what’s going on with him. Mental health can be difficult to navigate, especially given how tumultuous this week has been. You can’t praise guys like Kevin Love and DeMar DeRozan for their mental health advocacy and in the same breath strip Kyrie Irving of the benefit of the doubt. Let’s wait until we know the full picture and then make our judgements.

This one’s simple: two of the league’s premier playmakers facing off in a high-scoring, uptempo battle. After a slow start, the Luka Doncic MVP train is fully in motion. For crying out loud, the dude was a rebound away from recording a triple-double in each of his games last week. Against a defense as ineffective as Charlotte’s (they’ve allowed over 100 points in nine of their past ten games), expect the Slovenian superstar to continue making a case for recognition come season’s end. With Kristaps Porzingis making his return to the starting lineup, this matchup could very well be our first glance into the Mavericks’ title contention form.

As for the opposition, LaMelo Ball has quickly become nothing short of must-see. Imagine the gall you have to possess to post the youngest NBA triple double ever—off the bench. It’s difficult to imagine he rides Charlotte’s bench for much longer, especially given that Devonte’ Graham is shooting 26.9% from the field. Going up against one of the league’s most high octane offenses, James Borrego could easily make the call to start the third overall draft pick as early as Wednesday.

If Charlotte-Dallas is a battle between two of the league’s emerging playmakers, consider Hawks-Suns a clash of generational point guards. Chris Paul and Trae Young are two of the league’s craftiest playmakers, and one could make a case that the duo is comprised of the two best foul-drawers ever for their size.  Both fierce competitors as well, if you need to wager on which game will produce a fight, I’d recommend putting your money down on this one.

If you’re not eagerly anticipating a brawl, Atlanta’s entering this game as a desperate franchise. They started off their season winning four of their first five games, but have alarmingly dropped four straight to subpar opponents. The Hawks are facing their first real test of the season against a red-hot Phoenix team, and the fact that Bogdan Bogdanovic has gone down with a fractured knee isn’t doing them any favors. Needing to right the ship before it sinks, expect a hotly contested game from Atlanta, with the potential for some chippiness as it draws to a close.

Can we call this a Requiem for a Blown 3-1 lead? After Jamal Murray dropped multiple 50-pieces on Utah in the Orlando Bubble, the Jazz have to be looking to score some payback. Though the Jazz have had some struggles of their own, they’re much deeper than they were during postseason, now with Derrick Favors and Bojan Bogdanovic in tow. After a statement victory against the Milwaukee Bucks (shooting 47.2% from three!), one must surely think that they’ll be out for some playoff revenge.

For their part, Denver is also rounding into form. They struggled mightily on the defensive end to begin the season, but they’re heading in the right direction, having most recently held the New York Knicks to 89 points.  With their nuclear offense still mostly intact, they’ll be sure to hold their own against their former playoff adversaries. By the way, the Nuggets currently hold the title belt for most interesting niche subplot in the league–JaMychal Green is shooting 51.9% from three while only playing twenty minutes per game. There’s no way both of those will continue for much longer.

Join me next Monday for another edition of the Fab Five—my blood pressure from Warriors-Raptors may return to a normal level by then.