The Grizzlies Are Getting Playoff Ready–But is That a Good Thing? 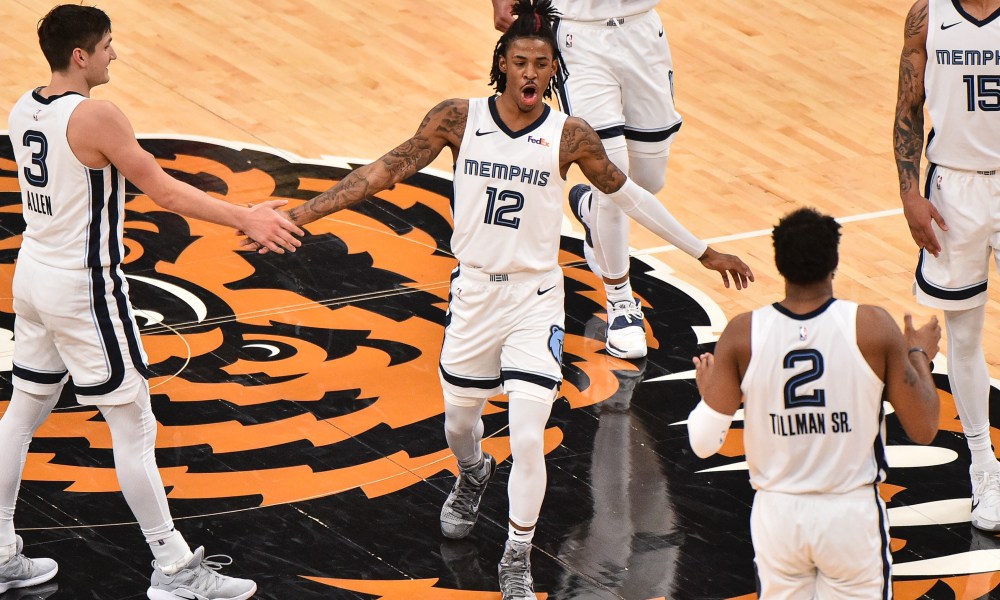 With just six games left on their regular season schedule, the Memphis Grizzlies’ attention is rightly on the postseason. Barring a total collapse on the part of the Grizz and a miraculous run by the Sacramento Kings, the NBA’s second youngest team has a spot in the play-in game all but wrapped up, with at least somewhat of a shot at securing the eight seed. On the verge of the franchise’ second consecutive year in the tourney, it makes all the sense in the world that Taylor Jenkins has his squad focused on the playoffs. After all, achieving the same result of an early exit after a year’s progress could represent some damage to the young squad’s morale–and that’s not even mentioning the team’s fans, whose patience begins to run thin as expectations increase.

However, if you’ve been keeping up with the team, you’ve probably noticed that I’ve been tiptoeing around the elephant in the room: the squad’s results. Having just played three of the league’s worst teams, the Grizzlies haven’t done a great job of inspiring confidence, to say the least. They’ve dropped matchups to the Orlando Magic and Detroit Pistons. Though the team triumphed over the Minnesota Timberwolves, that game was also closer than it had any right to be. While Memphis certainly has their eyes on the larger prize, it certainly raises some concern that their runup to the playoffs has been littered with failures to execute. In fact, it seems like the team’s quest towards playoff basketball has been actively harmful to their on-court product.

One reason for this is that in transitioning to postseason ball, Jenkins has begun to play his core starters huge minutes. Over the last three games, Dillon Brooks is logging 32.2 minutes per game while Ja Morant is averaging 37.1, a mark that would be the second highest in the league. Given the hectic nature of Memphis’ schedule, this move is nothing short of a gamble. Especially considering the bargain-bin quality of the Grizzlies’ opponents, I’m not sure it’s worth it to potentially tank the starters energy levels heading into the postseason, especially when the team’s fatigue gives way to sloppy crunch-time play.

However, it’s not just the team’s core players who’ve had their roles tweaked. Jenkins and company have been trying to figure out their postseason rotations for a while now, shifting players’ minutes, positions, and playing privileges. There’s no doubt that this is happening with the postseason in mind; the early season rotations were cute, but to make waves with the NBA’s most talented teams, Memphis needs to maximize their talent at hand. I’ve written before about how this process has affected certain players (namely Brandon Clarke), but with the entire roster’s role up in the air, it’s clear that the team’s chemistry has been thrown off. The moves breed confusion, but moreover it seems that the life has been sucked out of the team– players are in funks, shoulders are slumping, and the energy that used to define the Next Gen Grizzlies seems to have been depleted.

Stylistically, the team seems to have been switching things up as well. In the leadup to the playoffs, where Memphis will be facing the league’s best ball handlers, they’ve gotten less reliant on steals. Averaging nearly three less takeaways per game, the Grizz haven’t let a lack of transition opportunities bog down their offense, posting an offensive rating of 115.3 over the last trio of games. For what it’s worth, some of that offensive buoyancy can be attributed to the team getting more physical. With free throws up from 21.1 to 23 per game over the last triad of contests, it’s clear that Memphis is attempting to buckle up for the grind-it-out basketball of the NBA’s biggest stage.

Unfortunately, the team’s defense hasn’t followed suit. Given the Grizzlies’ inconsistent offense, their defense has to be able to slow down the league’s big fishes. Instead, they’ve been drowning amongst the NBA’s most pacified minnows, allowing 123.5 points per 100 possessions against a smattering of basketball’s worst offensives. Even more problematically, they’re getting carved up by all sorts of attacks. Whether it be star performances (think back to Anthony Edwards’ career 42-point night), or team-wide dominance (somehow seven Pistons finished in double figures against the Grizz), Memphis’ D has been carved like a Thanksgiving turkey.

By all accounts, the team’s perimeter players have been doing a fine job as of recent. Brooks and Kyle Anderson are actually allowing less makes over the last three games, at least on a percentage basis. Though Morant’s opponent field goal percentage has admittedly increased, it’s a less than one percent uptick, meaning the Grizzlies perimeter D has been a net positive. That leaves the team’s bigs, whose defense hasn’t been pretty. Jonas Valanciunas has been…alright, but Jaren Jackson’s communication issues with the rest of the team continue to be a problem, especially in pick and roll situations. Clarke doesn’t always see the floor, but opponents are shooting 40.7% from three and a staggering 60.9% on twos against the Canadian.

With under ten days left in the regular season, it’s clear that the Grizzlies have some work to do in order to patch up their playoff readiness. For one, the Jackson question needs to be decided. The team announced Jaren’s returning to the starting lineup, but that’s not a certain improvement, especially given JJ’s sagging numbers on the court. Aside from that, Jenkins needs to pull an Avatar, conjuring up some fire to fuel the team’s conclusion of the season. Tonight’s game against the Toronto Raptors is a good start–the Raps are themselves fighting for a play-in spot, so Memphis will need every ounce of nasty they can muster. Given that Memphis’ grasp on the eighth seed is failing, let’s see if they can measure one last fantastic response.