The Only Win-Win Russell Westbrook Trade 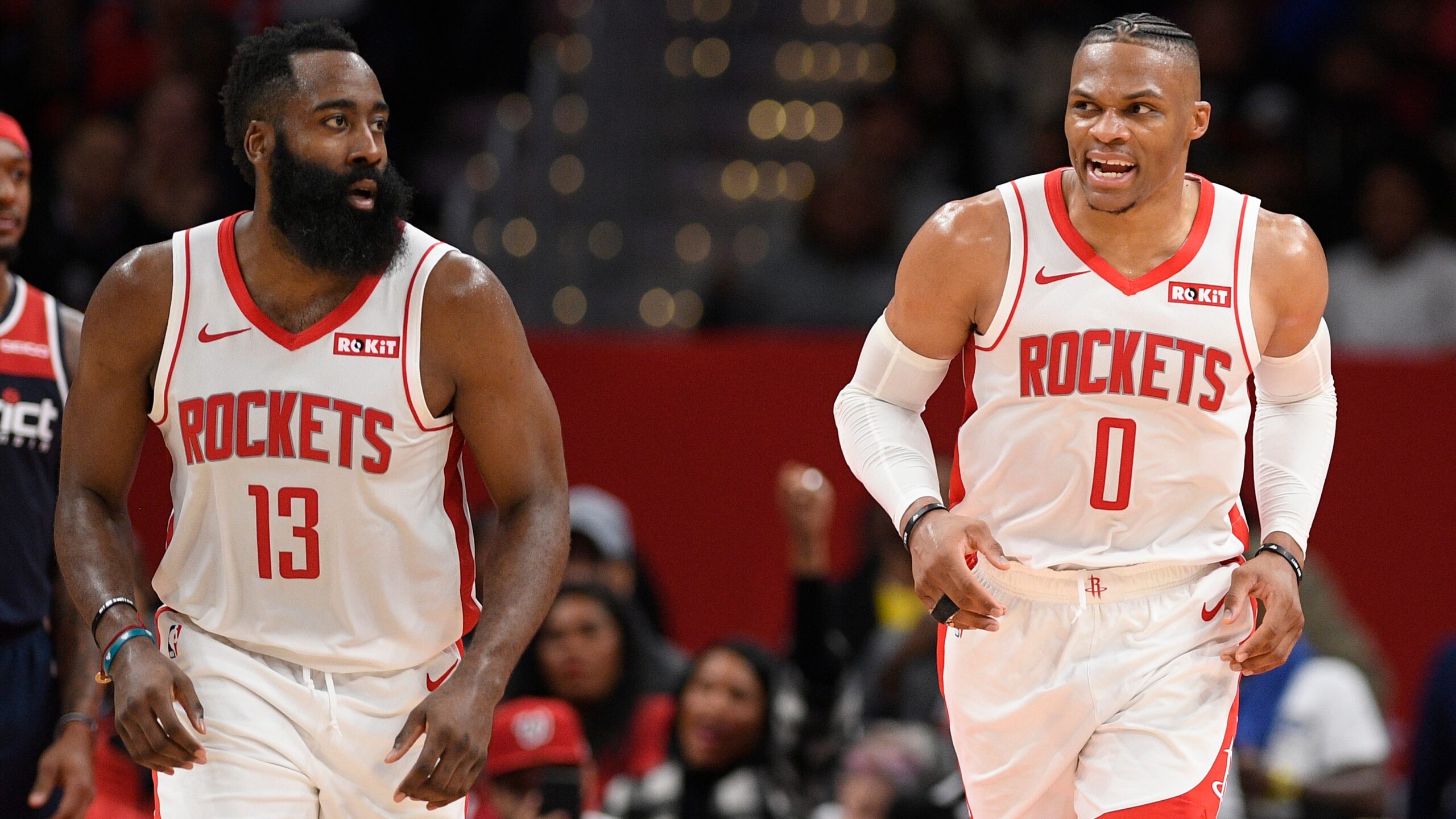 Ladies and gentleman, the Houston Rockets are falling apart. And not just internal squabbling-esque falling apart, they’re bursting at the seams. Over the course of a few hours, the mediasphere was flooded with stories of anger and discontent, from demands for pay raises to quarrels about free throw distractions. At this point it’s easier to count the number of Rockets who aren’t unhappy rather than vice versa. Those poor, poor Houston fans. As for me? Well, let’s just say that this is how my apartment’s looked this past few days:

Here’s how it looked when I took a walk:

And this is how it looked when I went into work:

Needless to say, I’ve been savoring the downfall of the Dubs’ longtime rival. That being said, the Rockets do have an interesting collection of pieces to deal away: two former MVPs, three other quality veterans (Eric Gordon, PJ Tucker, Robert Covington), and multiple other cheap wing options such as Danuel House and Demarre Carroll. Naturally, after I finished celebrating the Rockets’ implosion, my mind wandered to all the potential trades Houston could make in order to remedy their roster woes.

Boy oh boy, did the internet beat me to it. From ESPN to Reddit to FarmersOnly.com, sports fans everywhere lit up pages with trade speculation. Though I saw some reasonable proposals involving Gordon and Covington, the twittersphere couldn’t seem to make its mind up about Russell Westbrook. I don’t particularly blame them–in trading Russ, you have to deal with his albatross of a contract–but come on. Most proposals for Westbrook are asinine. They tend to fall into one of two categories–a championship contender like the Clippers sacrifices whatever depth they have to take on the former MVP, or a middling team takes on Westbrook for some throwaway contracts, cementing their ceiling as a sixth seed for the next four years. I can’t let either of those stand. If an MVP is to be traded, it needs to be in a win-win deal, and I think a trade is sitting in the sphere of possibilities that checks those boxes.

For the Rockets, their reasoning here is simple. Oladipo allows Harden to return to running the point guard position for the first time since 2017 (his MVP season), as well as giving Houston a solid backcourt and some much needed cap relief (Oladipo’s contract comes off the book at the end of this coming season). Don’t sleep on the importance of shedding salary for Houston– their owner, Tillman Fertita, is notoriously cheap, so getting rid of Brodie for an expiring contract would be ideal in his eyes.

As for Indiana, Oladipo is already a goner. His desire to leave Indianapolis for greener pastures has already been publicized, even before reports surfaced of him asking members of the Knicks and Heat if he could join them in the coming season. As such, Indiana needs to extract as much value from him as they can. The key to understanding Indiana’s side of the deal is to remember their history–it’s not like the Pacers have some grand history of wooing free agents to Indianapolis. Take it from me, I live in the midwest–no NBA player is packing up their bags from Miami or LA to live here. The Pacers rarely have an opportunity to land a true superstar, and despite Westbrook’s lack of team success, he’s their best shot at scoring a game-changing player. With a supporting cast including Malcom Brogdon, Myles Turner, Domantas Sabonis, and TJ Warren, the fit isn’t half bad either. Considering the amount of shooting around him, the squad (especially in the Eastern Conference) might be Westbrook’s best shot to make it to the Finals since 2016.

It’s clear that Westbook is going to be traded, one way or another. Whether it be to the Knicks, Hornets, Pacers, or some other team, I hope that he lands somewhere he has a shot to make one more Finals run. After all, he has a legacy to protect–as of now, he and Derrick Rose are the only MVP winners to never make a conference Finals after winning the award. At 32 years old, his chances are running out. As much as I enjoy rooting against him, the NBA is clearly best when Westbrook is a playoff threat. Let’s hope Houston gives him the opportunity.