The Players Association and MLB Have Begun Negotiating the Next CBA 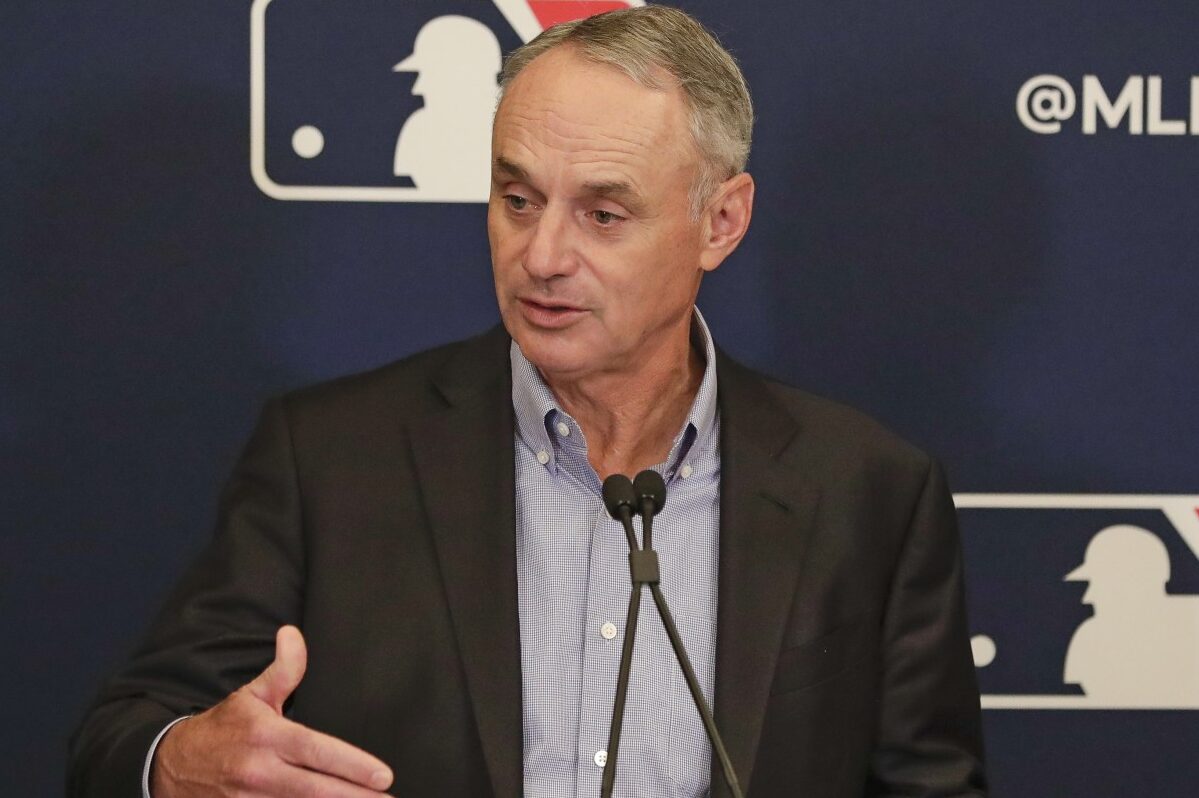 The Players Association received their first proposal for this winter’s collective bargaining agreement and it is all about the money.

This winter, the Players Association and Major League Baseball will be in the heat of negotiations. With the 2016 CBA set to expire in December, a new one will need to be agreed upon by the league, owners, and players. In doing so, several updated terms and conditions will be debated throughout this offseason. And, on Wednesday, Major League Baseball opened the talks with a surprising set of salary restrictions.

Baseball is quite infamous for not having a salary cap. Therefore, the sport has a minor tendency of paying to win. Historically, this has not been deemed a large issue, but recent seasons have displayed otherwise. More big-market teams have fully committed to surpassing the luxury tax. Whereas, smaller market teams have continued to spend less and less. Why teams have accepted eclipsing the luxury tax could be attributed to having too small of a penalty.

Under the 2016 agreement, there are three levels of luxury tax penalties. In 2021, if a team were to surpass a payroll of $210 million, they would succumb to the luxury tax. The taxation of payrolls ranging from $210 to $230 million is currently at 20%. It then jumps to 32% for those spending between $230 and $250 million. Lastly, any team spending more than $250 million would receive a 62.5% tax fee. Currently, six teams host salaries around or above the luxury, with the Dodgers ($267) receiving the largest taxation.

On Wednesday, MLB made a proposal to lower their luxury tax bar, while increasing the percentage too. Teams that spend over $180 million would receive a 25% tax. The other level specifications were not released, but an additional one was. So, instead of three tax levels, there would now be four. Additionally, to balance this decrease, MLB has suggested a minimum salary cap of $100 million.

These changes are far from what the Players Association was anticipating. League revenues, not counting 2020, have been on a consistent rise for many years now. According to Statista, from 2015-2019, MLB revenues have, on average, increased by $500 million. Therefore, the players have a fully warranted expectation for an increase in salaries.

Another issue with this proposal can be evaluated on a team level. If these changes had been implemented this year, seven teams would be included in the luxury tax, while twelve teams would sit below the minimum. Therefore, just over a third of the league would be in the sweet spot of salary spending. This is simply not enough teams currently adept for such a change. Moreover, these changes would not only anger many teams, they would further enrage the players. Players that are already very unhappy with the league.

Since 2007, there have been three collective bargaining agreements, with each lasting five years. The latest deal has run from 2016 up until the end of this season. However, due to the COVID-19 shortened 2020 season, many alterations were needed. Most importantly were reducing the season to just 60 games, playing without fans, as well as players taking a 63% base salary cut. Therefore, it should come as no surprise that the league saw severe drops in revenue.

These terms were far from easy to agree upon. The Players Association was firmly against pay cuts, but, ultimately, it needed to happen. The reason any of this is still relevant is because of the damaged relationships between the two parties. So much so, the Players Association has a $500 million grievance against MLB for their poor handling of last year. Furthermore, the 2021 season has only heightened the division between them.

The two major decisions that have stirred up players involved the ball itself. The first was the deadening of the baseball’s flight. Consequently, pitchers began 2021 at a remarkably dominant pace. So, to counteract this, Manfred enhanced the enforcement and penalty for pitcher’s use of forbidden substances. From there, an avalanche of player criticism ensued. While cracking down on sticky substances has worked to some degree, it surely came at the expense of the pitcher’s morales.

While this is just the beginning of negotiations, it could easily be viewed as a rough start. The league has a strong recent history of going against their player’s suggestions and this proposal might just continue that trend. Holding a stricter stance on the luxury threshold would be a nice addition. However, if doing so means a stronger penalty on smaller markets as well, it seems counterproductive.

The competitive imbalance in baseball today is as great as ever. Teams like the Baltimore Orioles are content with their recent poor play and not doing much to rapidly fix it either. Whereas the Los Angeles Dodgers are willing to win now at any cost. This proposal attempts to address valuable problems with baseball today, but the execution seems to be off.

The polarizing division in baseball’s competitiveness, payrolls, as well as player’s morales, could lead to a very exhausting winter. If negotiations are as poorly executed as in 2020, yet another strike could be coming to the game of baseball.

Weekly AL East Recap: Playoff Contenders Holding Steady
The Field of Dreams Game Will Be Back Next Year, But Will it Work as Well