The Rundown v121720 – Lakers May be Unstoppable, Phoenix Has Yet to Rise 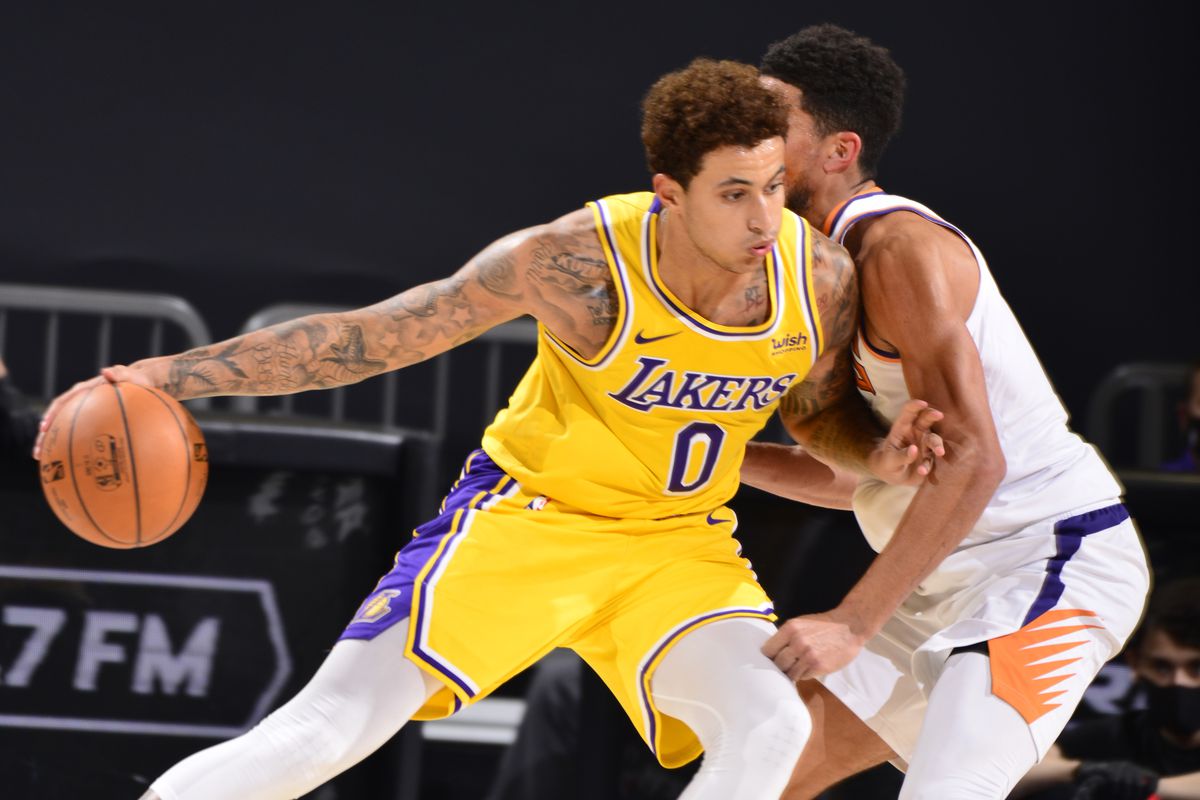 Last night, Kyle Kuzma and Talen Horton-Tucker just traded places, but both have helped L.A. to a 3-0 pre-season so far. Meanwhile, Phoenix can't seem to find the rhythm that gave them an 8-0 run in the bubble and Chris Paul is a ghost.

The Portland Trailblazers and Cleveland Cavaliers all had slices of humble pie last night with the Cavs losing their first of the pre-season, while Portland had their helpings crammed down their throats by a resilient Denver Nuggets squad.

Oklahoma City suffered the same fate at the hands of their former head coach and the Chicago Bulls, while the Phoenix Suns seem to have a hard time rising this year. I mean, I know it’s mid-December, but even the New York and Philadelphia skylines have a brighter outlook this morning …

The New York Knicks – in the midst of a winter storm – threw a wet towel on the nice start to the pre-season that the Cleveland Cavaliers were enjoying.

It looked like Andre Drummond was finally feeling comfortable with this team and Darius Garland is slowly taking command of the Cavaliers with his play this season.

But the Knicks are cultivating a culture under new head coach Tom Thibodeau and they don’t want to be denied the opportunity to turn New York’s fortunes around. Last night, Kevin Knox jumped into the fray with R.J. Barrett and Julius Randle, who’ve led the team in the Knicks’ two prior pre-season outings – a win and a loss.

Knox matched Barrett’s 16 point output and Randle led the Knicks with 18 points as New York used a 34-13 fourth quarter avalanche of offense to bury the Cavs and take the win.

Drummond matched Randle’s 18, and added 14 rebounds in a valiant effort in the paint. Garland added 13, and Dylan Windler – a 2019 draft pick who’s played for the Cavaliers’ G League team, the Canton Charge, added 11 points. This year’s draftee, Isaac Okoro, finished with 10 points after having a fantastic NBA debut in Cleveland’s first pre-season game.

Billy Donovan got a beautiful win against his former team, the Oklahoma City Thunder, last night in OKC. And if you thought the Chicago Bulls have been a dumpster fire the past decade and fell out of love with watching them, let me be among the first to say – the fun may be back.

You could tell in flashes of promise last season that Coby White was going to be something special, and his play in pre-season thus far has done everything to cement that notion. White led all scorers with an impressive 27 points last night, and Zach LaVine wasn’t far behind with 24 to go along with five assists. Rookie Patrick Williams had this third solid game in a row at 13 and seven. Lauri Markkanen and Chandler Hutchison popped in 11 apiece in the 21 point win.

The Bulls shot 58 percent on the road while Oklahoma City could hardly muster hitting only 37 of their 97 shots. That helped the Bulls utilize a 64-43 run over the second and third quarters to salt the game away.

Shai Gilgeous-Alexander has yet to stand tall and accept this mantle of team leadership this pre-season. He finished third on the Thunder on this paltry night, where Al Horford – yeah, I forgot he was on the Thunder roster, too, don’t feel bad – shared team high honors with Frank Jackson at 15 points apiece.

Theo Maledon, who impressed out the gates in the Thunder’s first pre-season outing, finished with 11 off the bench, while undrafted UCLA product Moses Brown came off the deep bench for a dozen on the night. Darius Bazley, Alexsej Pokusevski, and Isaiah Roby all finished in single digits, while Luguentz Dort sat on the goose egg for Oklahoma City.

NEXT UP
Chicago at Oklahoma City – Friday, 8 p.m. EST

The Denver Nuggets didn’t take their first pre-season outing – a 107-105 loss to the Golden State Warriors – too lightly. With the shortened off-season, brief pre-season, and 72 game regular season looming, pre-season in 2020 isn’t a time to goof off if you are a team that wants to move past consecutive exits in the Western Conference semifinals and conference finals.

Denver brought it all out last night, with Paul Millsap leading the way, and Jamal Murray and P.J. Dozier front and center in their second game of the pre-season, a convincing win over the Portland Trailblazers.

They started out with a shotgun blast start, leading 41-24 after the first 12 minutes, only to cap the night with an 11 point margin (36-25) in the fourth quarter to close, seal, and never revisit that mining operation again. They struck gold.

The other usual suspects finally joined in, as well. Nikola Jokic finished with 12 points, 11 rebounds and eight assists, Bol Bol had 10 and six, and Michael Porter, Jr. ended up with 10 and five in the win.

Portland struggled about as much as the Oklahoma City Thunder did in their game, both teams only hitting 37 shots on the night. Portland took 98 looks to net a 37 percent night while the Nuggets rained on the Blazers with 52 percent connecting on the Pepsi Center home floor.

Rovert Covington stepped to the plate last night for Portland with a team high 15 points. Carmelo Anthony, Damian Lillard, and Enes Kanter each dropped 14 points for the Blazers in the loss. C.J. McCollum added 13, and after a strong showing in the Blazers’ first two games, Harry Giles finished with a deuce.

NEXT UP
Portland at Denver – Friday, 9 p.m. EST

There may be no stopping the Los Angeles Lakers this season. There’s no other way to put it.

Kyle Kuzma and Talen Horton-Tucker simply traded spots in the 1-2 punch of the Lakers’ pre-season stat lines, while Montrezl Harrell rounded out the Top Three in the Lakers’ success stories through three pre-season games.

At the very worst, they’re building a solid second string core, though many may argue that Horton-Tucker may be giving head coach Frank Vogel headaches and fits as to where he’s going to work the young man in once L.A.’s regular season rotation kicks in.

Answer is, with this depth, who says there needs to be a regular rotation outside of starting Anthony Davis and LeBron James?

The Lakers are set, barring injury.

Phoenix still has a lot of question marks as they look like the same team that struggled to last place last season. The 8-0 run through the bubble in Orlando was damned impressive, but we haven’t seen that team yet, at 0-3 in the pre-season.

Jevon Carter – who spent his first years in the NBA with the Memphis Grizzlies – looked good off the bench with 15 points, and Jae Crowder finally got some action in as a Phoenix Sun, finishing with 11 points on 50 percent shooting. Mikal Bridges added 10 points as well.

But the impact and leadership that Chris Paul had immediately upon his arrival in Oklahoma City a year ago hasn’t translated in Phoenix yet, much to the consternation of fans and Phoenix pundits, especially since that paycheck is higher this year than last. You’d like some immediacy on the ROI.

Four points, eight rebounds, and eight assists isn’t going to cut it for that kind of money and as many years of experience as he has. Ricky Rubio had better impact – hell, right now, Mikal Bridges has better impact.

The Suns will try to rise again this Friday against these very same Lakers.

Should I just copy and paste the box score now?

The Rundown v121620 – Harden Returns (Sort of), Kings Win, and Do Fries Go with That ‘Shake?’ (They do)
The Rundown v121820 – Memphis and Utah Looking Solid, Clippers Okay with Being Just Okay