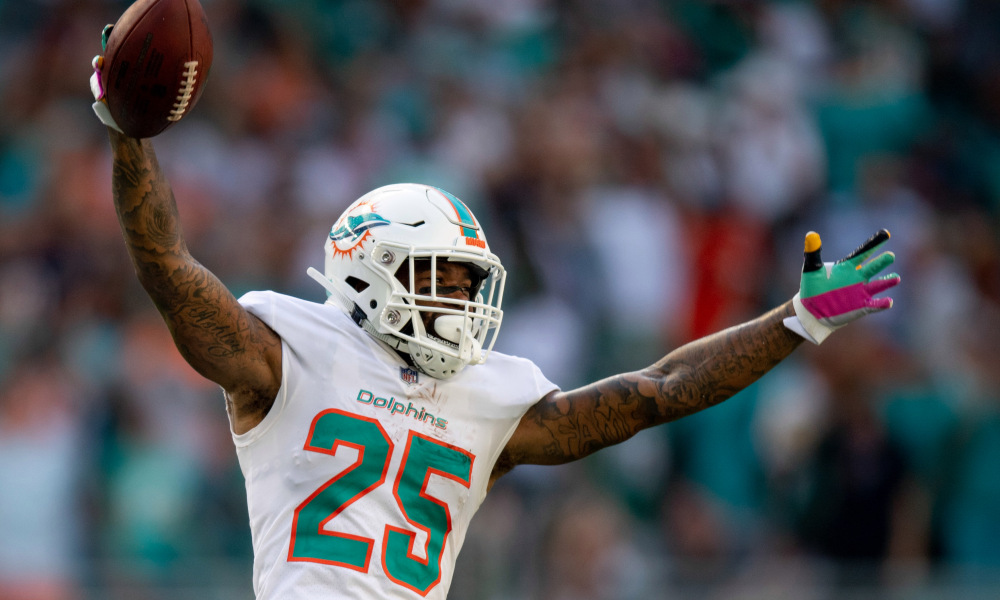 Xavien Howard made a lot of noise in the 2020 season when he led the league in interceptions. In the 2021 offseason, he’s made just as much noise about his contract. The Miami Dolphin’s cornerback is reportedly unhappy with his current contract. Howard didn’t show for OTAs and isn’t expected to make an appearance at minicamp either. But how did the unlikely crown jewel of the Miami defense, with four years left on a $75 million contract no less, become the biggest question mark for the Dolphins this offseason?

To understand how we got to this spaghetti-western style standoff, we have to rewind to March, 2020. The Dolphins signed former Cowboys cornerback Byron Jones to join the Miami secondary. Jones signed for $82.5 million over five years, including $57 million guaranteed Jones’ contract, at the time, made him the highest paid CB in the NF. Now, only a season later, many believe Howard has eclipsed Jones. If Howard is a better corner than Jones, he’s going to want a bigger paycheck. Here’s the issue: Miami doesn’t have the cap space to give Howard the deal he’s wanting. Seemingly, the only way to find this space would be in asking Byron Jones to restructure his deal. Something Jones has no incentive to do.

This leaves Miami with truly only one option. Trade. If Miami can’t pay him, someone else will. Potential destinations for Howard include the Cleveland Browns, Arizona Cardinals, and Los Angeles Chargers. But the nature of the scenario may force Miami to settle for less than what they believe he’s worth. Still, Howard’s value has never been higher, and after five seasons riddled with injuries, Miami has a chance to cash out on the corner and release their biggest liability, if the glass is half full. If the glass is half empty, Miami built an absolute stud in the secondary and now they’ll lose him over semantics.

With the front office’s back to the wall, Howard hasn’t budged an inch. After skipping OTAs already, Howard is expected to no-show the teams mandatory training camps as well. If he does, he could receive up to $93,085 in fines. The situation closely resembles to that of Stephon Gilmore and his offseason standoff with the New England Patriots, and only time will tell where these two elite corners call home this fall.