What Golden State’s Victory Reveals About Their Future

After defeating the Denver Nuggets 107-105, Adam Teich breaks down what the future holds for the Golden State Warriors. 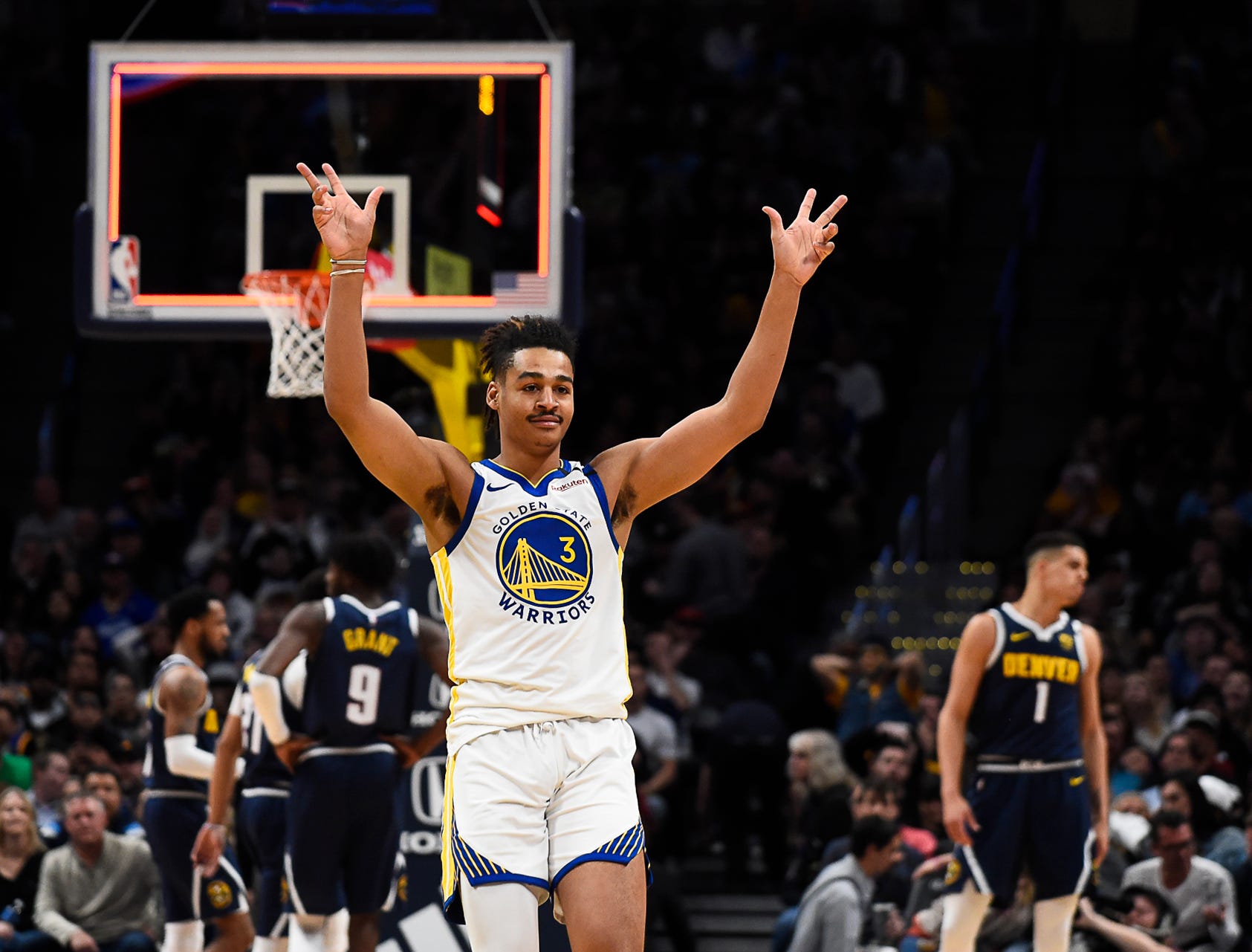 What a long wait that was. Though the last time the Golden State Warriors played a game of NBA Basketball was on March 10th, it feels like the wait to see true Dubs Basketball be played has been significantly longer. True, they were running out squads for the first three months of the year, but many of those lineups lacked the shooting prowess, ball movement, and depth that served as hallmarks of the team’s signature style.

Saturday’s victory over the Denver Nuggets may not have been a statement win, but it sure served as an announcement that vintage Warriors play is back on the menu for the rest of the season. Led by the hot hands of Jordan Poole, Kent Bazemore, and Mychal Mulder, the Dubs’ first preseason outing revealed several wrinkles of their future. Pull out your Tarot cards and step into my virtual psychic office–it’s time to look at the Warriors’ win over Denver as a crystal ball into the opening months of the regular season and beyond.

If last night was any indication, Bazemore and Brad Wanamaker are going to be beloved around the Bay. It’s clear the team values them immensely. Baze noted in his postgame press conference that he shoulders the assignment of reigning in some of the younger players on the Dubs’ bench unit, and Kerr compared Wanamaker to Shaun Livingston, whose minutes at the backup point guard spot bolstered three titles. “He kind of reminds me of Shaun”, he noted “a strong, silent type with conviction and very professional…I can tell he’s someone I’m really gonna appreciate coaching”. The Warriors’ young guns also seem to be appreciative of their older counterparts. Jordan Poole lauded the experience that Wanamaker and Bazemore bring, clearly confident in the team’s bench unit: “we’re gonna be a dominant force for sure”.

While the Dubs’ offense may take time to click, their shutdown effort in the first half provided a window into their defensive potential. Limiting one of the league’s best offenses to a 23-point first quarter is no small feat, especially considering the Warriors pulled it off running a myriad of first-time lineups. Coach Kerr noted that the team’s defensive identity should emerge quickly–considering the team notched thirteen combined blocks/steals, they may be even further along than he expected. Upon the return of Draymond Green the Dubs should be considered a potential defensive juggernaut .

Though your neighborhood swimming center may be shut down, last night showed that Poole parties can still be a viable celebration in 2020 (I’ll see myself out). The second-year guard is brimming with swag, and his play tonight was no exception. The 21 year-old was perfect from the field, nabbed two assists, and even showed up to his media availability rocking a Christmas-themed mask. His buckets weren’t easy either, and he punctuated his night by nailing an especially tricky looking floater in Steph-like fashion.

Poole also wore his towel in his postgame interview in a similar style as the two-time MVP, so all signs point to the Dubs having found a mini-Curry off their bench.

A major reason why the Warriors’ last preseason was an utter slog was their inability to contend with the size of the Los Angeles Lakers’ bigs. Though the team eked out a victory on Saturday, it’s clear that this weakness has carried over to this preseason, at the very least in the absence of Green and Wiseman. Apparently nobody told Nikola Jokic that Thanksgiving was a month ago, as he feasted on Kevon Looney and Marquese Chriss like turkey legs to the tune of 26 points on 9/11 shooting. Jokic isn’t exactly a vertical threat, so one could imagine it would’ve been desirable to match him up with Wiseman, a 7’1” big with a nine foot standing reach.

Without a threat of his size on the interior, the Dubs are going to have their hands full trying to contain a league whose pool of talent at the center position looks rejuvenated. I need not make the case for Green to aid them in this department– his defensive ability speaks for itself. Combine the two of them with a player like Kelly Oubre Jr. (who recorded three blocks tonight!), and the Warriors will be cooking with gas. Until then, expect an onslaught of big nights from the league’s largest players.

Though the Warriors added plenty of big-name talent to their roster, it’s clear that players like Andrew Wiggins and Oubre Jr. will need some more time to get fully integrated into Steve Kerr’s offensive system. He commended both of the wings’ effort on the defensive end, but it’s clear that they need to shoulder a heavier load offensively. Going a combined 7/18 from the field won’t cut it in the regular season, but hopes around the organization are still perky for the two of them. “Kelly is just getting comfortable out here”, Kerr noted, “it’s hard going to a new team”. As the two take their time getting acclimated to playing alongside Stephen Curry, expect better shooting nights from the pair of wings.

Though not the prettiest victory, this win certainly gave Warriors fans plenty to look forward to. As always, consistency will be key for this team to claw their way into a playoff spot. We’ll get to see if Dubs can bring the same focus and intensity against the Kings on Tuesday. If so, front offices around the league should start to worry– maybe Warriors team will be a force to be reckoned with after all.

RECONSTRUCTED: A Preview of the 2020-21 Los Angeles Lakers
Will Dallas Mavericks’ Rookies Have What it Takes?