What is Next For Brazil After Their World Cup Exit 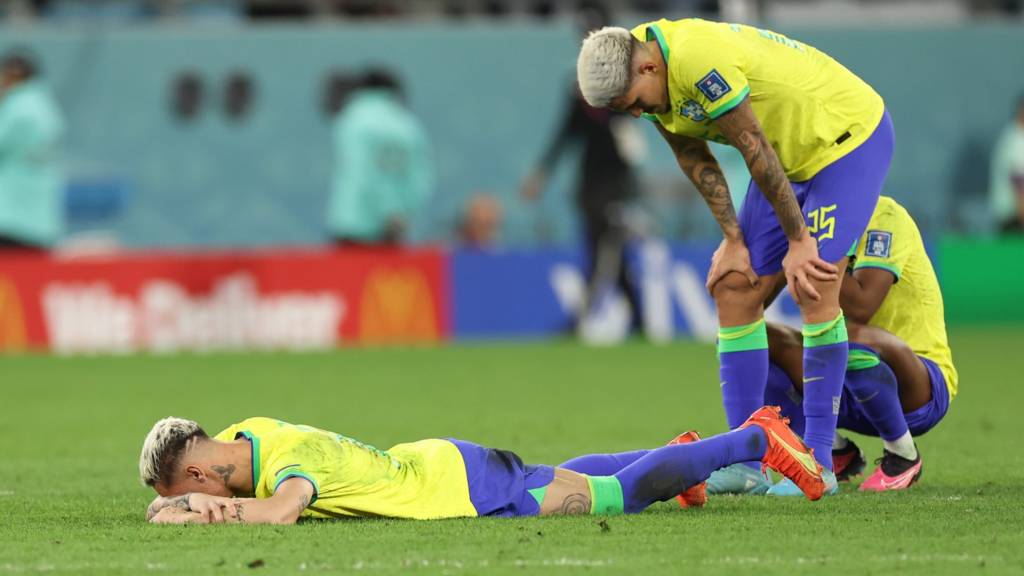 What is next for Brazil after their World Cup exit? Brazil was stunned after they fell to Croatia in penalties in the quarterfinals last week. A squad that had the potential to win it all, was left in heartbreak and agony. So, what is next for this Brazil team?

The Future of Neymar is Up in the Air

Neymar already revealed before the tournament that this may be his last chance at a World Cup. At 30, Neymar is in top form of his career and was preparing to bring a star back to Brazil. With PSG this season he has 13 goals and 11 assists with 53 chances created in all competitions. He has maintained in healthy form, something that he has struggled with in previous seasons.

After picking up an injury against Serbia during the first group stage match, he worked nonstop to be back for the knockout round. Neymar returned against South Korea and made his mark with a goal and an assist. In the quarterfinal match against Croatia, Neymar came out clutch and scored in overtime to put Brazil up, cruising their way to a semifinal match. However, defensive errors from Brazil led to Croatia tying just before the end of the game.

This resulted in Brazil missing two penalty kicks, leaving them out of the World Cup. This World Cup exit has put a huge toll on the Brazilian, and he revealed that he cannot guarantee that he will return to the national team. He has been the leader of the Brazil team since 2013 and has a Copa America title to his name. But this World Cup exit may change the future of Brazil with Neymar possibly retiring from international duty.

The Brazil Squad is Still Young

Even without Neymar, Brazil still has a young group of players that have another chance at the next World Cup. Real Madrid star Vini Jr had a great tournament, finally breaking out with the national team. He had a goal and two assists and was in the center in almost all the scoring plays for Brazil.

At just 22 years old, Vini will only get better as he will be just 26 years old and in the prime of his career for the next World Cup. Striker Richarlison is also an emerging star that will have a bright future after his three goals, including what could be the goal of the tournament.

He will be 29 for the next World Cup and is already drawing interest from big club teams, including Real Madrid. Other Brazilian stars that will return for the next World Cup are Rodrygo at 25 years old, Raphinha at 30, Eder Militao at 28, and Lucas Paqueta at 29 in 2026. What Brazil will be missing out on is a world-class player like Neymar who can lead the Brazilian team.

What Tournaments are Next for Brazil

The next tournament for Brazil will be Copa America in 2024. It is reported that the tournament will be held in the U.S, Canada, and Mexico after Ecuador dropped out. They have all of 2023 to recover from their World Cup exit and prepare for the next trophy. Despite all the history surrounding the Brazilian national team, they are not the most successful Copa America winner. Argentina and Uruguay have 15 titles each, with Brazil just having nine.

However, they are the most successful team to win it in this century with three titles since 2000. With Argentina being the reigning champions, they will be the team to beat come the next Copa America. They will also have to watch out for Ecuador and Colombia, rising teams that will continue to improve in the next two years. The future is still bright for this Brazil squad with a ton of anticipation for success within this group of players.