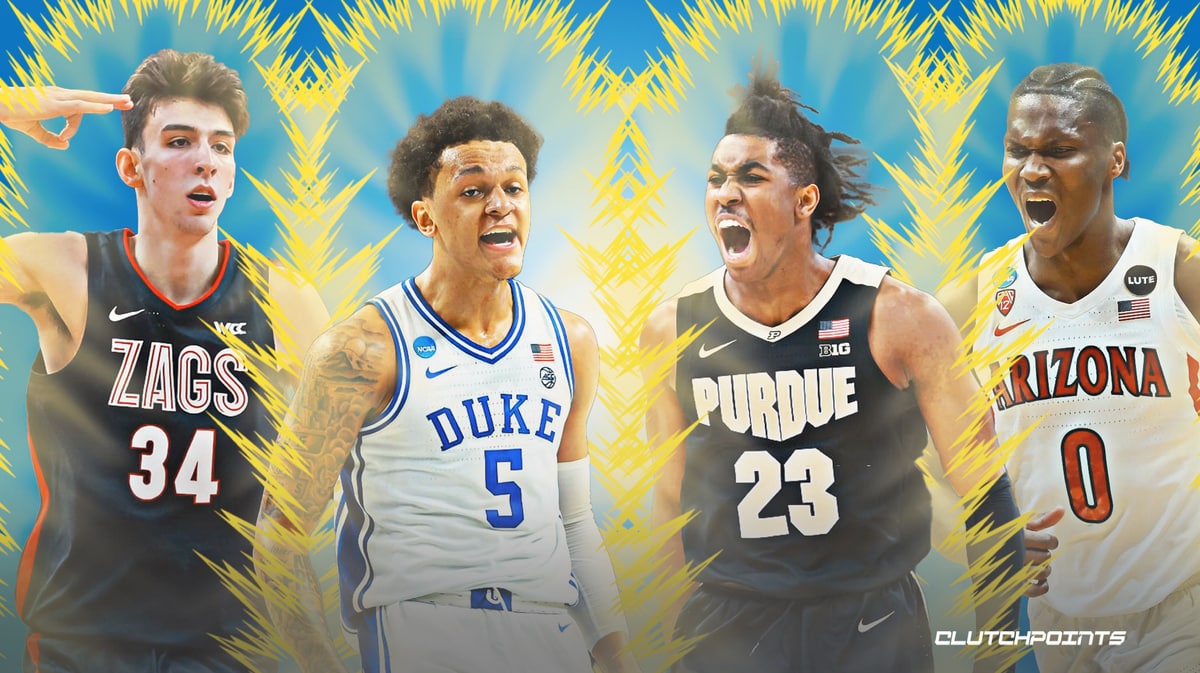 Banchero is talented enough to warrant using the first overall pick on. His natural ability to score and move like a guard at 6’10” is rare. He rebounds, plays defense, and is extremely coachable, showing great strides of growth in the 2021-22 NCAA season. However, I would give Jabari Smith Jr. the slight edge as a prospect because of his 42% three point clip. I will not grade this pick too poorly because I think Banchero will be a difference maker for the Magic right away.

The Oklahoma City Thunder were thrown quite the curveball when Orlando opted for Banchero over Jabari Smith Jr.. Chet, to me, could be a generational talent if he puts on some weight. His defensive and shooting ability at seven feet tall is why he is often referred to as a unicorn. I will reiterate, however, that Jabari Smith Jr. is the most NBA ready, and a unicorn in his own right. This is nit-picky, and truly, you cannot miss with any of the top three picks. Holmgren could very well be the best player in this draft, but I would bet on Smith Jr. or Banchero.

The Houston Rockets got the first overall pick at number three. Jabari Smith Jr. is an incredible shooter for his size, a matchup nightmare, and potentially a dominant inside-out defender. Pairing him with Jalen Green could prove to be the best possible result for Houston. I expect to see the 6’10” forward have the most impressive statistical season out of this ‘22 class.

We all thought this pick was going to be Jaden Ivey. Keegan Murray is a much better fit in hindsight. De’Aaron Fox and Domantas Sabonis need a high volume, scoring wing to space the floor. The fact that Murray shoots the three ball at an elite level does not hurt either. If he translates his 23.5 point per game scoring to the NBA in a few years, we could be looking at a playoff team in Sacramento.

Detroit ultimately took the best player on the board and arguably the player with the highest ceiling in the entire draft. Jaden Ivey will be fun to watch in Detroit next season. He is a natural scorer and gifted athlete. There is star potential here. A backcourt with Ivey and Cade Cunningham could be one for the ages. If the two of them stay healthy and Ivey proves to be committed to winning defensively, their greatness is almost a certainty.

Bennedict Mathurin has superstar potential. He is one of the best shooters in this draft, already proving he has NBA range in college. He’s a freak athlete with all the right intangibles to improve under a legendary coach in Rick Carlisle. His length and defensive versatility also bode well for his fit with newly acquired young star, Tyrese Haliburton. The Pacers join the Pistons as having one of the most dynamic, young backcourts in the league. Mathurin was also the best player left on the board.

Shaedon Sharpe has been dubbed the ‘mystery man’ of this year’s draft. After opting not to play at Kentucky last season, he impressed with strong measurables and workouts with a myriad of NBA teams. His seven foot wingspan for a guard offers tremendous defensive upside. He is laterally quick, an explosive athlete, and can create his own shot off the dribble. He also showed stretches of elite three-point shooting during the EYBL circuit last summer. There have been questions about his maturity, but the Blazers can overlook that with the star potential that Sharpe has. My grades may look a tad redundant, but the Blazers potentially got the highest volume, three-level scorer in this draft.

I understand the appeal with Daniels being a lanky playmaker with defensive upside. However, I don’t see him blossoming to become a star. I also feel that plenty of prospects picked after him will go on to have better careers. Johnny Davis shows Devin Booker-esque potential, and is even better than Booker was in college. Jalen Williams is stronger than Daniels and more polished offensively. Ochai Agbaji to me would have been the best pick here. Pelicans with a bit of a head scratcher pick, especially after drafting two defensively minded rookies last season. There were plenty of other options, but Daniels’ size and playmaking ability could still prove to be invaluable for a Pelicans team that wants to win now.

Jeremy Sochan will be an immediate defensive contributor for the Spurs. He can guard all five positions, and he rebounds well for his size. His offensive game is still developing but he has shown flashes of great playmaking and shooting. If Sochan works on his off-ball mechanics and becomes an NBA-level three-point shooter, then he has the potential to be one of the best players in the draft. It is hard to justify using a top ten pick on a guy who has virtually zero offensive identity, though.

2022-23 Prediction : Sochan comes off the bench and solidifies his spot as the best all-around defender in his class. He will be a starter in a few years.

Johnny Davis fits perfectly into a lineup which needs another wing-scorer. Davis’ midrange game is impeccable, and he has shown the ability to make tough threes at times. He plays outstanding perimeter defense and is pretty solid on the interior for a guard. He’s also a pest who can sneak into passing lanes. I expect Davis to exceed expectations this year in Washington.

Dieng will be a project, something Oklahoma City is clearly not afraid of. His length and fluidity for his size stand out, but he will need to put on weight in order to defend good NBA players. His jumper has potential, and he has a nice feel for the game. Dieng may be a good player, but he’s not there yet.

This kid is made for the NBA. He fell under the radar this season, as most mid-major guys do, but soared up draft boards during the combine and private workout period. He’s a 6’6” wing with a 7’0” wingspan. That alone is enough to catch the eye of NBA scouts, nevermind his 18, 4, and 4 averages on a backbreaking workload in the WCC this year. He can play make, defend, create shots off the dribble, and has proven effective in catch and shoot situations as well. Even though he was projected a bit lower, I think the Thunder got a steal at number twelve.

The Pistons acquired arguably the best draft haul out of any team, right next to Oklahoma City. Duren is a rim-running center who can block or change shots on the defensive end. He runs the floor well for his size, and has shown a developing post bag which should be effective if he puts on a bit more weight. I imagine Isaiah Stewart will tip the ball off for Detroit in game one, but don’t be surprised to see Duren take a few (game-starting) jump balls as the season progresses.

2022-23 Prediction : Duren will get rotation minutes and have a few spectacular plays to give himself some league wide recognition. (7+ppg, 6+rpg)

This is an outstanding pick for a budding Cleveland Cavaliers team. Agbaji is a proven winner, and a National Champion last season with the Kansas Jayhawks, grabbing the Final Four’s Most Outstanding Player award on the way. He can give you thirty points on any given night, but contributes in almost every facet of the game. He was a 40% three point shooter last season and has shown the defensive maturity to handle good scorers off the dribble. He fits perfectly into a Cavs lineup where Collin Sexton remains a question mark. This kid could be an All-Star, and the only reason he fell this low is because he’s twenty-two.

Ochai Agbaji, the New Cleveland Cavalier
The Acceleration of the Houston Rockets