Tina Charles Giving Back, One Heart at a Time

If you know Tina Charles as one of the most dominant players in the WNBA, then you wouldn’t be surprised to find out that she also dominates off the court.

Having one of her best seasons, averaging 20.1 PPG and 9.5 RPG, Charles finds time to give back in a big way, by supplying AEDs (Automated External Defibrillators) in various needy locations across the globe. 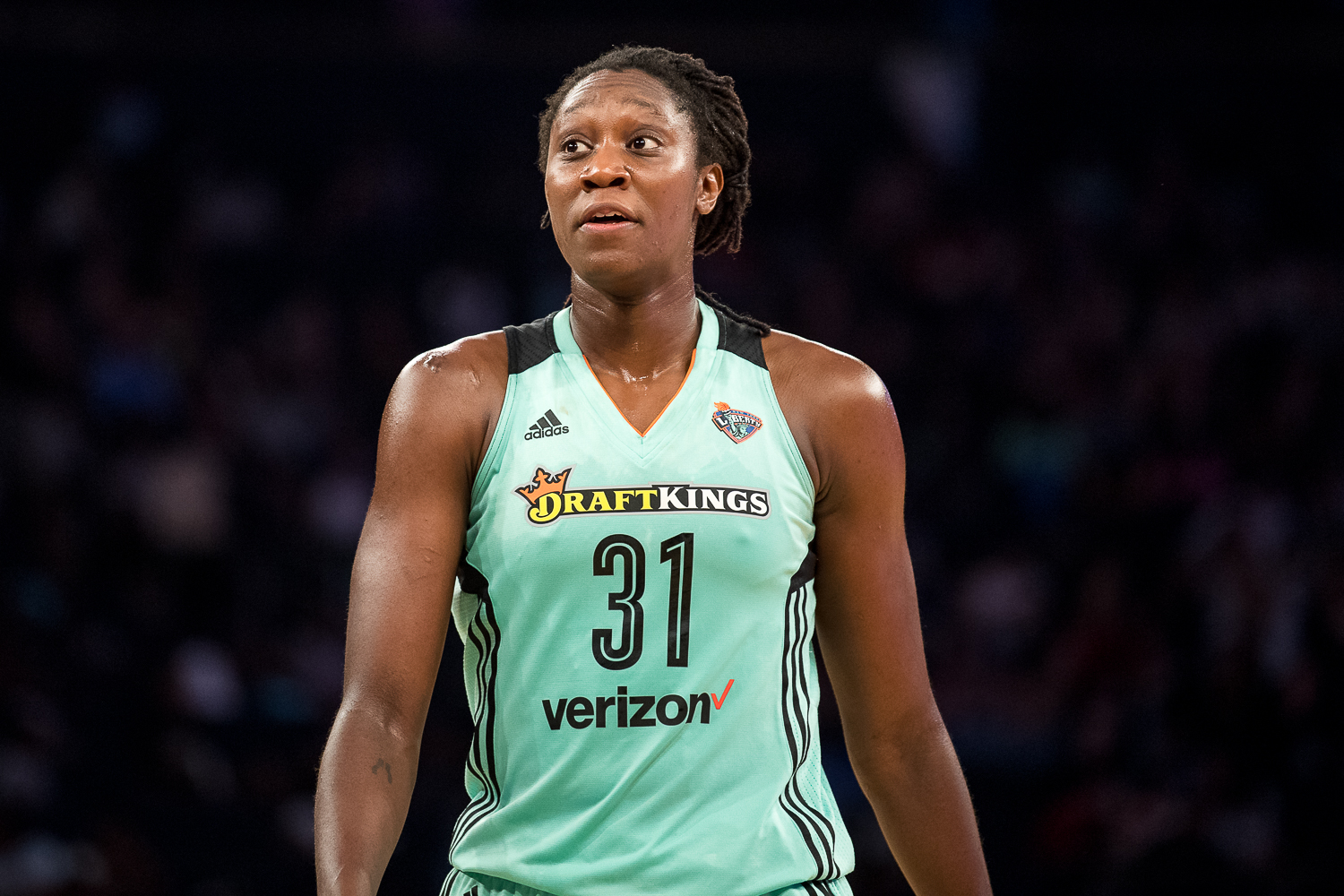 Tina supplies these AEDs via her Hopey’s Heart Foundation, which she is the founder of and started back in 2013 because of the passing of her late aunt Maureen “Hopey” Vaz. “Hopey” passed March 9 that year from multiple organ failure. Had there been an AED nearby, doctors believe they would have been able to save her life.

“Just to be able to keep communities’ heart safe, it’s very vital to have an AED around,” said Charles. “Regardless of what you’re doing sudden cardiac arrest is indiscriminate towards race, age or gender. You don’t have to be active. Any one of us, our hearts can just suddenly stop so I’m very motivated and encouraged through the testimonials that my recipients give me just telling me how fortunate they are to have an AED.”

According to the National Conference of State Legislatures, each year over 250,000 Americans die from sudden cardiac arrest. Hand-in-hand with that statistic, The American Heart Association argues that annually at least 20,000 lives could be saved with the sufficient placement of AEDs throughout the country. Overall, as many as 50,000 deaths could be prevented, with not only sufficient placement, but also the use of AEDs by people who know how to use them. 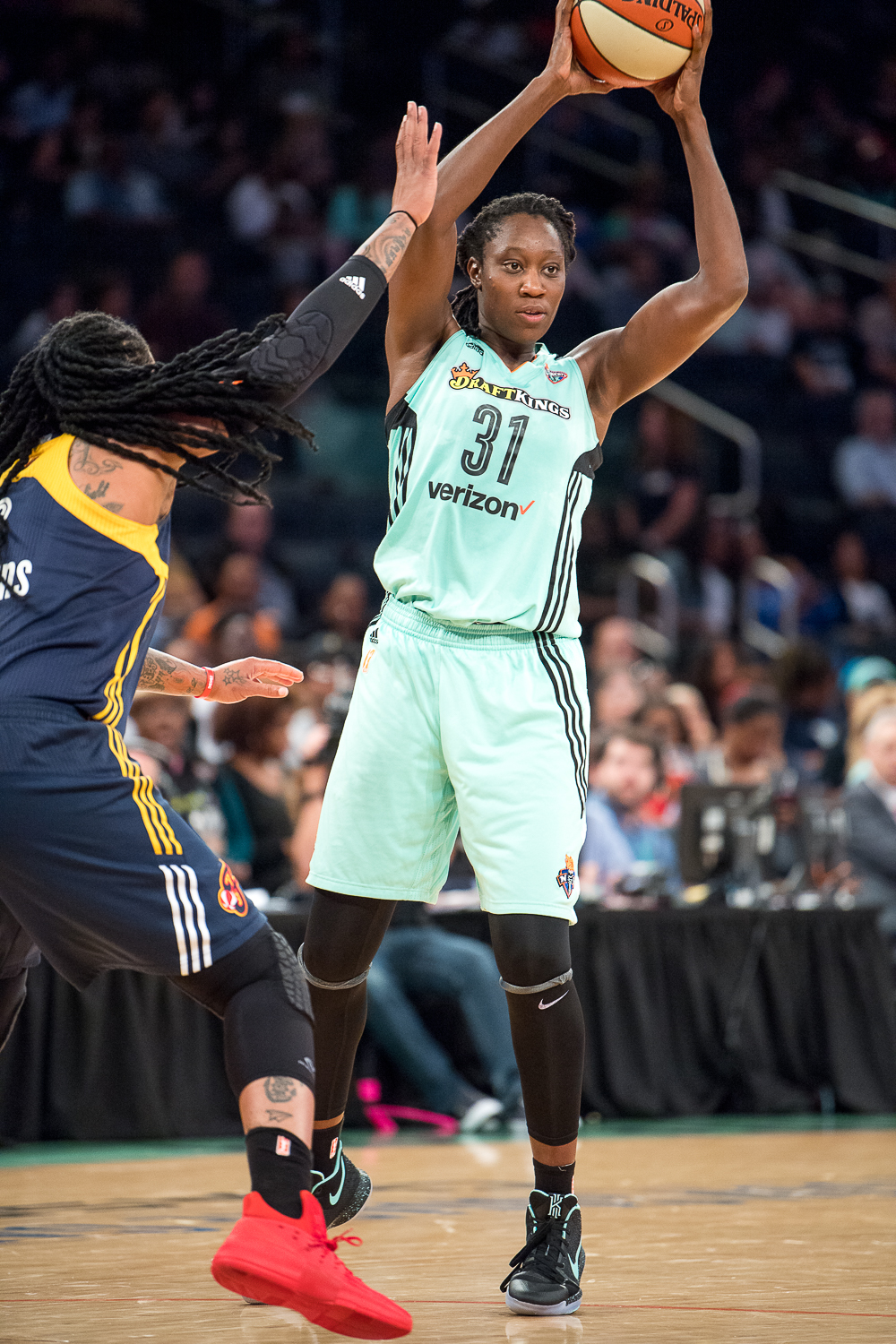 Interestingly enough, before the passing of Charles’ aunt, what initially grabbed her attention about this ongoing problem of sudden cardiac arrest is reading an article about the passing of Wes Leonard, who was a high school basketball player at Fennville High School in Michigan. He collapsed in 2011 after one of his games due to sudden cardiac arrest, and did not survive it. Doctors believe that he too would have survived, had there been an AED on site. Both the passing of Leonard and Charles’ aunt led to her donating $14,775 to purchase 10 AEDs for the New York Department of Education and Wes Leonard Heart Team.

However, long before the passing of these two, Charles has always been a giving person.

“My father, he’s very giving, my mother as well. I’m a Christian, just trying to be a servant unto others. Giving is God’s will for my life,” said Charles. “There’s more purpose outside of basketball. Basketball is just what I do, it’s not who I am. I love to be a servant. I think the foundation just shows how it’s all come together for me personally.”

Tina mentioned how since the start of Hopey’s Heart Foundation until now she’s witnessed a lot of growth, not only within herself but also with the success that the foundation has had. Thanks to Charles, and everybody that’s a part of Hopey Heart’s team, there have been over 300 AEDs placed in various locations across the globe.

However, Charles also mentioned that if she can reach out to anyone in the world to help her foundation accomplish its goals, saving even more lives, it would be Bill Gates and his wife, Melinda.

“They’re very active in the community, especially in Africa. I know he would definitely be on board,” said Charles. 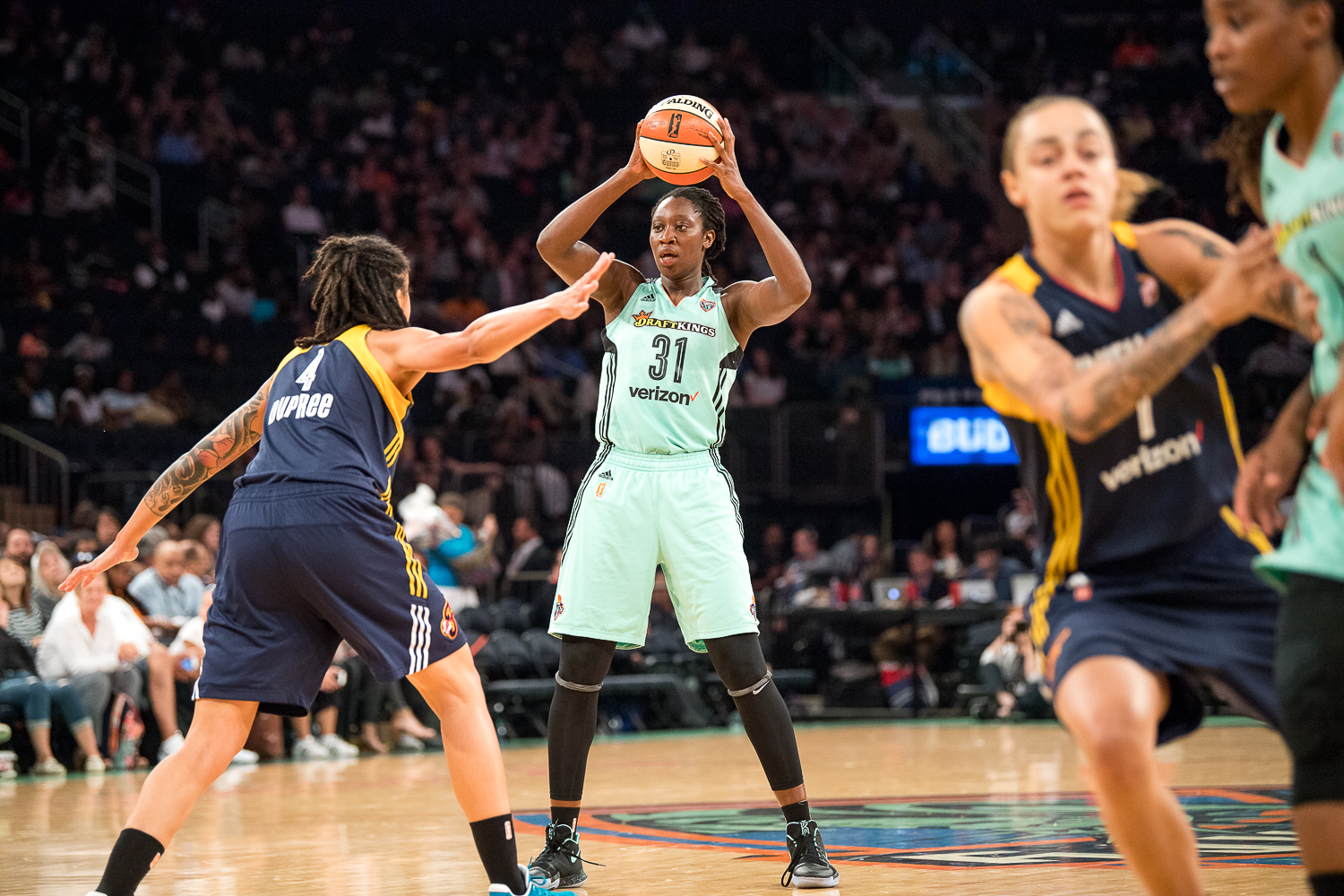 Until Tina can get the Gates’ to join in in her efforts, she would be more than happy to have your help, if you’re willing to contribute and help her combat this problem of sudden cardiac arrest. By clicking on the link below you can become a sponsor, donate or partake in one of her fun challenges to solve this issue. Just know it is for a great cause!

New York Liberty vs. Indiana Fever
4 Things to Look Out For This Season With the Knicks