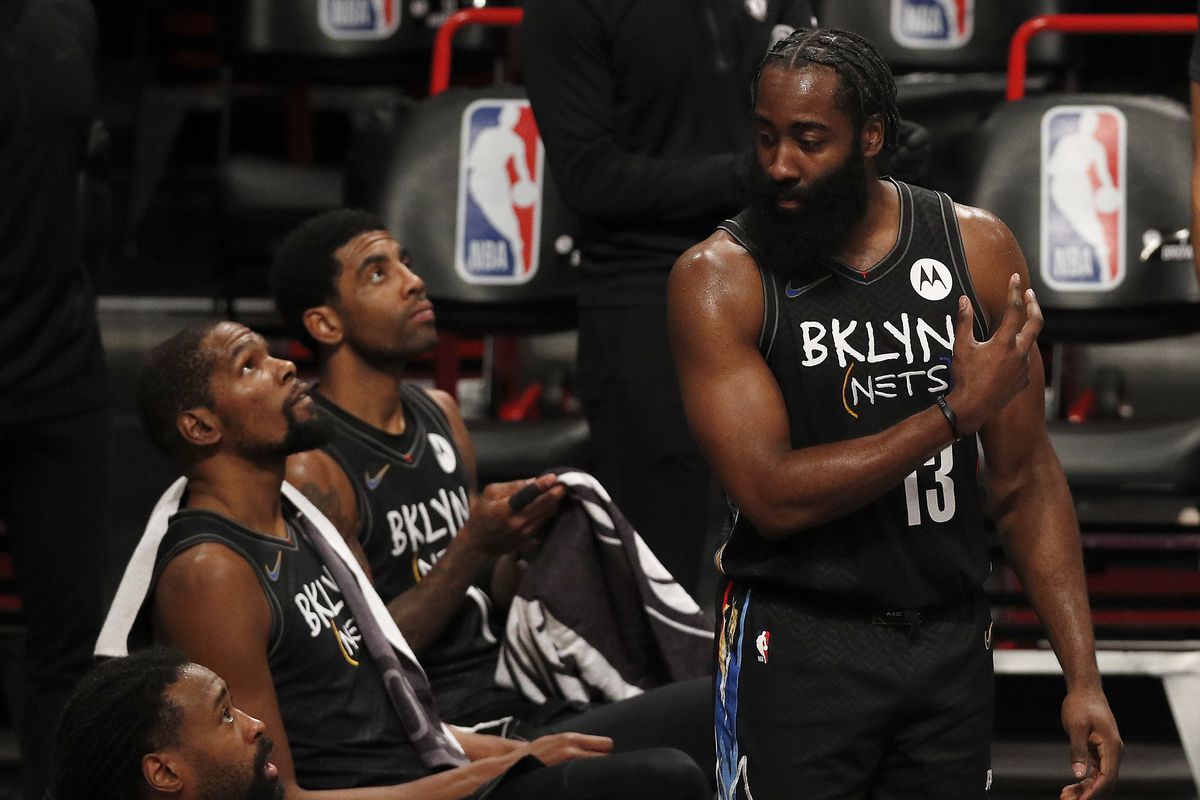 Lookout the rest of the league, the Nets just took down the Los Angeles Clippers 112-108 on Sunday night and even led by 15 at one point. Brooklyn has now won six in a row, and seem to be heating up at the right time.

One thing that makes this contest even more impressive is that the Nets were without F Kevin Durant for the 4th game in a row, who continues to rest a hamstring strain.

So, only 2/3 of the Nets’ big three played tonight, but clearly it was enough. G Kyrie Irving and G James Harden combined for 65 points, 15 assists, 15 rebounds and 49% FG. This included nine points from The Beard himself in the final period, who fought to keep the lead since the Clippers went on a run to tie the game with 28.6 seconds left.

“I’m very very comfortable,” said Harden. “We’ve established our roles, we’ve established our position as me dictating the game, and obviously I know my teammates now. Where they like the ball and how great they are. So, we’re a very confident team and that continues to grow. We’ve just got to keep going.”

To say this team has established their roles is an understatement. Last night they shot 47.8% FG, dished out 21 assists, got 10 steals and only turned the ball over six times (T-season low), which only resulted in five Clippers points.

The two keys there are the turnovers and steals because all season (especially since this big 3 has been formed) they’ve been criticized (and rightly so) for being careless with the ball and not being aggressive on defense.

Will the Nets be able to keep this up? Only time will tell quite frankly. However, it’s impressive that they’ve finished up this tough road trip going 5-0.

“I just think we have a common mentality right now,” said Irving. “Just to go out there, have fun. Compete, be very physical. Be talkative out there…we just have a veteran group. So, we’re able to hold each other accountable a little differently. We get to talk to each other with a purpose. We care.”

Their next contest is against the Sacramento Kings (who they started this road trip against) but this time it’s in Brooklyn on Tuesday at 7:30 p.m. ET.