Catching up with K-Mart 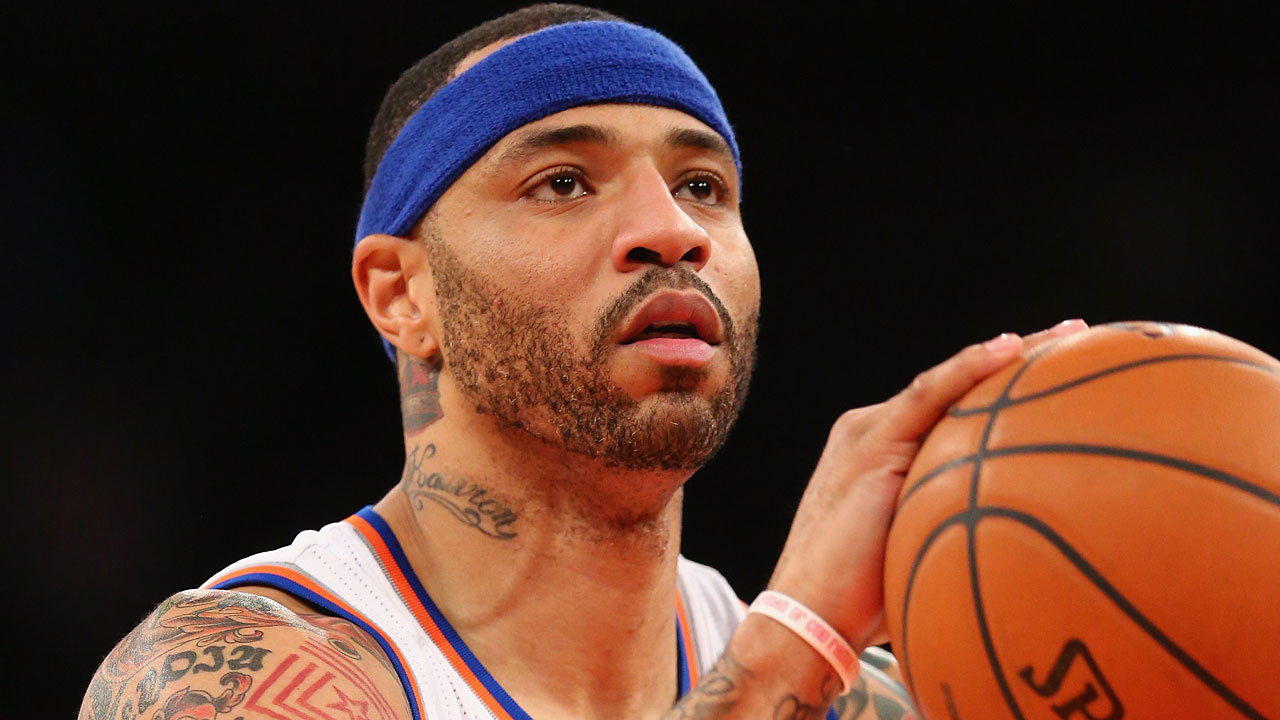 The key to being a pro athlete is the ability to create your own identity both on and off the field. In 2000, the New Jersey Nets took a chance on a young Cincinnati senior forward, Kenyon Martin. After two trips to the NBA finals, an All-Star appearance, and a change of scenery, Martin developed a reputation for being one of the league’s “tough guys.”

Martin’s “tough guy” mentality is not an act. As much as he is a hard-nosed leader in the Nuggets locker room, he also has the desire to give back to both his teammates and the community. With brutal honesty and a “tell it like it is” attitude, Martin has battled through multiple knee injuries and shown his desire and passion for the game. That passion has earned him the respect of not only his teammates, but opponents around the league.

Randy Zellea of the Back Sports Page spoke to Martin about the situation with his former team in New Jersey, playing with Jason Kidd, adjusting to different coaching styles, his feelings on how he is viewed in the league, and much more.

Randy Zellea: When you left the New Jersey Nets, Lawrence Frank stated that the team lost its heart when you were traded and that team was never the same. I wanted to get your reaction to that compliment.

Kenyon Martin: It’s a great compliment coming from a great coach. I had an excellent time playing in New Jersey; it was unfortunate that I had to leave for reasons other than basketball. I had a great time.  I approached the game with 110 percent when I stepped on the court and it was appreciated by the fans and the organization. Until I left, those guys really appreciated what I brought to the table.  I always went out there and gave my all regardless of how I was feeling. For him to make that statement, it’s a great compliment.

RZ: What did you learn from New Jersey that you were able to apply with the Nuggets?

KM: How to be a leader. I learned that from Jason Kidd being the leader of our team. I picked up on how to lead by example and how to talk to guys on and off the court.

RZ: What was your reaction when you came back to New Jersey and the crowd welcomed you so warmly?

KM: I didn’t leave on my terms. Everybody knew the reason that Kenyon wasn’t with the New Jersey Nets anymore. The fans still appreciated the things I had done. Had I bad-mouthed the organization or the fans, things probably would have been different, but that wasn’t the case. I have no hard feelings for the guys like Lawrence Frank, or the fans, or the city, but there were other people who came in and made decisions. So that’s what they had to live with and the fans understood.

RZ: Now, being in the league for as long as you have, what kind of advice do you give to younger players coming into the league?

KM: All you can do is work as hard as you can while you’re here and get better at your craft each and every year. Go out and play the game the right way, just respect the game and the game will respect you—that includes always going out and playing hard.  Lots of guys who don’t go to school for four years and are “one and dones” have a lot of things catered to them, but you never forget where you came from.  You have to keep working hard and keep the work ethic because there is someone out there willing to work hard and take your spot.

RZ: Do you realize that you’ve only missed the playoffs once in your career?

KM: Yep, and that was my rookie year. Someone asked me about that the other day. That’s a great accomplishment—and it keeps me going to try to get the championship.

RZ: Now, you’ve played with Chauncey Billups, Jason Kidd, Allen Iverson, and Andre Miller. Playing with so many different point guards, I’m not asking for a preference, but what does it take for a point guard to bring out the best in you?

KM: They all brought different things.  Chauncey and Jason are incredibly knowledgeable right up in how they approach the game and help their teammates.  Everybody knows what Allen brought to the table. He was a hell of a player for 14, 15 years in this league, or however long it was. Playing with Andre—he was just an ironman. He wasn’t afraid to turn the ball over and make risky passes to help out his teammates. All those guys brought something to the table to help make me the player I am today.   I would also like to think that I was a huge asset to their game as well.

RZ: While with the Nets, every time you had a monster dunk, you used to pull the side of your jersey up and point to your heart. Were you pointing to a tattoo?

KM: Yes, it said “Bad Ass Yellow Boy.” The NBA found out and said they would fine me, so I stopped.

RZ: Could you also give us a little insight into the playoffs series against the Utah Jazz?

KM: We let one get away at home. It was a great series because we played those guys tough during the regular season when we played them four times. We had to spot-up and be on our A-game, which we knew we were capable of doing.

M: I don’t like moving.  If I could stay here, that would be great. Ultimately, it’s not my decision. I would love to stay, but this is a business.  I am going to make the best decision for me and my family, but I definitely like Denver.  However, if Denver is not a possibility going forward, then I will make the best of the situation.

RZ: Can you also tell us what it was like to be the No. 1 pick? How did it feel?

RZ: You played under Byron Scott, Lawrence Frank, and George Karl. What have you been able to take and notice the differences in coaching styles?

KM: They all have great knowledge of the game. Byron had great experience as a player, though this was his first head coaching position.  Lawrence was a tremendously hard worker. He did his job and then some, as both an assistant and head coach. George brings experience to the game since he’s been around it so long. He’s a North Carolina guy under Coach Dean Smith, which gave him incredible exposure to great basketball minds.  His knowledge is incredible.

RZ: We talked a little bit about your time in New Jersey and what has happened since you left. However, are you surprised at how quickly things blew up in New Jersey with the departures of Richard Jefferson, Jason Kidd, etc.?

KM: That’s their decision. It was the same decision they made when they let me go. New Jersey didn’t want to keep this thing going; they didn’t want to keep winning. I think that’s the choice that was made when they opted not to re-sign me. It just went downhill from there. Have they been to the playoffs since I left? They’ve been to the playoffs once since I left if I’m not mistaken.  It wasn’t the people who are making the decisions now; it was other people who had no basketball knowledge whatsoever. Do I feel sorry for them? No. I feel sorry for Rod [Thorn], I feel sorry for the coaches, my former teammates, and I felt sorry for Kiki [Vandeweghe]. But as far as everybody else, it was their decision and I don’t feel sorry for them at all.

RZ: When is there a fine line between basketball and business? What advice do you give to younger people who are about to come into the league and make that type of money?

RZ: With all the foundation work that you’ve done, people have started to see that Kenyon Martin really has a lot to offer off the court. The people who don’t know you sometimes try to make you come off like a badass. What do you say to your detractors in those situations?

KM: I’m not playing basketball for people to like me—I’m out here to win games. They only know what they see on the court. People see the tattoos, they see me yelling, screaming, and cussing and draw their own conclusions. But if they took the time and energy to judge me and see what I’m doing out there, things would change. Half the people like me, half the people do not. I can only deal with and focus on the people who do like me. There are always going to be negative people regardless of what you’re doing.  I take everything with a grain of salt, just keep things moving and try to do everything as positive as possible.  My family and friends know the real me and the rest doesn’t matter.  I don’t get caught up in the bad stuff because 10 times out of 10, nobody will say anything directly to your face.  Instead, they are going to write these things in the media. Nobody ever really says anything to me. I don’t bite my tongue for anybody.  I feel that if you have that big of a problem, then you should come to me with it—but a lot of people aren’t going to do that. That’s why I just focus on the people who are positive and that’s why I try to keep positive people around me.

The Tim Hardaway Foundation
Sitting Down with John Starks