Could Messi Leave Barcelona for Paris? 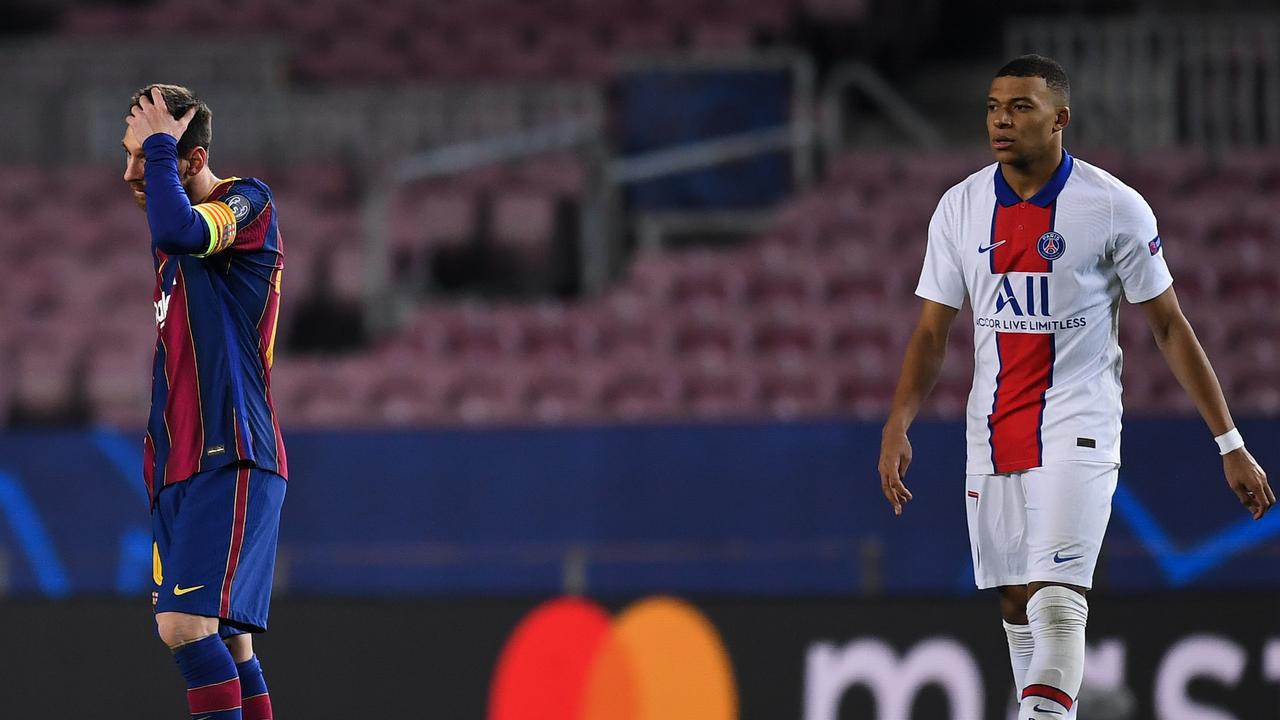 Lionel Messi and Barcelona were left humiliated by an 8-2 defeat by Bayern Munich in the Champions League quarter-finals. Photo: AFP

It is no surprise that Barcelona is going through a rough moment in their history. Since last year, Barcelona has struggled to compete at the highest level in European football. Correspondingly, putting the pressure on the coach, players, and even the board of directors. They went through a managerial overhaul, firing the manager, and the president as well as other members of the board resigned.

The turbulent times for Barcelona did not end there, amid the pandemic the economic impact was tremendous. Leaving them with the incapacity to sign any big name players during the transfer window. Now they find themselves swimming against the current of bad news. A new coach who still has not proven his ability to make a change for the club. Young players that need leadership, and teammates to lean on. An ongoing presidential election, that will mark the fate of the club. And to add salt to the wound, Messi might leave as a free transfer this summer.

One of the team interested in signing the Argentine is Paris Saint Germain. The speculations of Messi going to Paris grow each day, recently it was reported that Neymar phoned Messi to talk to him about the advantages and wonders of Paris. Other players from the French squad have taken to social media, and posted messages about how they will play alongside Messi next season. Sparking anger from the Catalan side. The manager, Ronlad Koeman, and a presidential candidate, Joan Laporta, called out the French squad as disrespectful for saying all those allegations.

Laporta’s comment – “It is disrespectful to Barca that clubs like PSG publicly say they are going to sign Messi. This coming from a club-state that have bypassed the rules. We cannot allow clubs and states the luxury of destabilizing another club.” Source GOAL

With all the tension in the air between the two sides, destiny spoke and placed the two teams against each other in the Champions League’s round of 16. This is where PSG officially became Barcelona’s current nightmare. Paris walked all over the Catalan side, beating them 4-1 in Spain. You can watch a recap of the game here. A showcase of the superiority of PSG and inferiority of Barca. In defense, attack, individually, and tactically, Paris was the better side. Once again highlighting the weak points of Barcelona and showing to the world that the Spaniards are no longer at the top of world football. Which opens up the question, should Messi make the move to France?

The devistating blow to Barcelona posses an even greater risk than just being knocked out of the Champions League in the round of 16. It means they could lose Messi too. PSG’s performance must look somewhat entising for Messi. He is not getting any younger, and his chances of winning another European championship with Barcelona are slim to none. The last time Messi won the Champions League was in 2015, and since then they have not come close to winning it.

Making that move would mean being reunited with his long time partner in attack, Neymar, which was in that 2015 Barcelona squad that won the Champions League. And possibly form a new partnership with the rising French star, Mbape. That trio would make any defense in the world tremble. He would have the backup of a very solid midfield that consists of players like, Rafinha (ex Barca player), Verratti, Ander Herrera, Draxler, Di Maria, Sarabia, and Paredes just to name a few. Also, a very strong defense with Kimpembe, Marquinhos, Florenzi, Bernat, and Kurzawa. To tie everything together, PSG just signed a new manager by the name of Pocchetino. Arguably, one of the best managers of modern football. With such a strong team, Messi could shine bright again. Break new records. And maybe lift the Champions League Cup once more.

The big debate question is whether or not Messi’s move is the right one. The answer to this questions depends on who you ask, or where you stand as a fan. For Barcelona afficionados, Messi’s departure will mark the end of an era. The end of the era of Messi, a complete domination in the world of football. For PSG’s followers, it means that they will become one, if not the strongest team in Europe. And for fans of football, it means that we can enjoy Messi in a different atmosphere, refuled and motivated by the challenges of a new club. Dressed in another team’s colors and providing world class assists and goals to new teamates.

The transfer could also give the French League a revamp. Allowing the league to profit from the revenue that Messi will bring from viewership. Possibly placing PSG and also the French League at the top of European football. Perhaps paving the way for other French teams to make a name of themselves in European competitions.

Where ever Messi ends up, the world awaits his decision. Tesions are high, and expectations are running wild for fans accross the globe. But if he does choose PSG we can be certain of one thing, it will be VERY entertaining to watch their games.

Please check out this article about the future of the U.S Men’s National Team HERE.