Everything You Need to Know for UFC 255 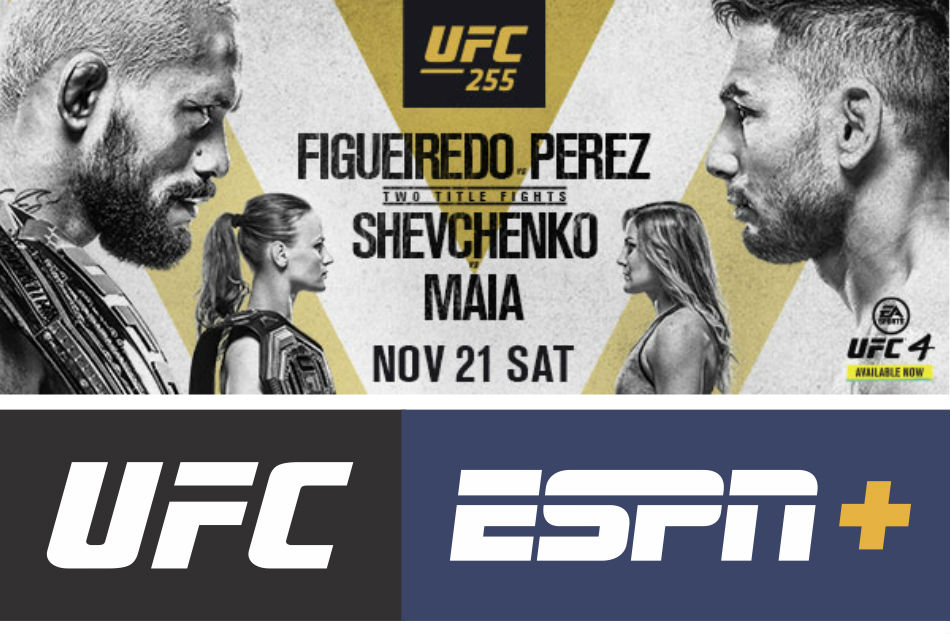 It’s officially fight week for UFC 255: Figueiredo vs Perez. The flyweights take center stage this weekend. Below is everything you need to know for UFC 255.

Deiveson Figueiredo has a hold of the 125lbs division. He can separate himself even further from the pack if he defends his belt against Alex Perez Saturday.

Demetrious Johnson and Henry Cejudo stole most of the flyweight division’s headlines in recent years, causing many people to discount the Brazilian steamroller.

Figueiredo rolled into the first fight versus Joseph Benavidez as an underdog. Even with the headbutt, it was clear who the better fighter was that night. Oddsmakers grew wise the second go-around; making Figueiredo a sizeable favorite.

He proved them right by making quick work of Benavidez. He also proved that he is without a doubt the most powerful flyweight in the history of the UFC. This is a flyweight who rarely leaves it up to the judges. Only two of his eight UFC victories came via decision.

I’m honestly finding it hard-pressed to envision this guy losing anytime soon. Alex Perez presents more problems to the champ than Benavidez did though. He’s a flyweight-bantamweight tweener who has some finishing power of his own.

Deiveson Figueiredo can put a stranglehold on this division with a convincing win over Alex Perez at UFC 255.

After Maia, Who’s Next for Shevchenko?

This is by no means a shot at Jennifer Maia. The Chute Boxe Academy–BJJ/Muay Thai black belt will enter the octagon Saturday expecting to leave as women’s flyweight champion. If she is able to just make Valentina Shevchenko look human, that will be a building block for future contenders; including herself.

‘The Bullet’ has been nothing short of dominant since winning the women’s flyweight belt at the end of 2018. In her three title defenses since, only one was even competitive.

Oddly enough, Shevchenko will find herself in a bit of a predicament if her dominance continues versus Maia. The division’s current top contender, Jessica Andrade, has only one win in the division. Moreover, Cynthia Calvillo will become an option, but that’s banking on her getting past Katlyn Chookagian. The flyweight queen already fell to Amanda Nunes twice. ‘The Lioness’ still has business to settle with Megan Anderson also.

Nunes still might be the only opponent out there that presents a true challenge to ‘The Bullet’ after UFC 255 is concluded. The two ladies have separated themselves a great deal from the rest of the pack in their respective division’s.

There’s a Top Contender Bout on the Prelims

It’s not often that you see a number one contender fight take place on the prelims, but that’s the case at UFC 255 with Brandon Moreno vs Brandon Royval.

Perhaps the UFC didn’t want four flyweight bouts on the main card, but this match-up shouldn’t be on the prelims. Nevertheless, the winner of this featured prelim will likely take on the victor of the main event next.

The only person who could cloud that mindset is Garbrandt, who last month claimed: “They (the UFC) did promise me the title fight upon return of being healthy.”

We shall see, but if Moreno/Royval offers fireworks, they might just earn themselves a title shot.

Ok Joaquin Buckley–All Eyes Are on You Now…

About a month ago, Joaquin Buckley found himself on the right end of the viral knockout of the century. Saturday, he looks for his second UFC win. Already, he’ll have many people watching to see if he can follow up his last performance.

This is a really important fight for Joaquin Buckley. If he can finish fellow promising prospect Jordan Wright, he’ll prove to be a serious threat.

Jordan Wright is big and he’s had extensive experience at light heavyweight. It’s no surprise to see the oddsmakers peg Buckley as a sizeable favorite after his award-worthy knockout. Don’t be surprised if Wright gives Buckley some problems to deal with when they clash at UFC 255.

UFC 255 is a showcase for the flyweight division; both male and female. The rest of the card has many hard-hitters throughout. Expect a lot of finishes; both by strikes and by submission.

That’s really everything you need to know for UFC 255. Does either belt change hands? Leave your response in the comments below or @ me on Twitter (@RyanTruland).

Why Schroder Is A Good Gamble For The Lakers
YOUNG BUCKS: Killing the Business From Backyards To The Big Leagues