Giants head in to bye week 6-2 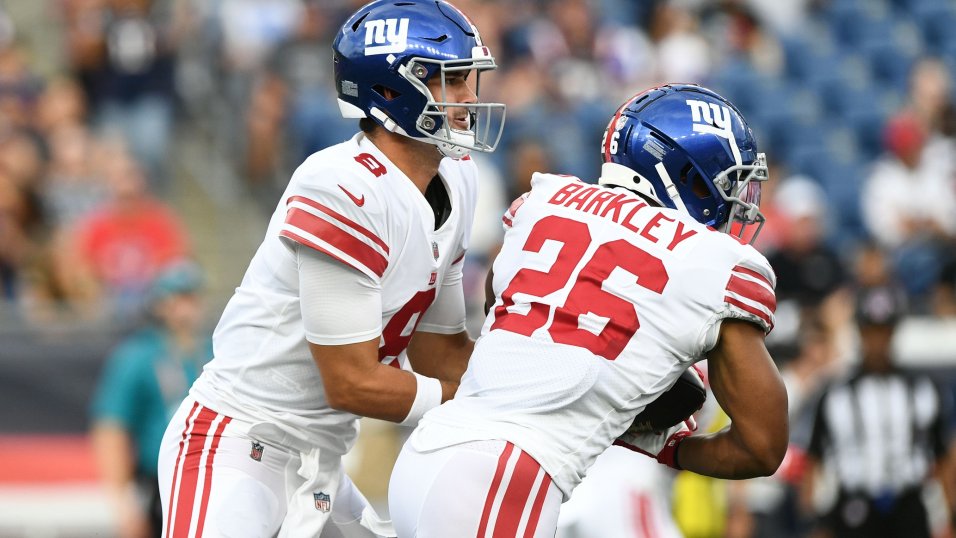 Although the New York Giants suffered a disappointing 27-13 loss to the Seattle Seahawks at Lumen field last Sunday, the team’s success through eight weeks has been one of the bigger surprises of the 2022 NFL season. Here are some storylines heading into the bye week:

If it ain’t broke don’t fix it

Despite the lack of star power at wide receiver, New York Giants GM Joe Schoen decided to stand pat instead of trading for a star wideout.

“We had several conversations with teams on multiple positions, but the price point didn’t match up,” Schoen said.

Despite not receiving the offers he was looking for, Schoen acknowledged that wide receiver was a point of emphasis at the trade deadline.

“Wide receiver was part of the [trade deadline] conversation. The guys have had good games, bad games…Jacksonville, we’d like to have some of those drops back,” Schoen said.

Despite not receiving any players in return, the Giants acquired a 2023 third and a sixth round pick from the Kansas City Chiefs for wide receiver Kadarius Toney.

Schoen justified his decision to trade the former 20th overall pick in the 2021 NFL Draft.

“It was the best decision for the organization,” Schoen said

Toney admits he was shocked by the trade but is understanding of the Giants’ decision.

“I’m just thankful for the opportunity. I know the business side of it,” Toney said.

Although Schoen didn’t trade for a wideout, they can still upgrade their wide receiver room through free agency.

During the press conference after the trade deadline, Schoen didn’t rule out the possibility of signing former Giant Odell Beckham Jr., who was a fan favorite during his five seasons with the Giants.

“He’s a guy we would consider and talk to when he’s healthy,” Schoen said.

Beckham tore his ACL during Super Bowl LVI but will reportedly be cleared to play this week. Despite the injury, Schoen believes signing Beckham is worth consideration.

“If a player is healthy and they would help us win football games, we will pursue them if they fit,” Schoen said.

At 30 years old and with a Super Bowl win under his belt, Beckham is looking for stability over the remainder of his career.

“Whether it’s Buffalo, whether it was Green Bay, calling the Cowboys, a reunion with the Giants, I want to be able to spill these next three to four years into something where I can buy a home….I can call this place home,” Beckham said.

Despite a 6-2 record, the New York Giants are taking a level-headed approach going into week 10 starting with quarterback Daniel Jones and head coach Brian Daboll.

“It’s been fun to win, it’s been fun to play well and pull out some of these games down the stretch. There’s a lot of work to do. I don’t think anybody is satisfied with where we are,” Jones said.

“We’re sitting at 6-2, we have nine games left that are on the schedule and we gotta take them one week at a time and get a little bit of rest right now,” agreed Daboll.

“We’ve had a long stretch here….come back rejuvenated, ready to go,” Daboll said.

After their bye week, the Giants will host the 1-6-1 Houston Texans at 1:00 PM ET at Metlife Stadium next Sunday.

Could the Seattle Seahawks Make the Playoffs?
Ty Lue Piecing It Together for the Clippers