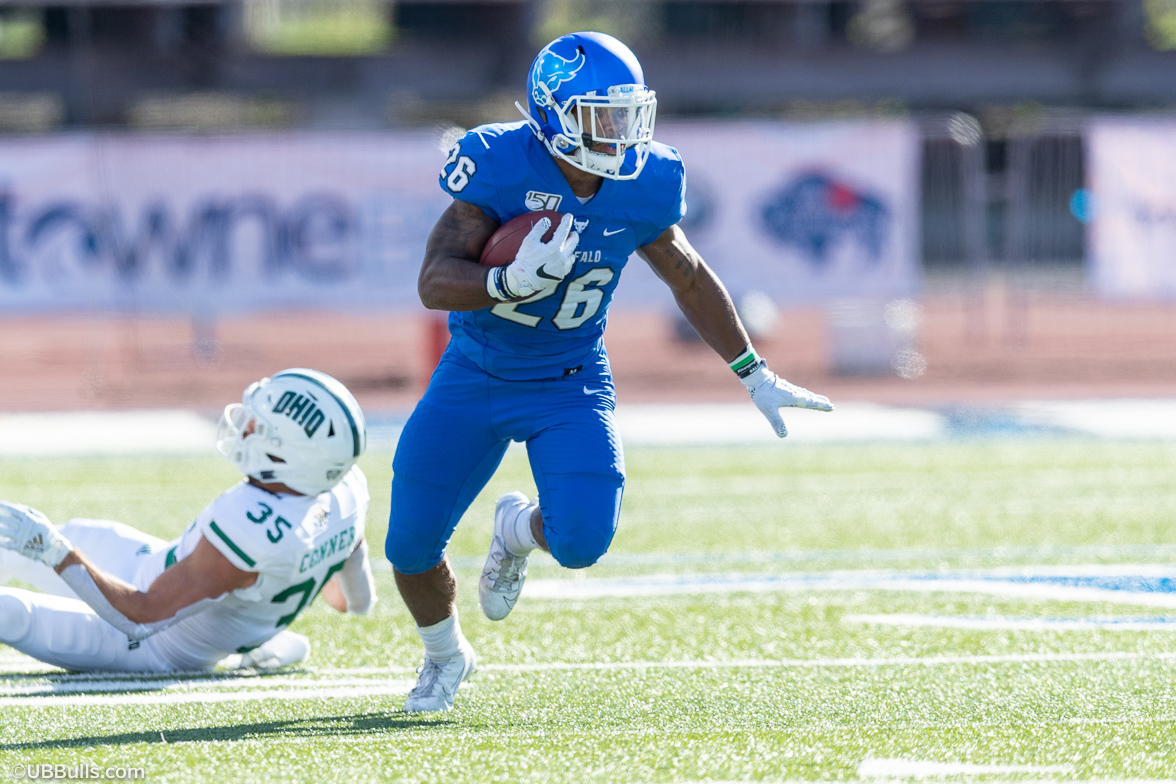 Leading up to the 2021 NFL Draft, Back Sports Page will release scouting reports on the NCAA’s top prospects. This edition: Jaret Patterson.

Standing at 5’9″ and 195 lbs, Jaret Patterson is unlike most running backs his size in that he is elusive in both inside and outside design runs. When asked to run between the tackles, Patterson is surprisingly hard to bring down upon first contact. When he finds a gap in space, Patterson shows explosive speed and can turn on a second-gear to break off long, game altering plays.

In addition to his versatile run game, Jaret Patterson offers skills in the passing game, albeit in a reduced role. Whether it be running or passing, Patterson shows excellent ball control, having never recorded a fumble in his three years at Buffalo.

Patterson has shown that he can handle a heavy workload, recording three consecutive 1000+ yard seasons, and tallying 312 carries his sophomore season. Patterson can carry a game if put in the right situation as fans saw in November, where the RB recorded 36 carries for 409 yards and eight touchdowns, tying an NCAAF record.

Due to his smaller frame, Patterson will likely benefit most from being a committee running back. However, teams shouldn’t forget that Pattersn has the capability to be a three-down workhorse if he finds himself behind the right offensive line.

Pros: Elusive, durable, ability to accelerate in open space, tough between and outside tackles

Deshaun Watson Still Wants Out of Houston. Let’s Rank Each Teams Likelihood of Going for the Superstar QB
It is Time for Pete Carroll to Leave Seattle