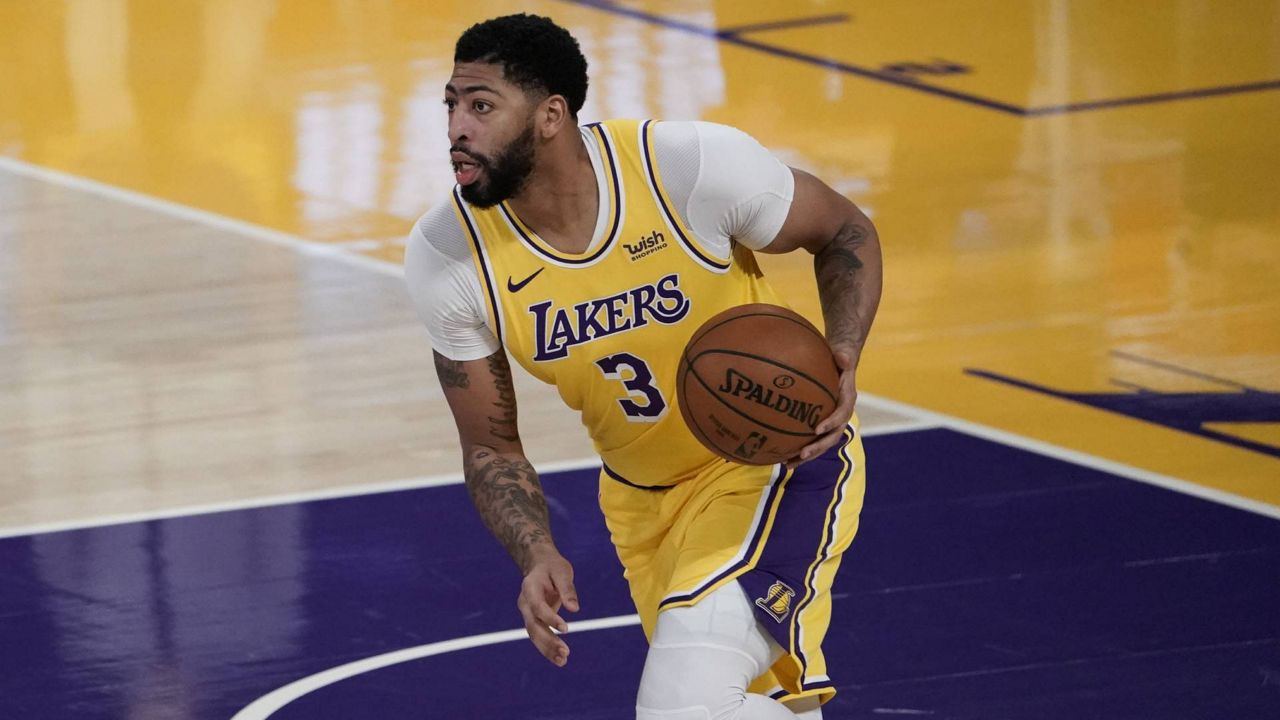 Los Angeles Lakers forward Anthony Davis had two words to say following an alley-oop to put away the Phoenix Suns: “I’m Back”. And to be quite honest, Davis really is “back”. Since coming back from injury, Davis looked like a shell of himself. However, that was expected due to the fact that he missed 30 games prior to returning. For NBA players it takes awhile for them to get back in rhythm and to produce how they would prior to the injury. This is especially for a higher-caliber play like Davis, who is a constant mismatch for any defender.

These past two games, Anthony Davis is looking as healthy as he’s been since the 2020 season. Davis is averaging 39 points, 12 rebounds, five assists, two blocks and 1.5 steals, not to mention that he is ultra efficient shooting 50% from the field and 37.5% from the three.

Coming into the weekend, the Los Angeles Lakers were in a tough situation facing a possible play-in matchup. LeBron James already discussed his feelings towards the play-in scenario, saying whoever came up with the idea needs to be fired. After the Lakers lost a much needed win against the Portland Trailblazers on Friday, it looks more and more like they will participate in the play-in tournament. Unlike James, AD is not worried about the idea of it; instead he thinks it’s fun.

“It’s been fun, to be honest,” Davis said Sunday after the Phoenix win. “We were a great team last year, and this is the first time since I’ve been here that we ran into a challenge. This is a different challenge for us.”

If this season has been anything, it’s been a challenge for sure. Coming into the year, the Lakers had the shortest offseason in NBA history, only 71 days following their 17th championship. That is a tough turn around for any team especially when playing hobbled in the NBA Finals.

The Lakers also came into the season with a new nucleus around James and Davis, adding Dennis Schröder, Marc Gasol, Montrezl Harrel and others. In addition, the amount of time players missed due to injury/covid health and safety protocols hurt the Lakers tremendously. Schröder missed games throughout the year due to covid health and safety protocols ailing the Lakers of another ball handler and someone to initiate the offense. However, the most notable injuries were to both Anthony Davis and LeBron James which took a toll on the Lakers record wise but brought the team together in the process.

Los Angeles are currently in the 7th spot in the Western Conference standings trailing the Blazers by one game. The next two home games for the Lakers are against the New York Knicks and the Houston Rockets. Following that, the Lakers finish the season on the road against the Indiana Pacers and the New Orleans Pelicans.

Should the Lakers go 4-0 and the Blazers split their final four games (Houston, Utah, Phoenix and Denver), L.A. will take the 6th seed and avoid a play-in scenario.

Davis told media members that the Lakers are confident in whoever they play against in the playoffs. This is especially true because the Lakers have the number one rated defense. Keep in mind they have a high octane offense when they push the ball in transition. Their best offense comes from the defensive end as they are constant hustlers and play with the utmost effort. Whether it be diving for loose balls or making adjustments and talking amongst each other on defense.

“I mean, we know that we’re confident against anybody we match up against, especially when we were fully healthy. That’s our mindset,” Davis said. “Other teams, you’ve got to prepare for just because we’re fifth, sixth, seventh, eighth, whatever we are, we’re going to come out and fight. And I think teams know that… They know that just because we’re a lower seed we’re not going to back down from anybody, we’re going to come out and play Lakers basketball, and I think teams know that and feel that as well.”

No matter where the Lakers fall for the postseason, they are a team that nobody wants to face. If history has taught the NBA world anything, it’s to never bet against a LeBron James led team.

The Grizzlies Are Getting Playoff Ready–But is That a Good Thing?
Harden On Pace To Return This Week