The Lakers Journey To The Mountain Top 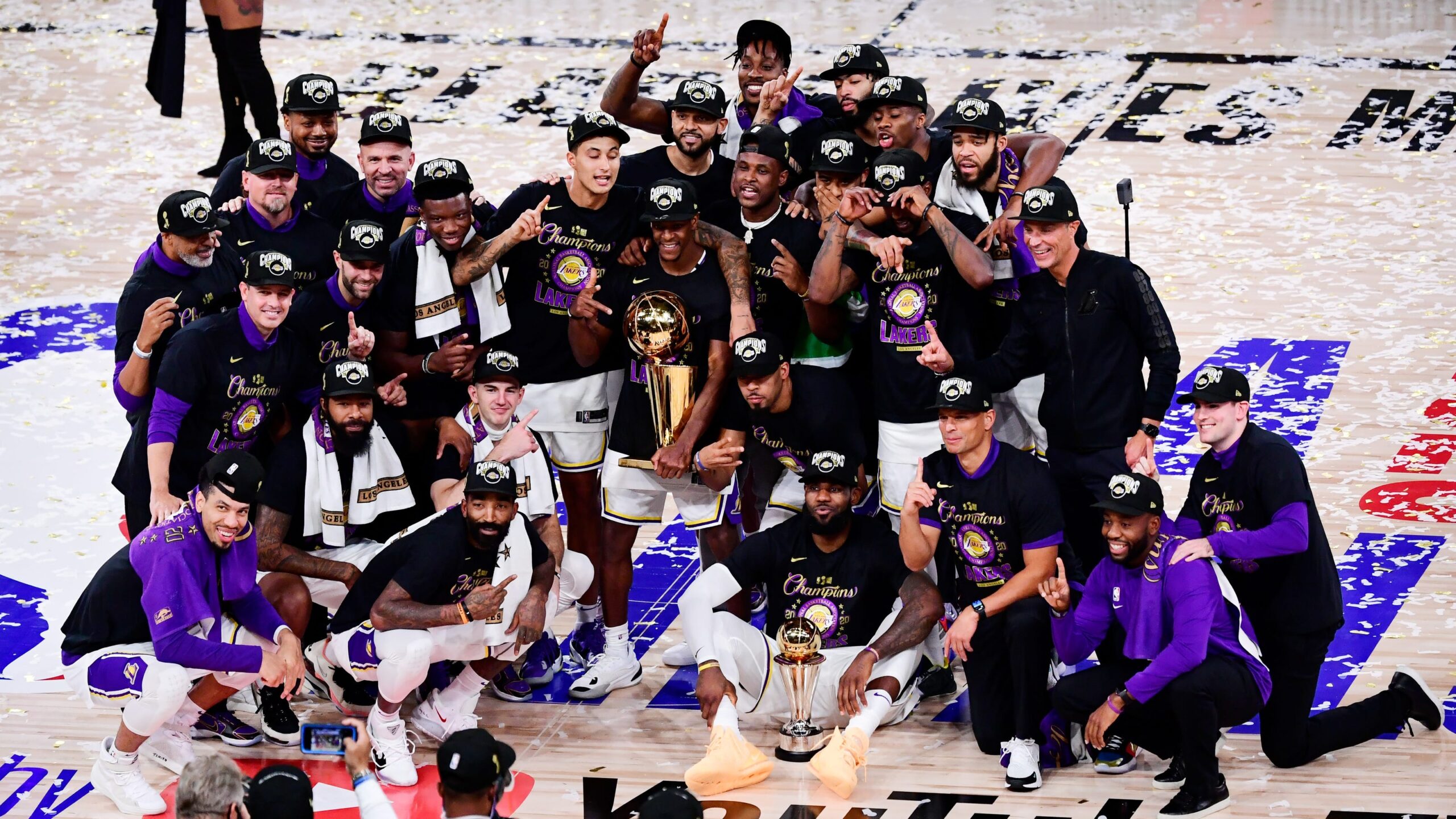 The Los Angeles Lakers captured their 17th championship tonight after defeating the Miami Heat 106-93. Tying their rivals, the Boston Celtics, for most titles in NBA history.

Out of all the championships that the Lakers have won, this particular title can possibly have the most meaning to it. And yes every championship does have meaning to it, but this season was difficult for the Lakers on a mental aspect rather than physical.

More Than A Team… Family

Throughout the season, the Lakers showed that they were the top dogs of the league. Thanks to the dynamic duo of LeBron James and Anthony Davis. As well as the supporting cast of Kentavious Caldwell-Pope, Alex Caruso, Rajon Rondo, Dwight Howard and the others. The Lakers were a team that had bonded as soon as the team assembled. And it’s been evident the entire season that they were a ‘family’.

And just like in any family, they are always there when needed. Rushing to a fallen teammate to help them up, supporting whoever is on the floor, or giving the advice on what they see is happening. But nothing would bring this family closer together than when Lakers legend Kobe Bryant and his daughter tragically passed.

When tough times hit that is when a family comes together the most. The passing of the legend brought this team closer than anything ever could.

There was already the pressure to win the title with LeBron James being the leader of this team, but they also needed to win in order to honor the Black Mamba. Bringing joy and sunshine to the clouded city of Los Angeles who had lost one of their own.

The season had ended with a couples of weeks until the postseason due to the Coronavirus. There was no clear evidence that the league would restart. Would the Lakers not be able to complete the task at hand? To win the NBA title for the city of Los Angeles and for Kobe Bryant.

After months of wondering, LeBron James and Anthony Davis, as well as others, would continue to workout. Not taking days off, that incase the season were to resume, they would be ready and not miss a beat.

And came the bubble. LeBron James and the Lakers would have a rough start as they needed to get their rhythm back. Of course, there would be rust after not playing for months. But people began to question if they were the same team. If they could even make it to the conference finals.

Not to mention the difficulty each player faced when being away from their families. In his postgame interview LeBron James described his bubble experience saying, “There were times I was questioning myself if I should be here. Is this worth scarfing my family?” Also thanking Steve Jobs for the invention of FaceTime calls.

Then came along the tragic death of George Floyd. An African American man who was killed by Minnesota police officers. Players decided to not play in order to make a statement on social injustice. With the league in jeopardy, agreements were made in order to keep players happy in order to continue playing.

What’s On The Line

As we summarize what is on the line for LeBron James and the rest of the team, there’s a heavy order.

And in spite of each of these obstacles/tasks the Lakers still prevailed. The bubble proved truly who the best team in the league is. Flying through their way in the western conference and defeating Portland, Houston, and Denver all in five games each. Before meeting their most difficult match up, the Miami Heat.

All the praise being given to Jimmy Butler and the Miami Heat is well deserved. They were the only team to push the Lakers to six games. Giving the Lakers a small scare of would could happen. Not to mention that they were battling injuries. But as everyone suspected two superstars will come out on top a majority of the time. And that was the case during these finals.

Though they did not have the most talent surrounding their superstars, everyone played for each other and played for the bigger picture. Capturing that Larry O’Brien trophy. In the final words of Lakers, “The Job’s Finished”.

Gordon Hayward’s Unexpected Impact
What’s Next For the Lakers? Here’s What The Future Looks Like