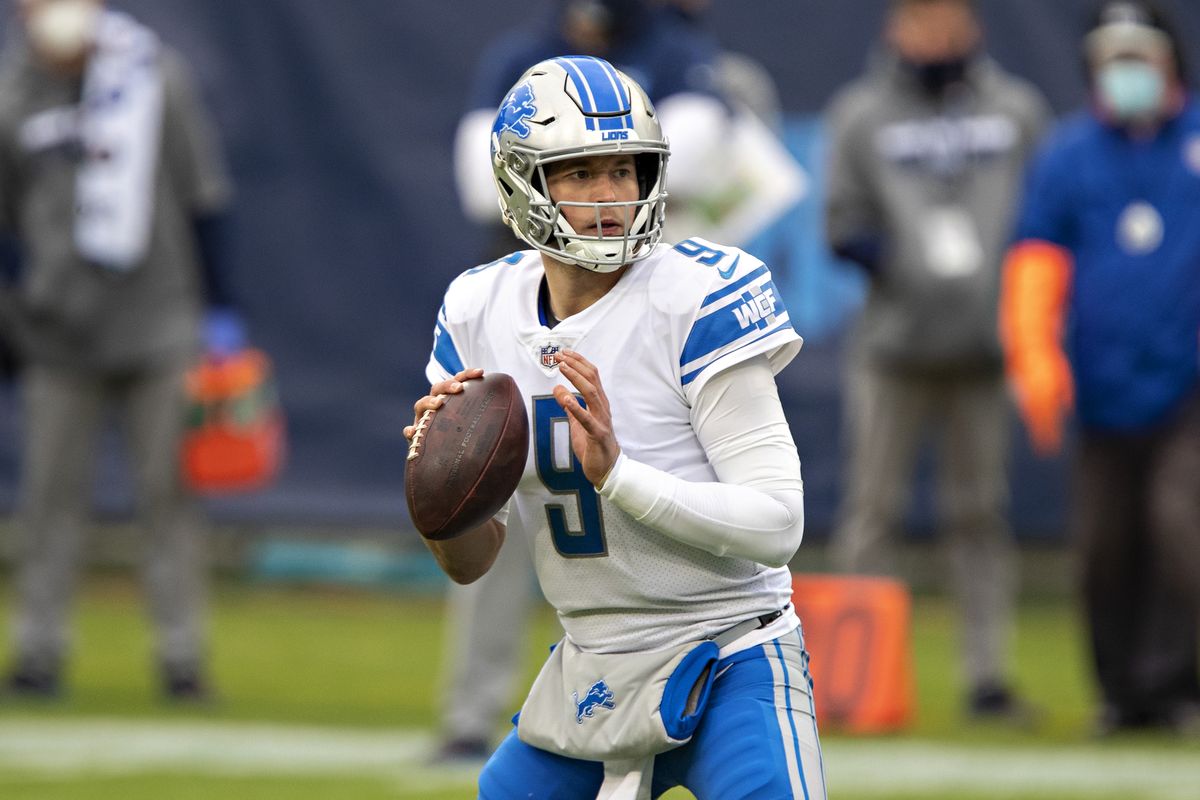 Well the first domino has fallen. It’s shaping up to be another season full of QB drama, and the first move has been felt. Matthew Stafford, the long time Detroit Lion has found his new home. The Los Angeles Rams traded for the 32 year old QB, giving up two first rounders (2022 and 2023), a third rounder and what was once their franchise QB, Jared Goff.

It was only two years ago that Goff was a bright young star and the Rams were in the Super Bowl. Goff was coming off a brilliant season, but was somewhat exposed in the Super Bowl. Was it simply Sean McVay working through Goff? The Rams didn’t seem to think so, and signed him to a contract worthy of a franchise QB. They signed him for four years and 134 million.

The Rams are also one of the more complete teams in the league. PFF graded their offensive line fourth best, their defensive line third best and awarded them the best secondary. They have two capable receivers in Robert Woods and Cooper Kupp. Cam Akers was a beast in the playoffs, giving them a run game as well. They are ready to win a championship, and one could easily say they are a top ten QB away from Super Bowl favorite status.  But is Matthew Stafford the man to take them to the top?

Is it an Upgrade?

Stafford seems to have peaked early in his career. No one forgets his magnificent 2011 where he threw for over 5000 yards and 41 touchdowns. The problem is that was ten years ago and he hasn’t come close to a season like that since. It was Stafford’s only year in the top five in passer rating. He had two more seasons in the top ten, but he’s also had three seasons where he languished in the twenties, pretty much the same as Goff.

Interestingly, since Goff became the starter in 2017 he’s beaten Stafford in passer rating, QBR and ANY/A (adjusted net yards per pass attempt, which is considered one of the best ways to judge QB performance) two out of the three years where they both played a full slate of games. But if you count Stafford’s 2019 where he looked like possibly the best quarterback in the league in his half season of work, Stafford has beaten Goff in the past two years.

So it’s hard to say how much better Stafford makes them. But there are some reasons besides just performance that Stafford was the right move for the Rams. Stafford also costs significantly less than Goff, 25 million for Goff next season versus just nine and half million for Stafford. While Stafford is older, Stafford has been the better quarterback recently, while Goff was better in 2017 and 2018. 32 is also not terribly old for a quarterback in this day and age. Secondly, if they were dead set on upgrading at quarterback, Stafford presents their only real option. Deshuan Watson most likely isn’t in their price range, they don’t have the top assets the Texans will be looking for. The other quarterbacks like Carson Wentz, one of the Bear’s QBs, Cam Newton and others aren’t clearly better than Goff, so there’s no reason to trade for them.

If the Rams truly believe Goff isn’t the guy, there’s no reason for the Rams to try and keep a sinking ship afloat. Stafford has been the better quarterback recently, he’s cheaper and there weren’t any other realistic options. The Rams have a window open right now where they are one of the best teams in the league. I’m not sure Stafford is that much better than Goff. But he isn’t worse, and has more seasons at least above average, while Goff has either been great or bad. If they just need average or better, Stafford gives them a better chance. If they intend to be Super Bowl winners then a few late firsts also don’t matter too much. The Ram’s are taking a risk. But it’s really not that dangerous.

There’s A Coaching Problem In Athens, Georgia: A Five Part Series – 2020 & Fall To Mediocrity
Super Bowl LV Will Culminate With The Official Passing of the Torch