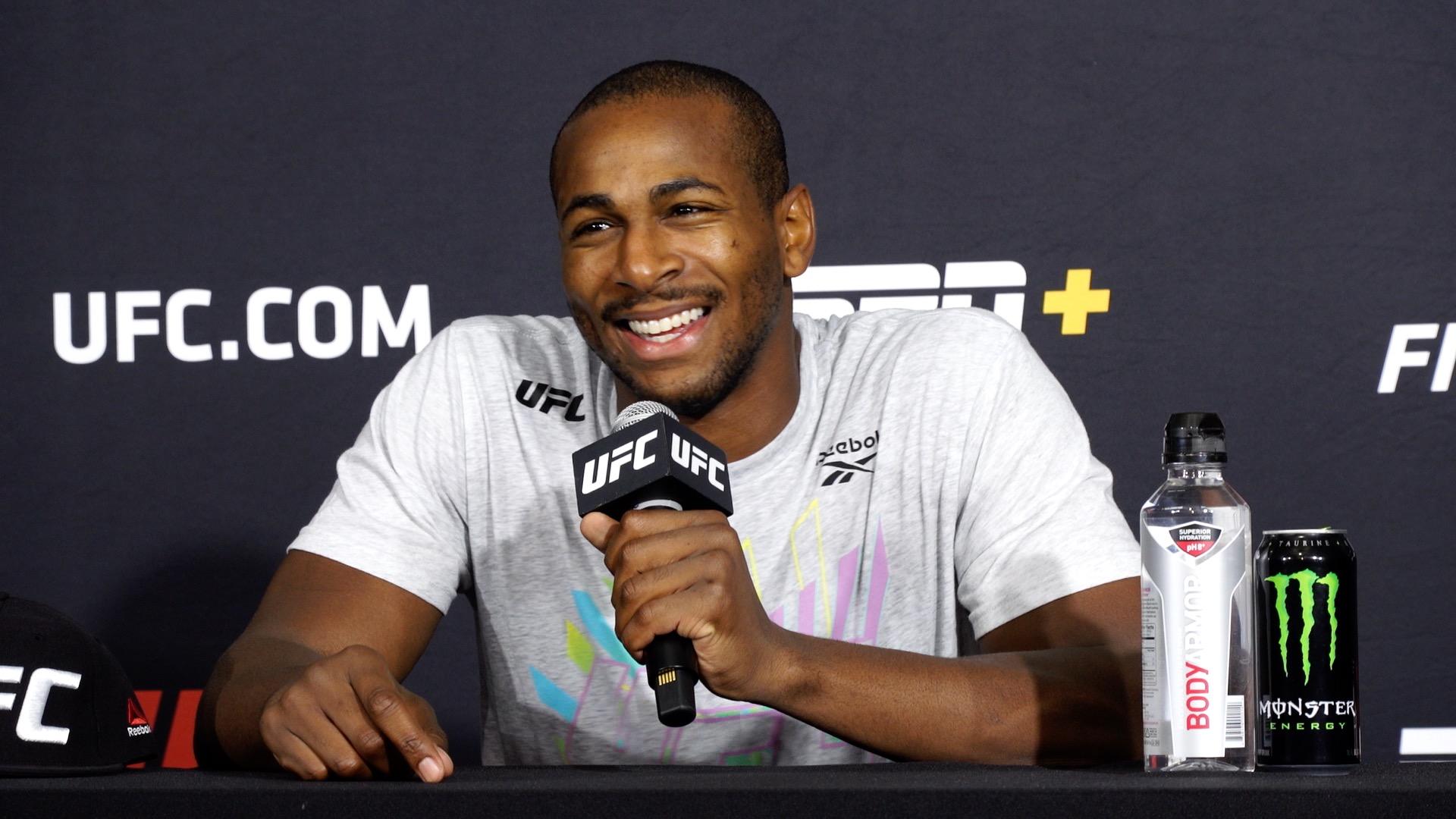 Last week it was announced that UFC light heavyweight Mike Rodriguez will be returning to face Danilo Marques on Feb. 6th. ‘Slow’ Mike is anxious to get back in the octagon, but he’s enjoying the entire journey.

“I’m really looking forward to getting back in there…you know I love competing and I love fighting,” Rodriguez explained. “One thing I realized I love a lot, with the more experience I get, I actually love camps. I actually enjoy fight-camp.”

The Massachusetts native detailed a specific aspect of fight-camp that he savors.

“I like it because of the strategic aspect of it,” Rodriguez said. “I’m a super-geek, like a f*cking huge geek, like I play Yu-Gi-Oh!, Magic (The Gathering), and sh*t… I love strategy stuff. So figuring out the strategy of how to out-smart my opponent is interesting and cool to me.”

As one who played Yu-Gi-Oh! growing up and one who plays strategy video/board games to this day, I definitely see how Rodriguez finds enjoyment in planning for his opponents. It must be even more gratifying to act out said plans to win a fight.

Rodriguez has already taken a brief look into Danilo Marques’s background. He was kind enough to share a few of his early thoughts with me.

“I have to watch a little more,” he said, “but I know he’s good on the ground. He’s a good Jiu-Jitsu guy, and I think he’s one of Shogun’s (Rua) training partners. It’s gonna be interesting. It’ll be a fun fight.”

The Lauzon MMA affiliate was correct; Marques trains in Brazil with Shogun Rua as well as Damian Maia. I agree with Rodriguez that this will be a fun fight, due to the contrast in styles. Expect ‘Slow’ Mike to be prepared to combat the grappling of Marques. He intentionally took some time off after the Ed Herman fight to focus on training.

“That was the plan,” Rodriguez confirmed. “I wanted to take some time off, work on a bunch of little things, and sh*t like that.”

2020 has been a crazy year for just about everybody; including Mike Rodriguez. However, all in all, he considers it a success.

“I obviously can’t speak for the rest of the world,” he preluded, “but I like my 2020, it’s been pretty good. It’s just been busy, inside and outside of the cage.”

Inside the octagon, Rodriguez fared quite well. First, he stops Marcin Prachnio with blistering elbows in August. Then, he dominates a hardened veteran in Ed Herman and even stops him. Or so we thought. I asked Rodriguez if he had any updates on the appeal made by his team challenging the ruling.

“It’s still in process. They’re still working on that whole thing, there’s nothing on it yet. I moved on from it. After you lose you get that sensation of defeat; I didn’t get that. I feel like I won that fight. It was an experience, and I kind of went down in history for that — they like changed the rules after that.”

Rodriguez deserves a ton of respect for the way he handled that entire situation. Some guys would’ve really freaked out and wouldn’t be able to let it go, but he’s been very mature about it. Still, hopefully it at least gets changed to a no contest, rather than a loss.

It sounds liked we are going to see the best Mike Rodriguez we have ever seen when he takes the stage in February. A healthy and prepared ‘Slow’ Mike is going to be very difficult to beat.

Free Agency Has Been A Rollercoaster, But Not For Brooklyn
Aroldis Chapman Suspended for Two Games