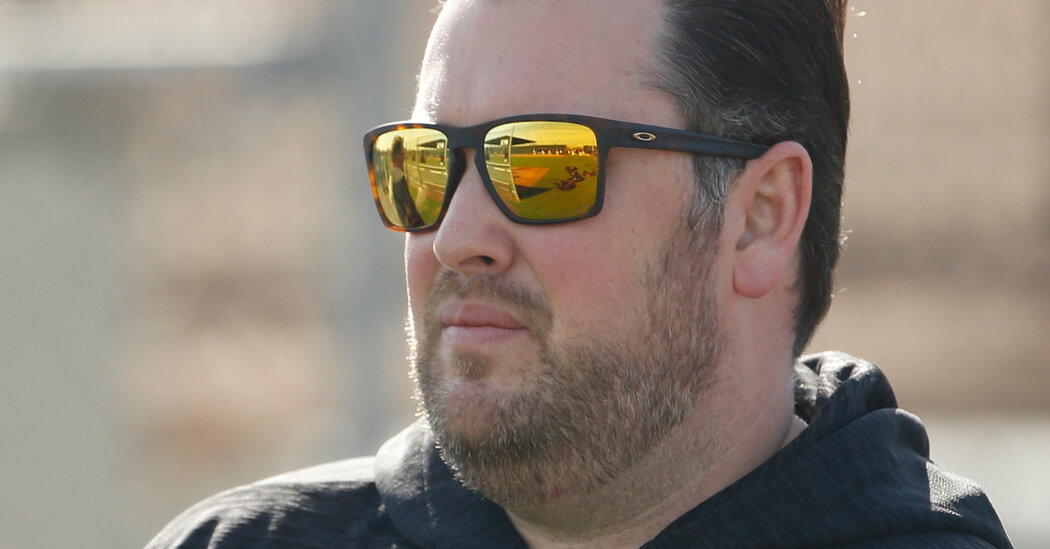 January has been plagued with lawsuits and scandals for Major League Baseball. These scandals negatively impact the baseball world during a time of financial concern. From the New York Mets’ General Manager sending nude photographs, to Brian Harkin’s lawsuit against the Los Angeles Angels, it’s becoming difficult to keep up with all the drama! For the convenience of baseball fans everywhere, Back Sports Page will be breaking down this month’s top scandals and lawsuits.

Former Angels’ employee Brian Harkins was fired from the team this March, for providing a substance to pitchers to doctor baseballs. “Bubba” used a mix of rosin and pine tar on the baseballs to help them increase their grip. This month, Brian submitted evidence that players were requesting this “Go Go Juice.” These players included Gerrit Cole, Justin Verlander, Max Scherzer, Felix Hernandez, Corey Kluber, and many others. Gerrit Cole personally texted Harkins in the past, asking him for this special mixture.

“Hey Bubba, it’s Gerrit Cole,” the text message shows. “I was wondering if you could help me out with this stick situation (winky face emoji).”

Many baseball fans don’t see a problem with what Brian did at all. After all, he was just helping the pitchers out with grip. Pine tar was used by hitters all the time, so what’s the big deal? The issue with helping pitchers increase grip is that spin rate will also increase. Tom Verducci, from Sports Illustrated, broke down this issue in May of 2018.

“Pitching labs have since figured out there is a way to improve spin rate: load up pine tar or a similar sticky substance on your fingers. With more tackiness, you can create more spin.”

Creating more spin leads to velocity increases, and increased pitch movement. This means more strikeouts, and is an unfair advantage to the pitcher.

During the end of August, Harkins filed a lawsuit against the MLB, and the Los Angeles Angels. He believes the Angels are trying to use him as a public scapegoat. The Angels’ bench coach Mike Gallego agrees with Bubba.

“I’m sorry this game is using you as a scapegoat,” he texted Harkins.

This lawsuit is still playing out, so only time will tell if Bubba wins.

The next team on our list is the New York Mets. Jared Porter, their now former General Manager, was found sending x-rated images to a female reporter. This incident occurred in 2016, while he worked in the Chicago Cubs’ front office. Porter spammed her cellphone with messages and images, including an image of his genitalia. A recent ESPN report surfaced this information, and Porter was fired within 12 hours! This was confirmed by the Mets’ president Sandy Alderson.

The Mets wasted no time addressing this scandal. Their owner, Steve Cohen, also addressed this situation via Twitter.

Though not as attention grabbing as unwanted nude photographs and cheating scandals, the Houston Astros are currently the subject of a $15 million lawsuit that’s been filed by the Tri-City ValleyCats. The Astros recently severed ties with the minor league team.

The ValleyCats play in the New York-Penn league, and have been with the MLB for a long time. Bill Gladstone purchased the team in 1992. Back then they were called the Pittsfield Mets, and were based out of Massachusetts. In 2002 the team moved to Troy New York, taking on their current name. They have won three New York-Penn league championships since.

The ValleyCats filed a 33-page complaint, claiming Major League Baseball is using bullying tactics to put minor league operations against one other. In 2020, there was no minor league baseball. Teams had to make tough decisions, leading to 43 franchises being terminated. Though the ValleyCats are trying to fight back, they are just one of those unfortunate teams. At the end of the day it comes down to finances, business isn’t personal.

Trust The Rebuild
Watch Out NBA, In Just Four Games Brooklyn’s Big Three Has Arrived In a Big Way