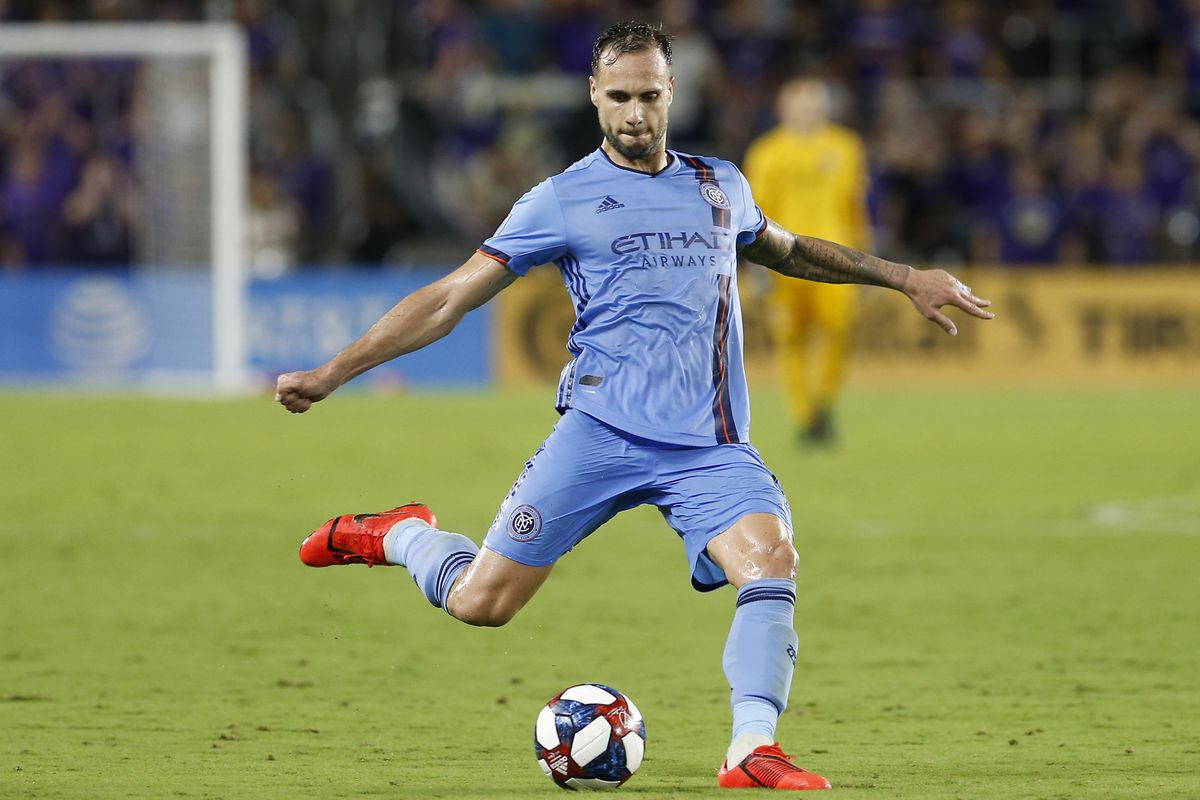 New York City F.C came into this game desperate for a win after a hard loss in Philadelphia last Sunday. Cincinnati, who are coming off a win against Orlando, sit 7th in the eastern conference and are looking to work their way up the table.

Cincinnati went on the board first in the 15th minute with a goal from Luciano Acosta. After VAR disallowed Cincinnati’s second goal, New York’s Maxime Chanot picked up a leg injury forcing him to exit the game. Cincinnati got their goal back in the 24th minute by Brenner. A third goal followed in the 30th minute by Brenner again to give them a 3-0 lead.

It was looking like a blowout for the boys in blue until a penalty was awarded to New York. Maxi Morales took the penalty, but Cincinnati’s Roman Celentano made a huge save to keep the clean sheet. That did not stop them as Talles Magno put New York on the board in the 45th minute. With 6 minutes of added time due to injury, New York were able to put to 2 more goals from Heber and finished the half tied 3-3.

New York ended up taking the lead in the 52th minute with an upper 90 shot by Gabriel Pereira. Cincinnati was not leaving without aa fight. Brenner scored in the 70th minute to give him a hat trick and tie the game. After a disallowed goal by VAR from Cincinnati in the 94th minute, the game ended with a 4-4 draw.

New York’s hard fight to come back from the 3-0 deficit shows that the fight in this team is still there. After two hard loses to rivals Philadelphia and Red Bulls, this game is the right step in the team’s direction, but more improvement is needed from the team.

Cincinnati have been playing much better of late and did show that they are a great team. However, they will need to improve on keeping leads to games.  Brenner had a fantastic night with a hat trick. If he keeps this form, good things will happen to Cincinnati that will see them move up in the standings.

New York will return to Yankee Stadium where they will face Atlanta United on Sunday. Cincinnati FC head to Foxborough to face the New England Revolution on Sunday night.

Upcoming Transfers In MLS
Carlos Vela leads LAFC To Victory And Top Of The West!