Possible Changes on the Horizon for the NBA 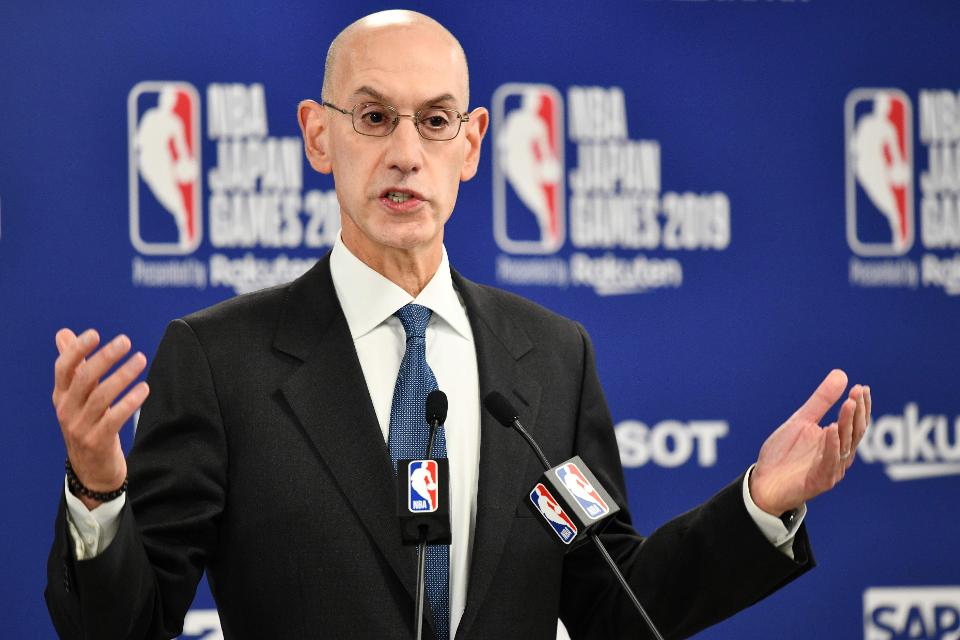 Look out NBA fans, your father’s NBA may soon cease to exist. The NBA has sent a proposal to teams calling for the following: 78-game regular season, an in-season tournament for all teams — $1M potential prize per player —, a play in for the 7th and 8th seed in each conference, and reseeding of the playoffs when the field is cut to the final four clubs. Note that this change, if passed, could result in a West vs West — or East vs East — matchup in the NBA Finals.

NBA commissioner Adam Silver is known for being innovative. Last season he changed the format for the draft that rendered tanking an unreliable strategy to get high draft picks. Sorry Knick fans, who were rooting for their team to lose in hopes of getting Zion Williamson, but Silver’s changes to the draft worked and it will make the NBA more competitive in the future.

It is clear that Silver is willing to make changes to improve the game, but the burning question that fans want answered is: Why is the NBA trying to reinvent the wheel? As far as Silver is concerned, the fans have spoken and the verdict is out. Load management sucks.

The NBA is currently facing a drop in ratings and overall disinterest that surrounds the league. Load Management has really taken a toll on fans being interested in the regular season. If winning teams are resting their star players, it sends the message that the regular season does not matter. If these games don’t matter, then you can’t blame fans for finding other options to keep their attention. Especially with the increase in ticket prices across the league.

The NBA commissioned a study through a third-party company earlier this year. It showed that 60% of NBA fans want a shorter regular season, that 68% of fans said they are interested in an in-season tournament and 75% were interested in a play-in tournament to decide the playoff field. Also the study found that fans liked the idea of reseeding the final four playoff teams — even though that would open the door to the potential of the NBA Finals going on between two teams from the same conference.

Some fans express the fact that Michael Jordan, Larry Bird, “Magic” Johnson, and other NBA greats played the 82-game season and made it meaningful. While this is true, reducing the amount of games played in the regular season could prove to be the most beneficial tactic to combat load management. Specifically getting rid of the back to back will alleviate a lot of the stress that load management causes.

“As somebody that played in the league,” Jalen Rose added on Get Up, “I remember when we played four games in five nights. We were required to practice after games. The burn was a lot more heavy.”

Silver’s main goal is to make the regular season matter to the players and teams. This is his reasoning for adding in-season tournaments and implementing playoff format changes. Would fans even care if a team won the “Fall Cup” because they had a better record in the month of November than any other team? Would stars risk injury for an extra $1M? The playoff format changes on the other hand could at the very least keep things interesting. The Major League Baseball experimented with adding an extra wildcard spot for both conferences and it boosted their ratings. The ratings might be boosted for the NBA, but it will not increase the competitiveness throughout the league. Teams would only have to be a top ten team to have a chance to make the playoffs instead of a top eight team. If the seven through ten seeds have to fight for a playoff spot anyway, teams might rest their players for that instead of pushing hard to make the playoffs during the regular season.

Changes for the NBA are rapidly approaching, largely because just wishing that the players and their teams take things seriously won’t work.  What are your thoughts on this proposal? How do you think the NBA can accomplish their goal of making the regular season competitive? Drop your thoughts in the comments section below!

Could Jaylen Brown be the Most Improved Player?
Utah Jazz trade Dante Exum and two second-round picks for Jordan Clarkson