RECONSTRUCTED: A Preview of the 2020-21 Houston Rockets 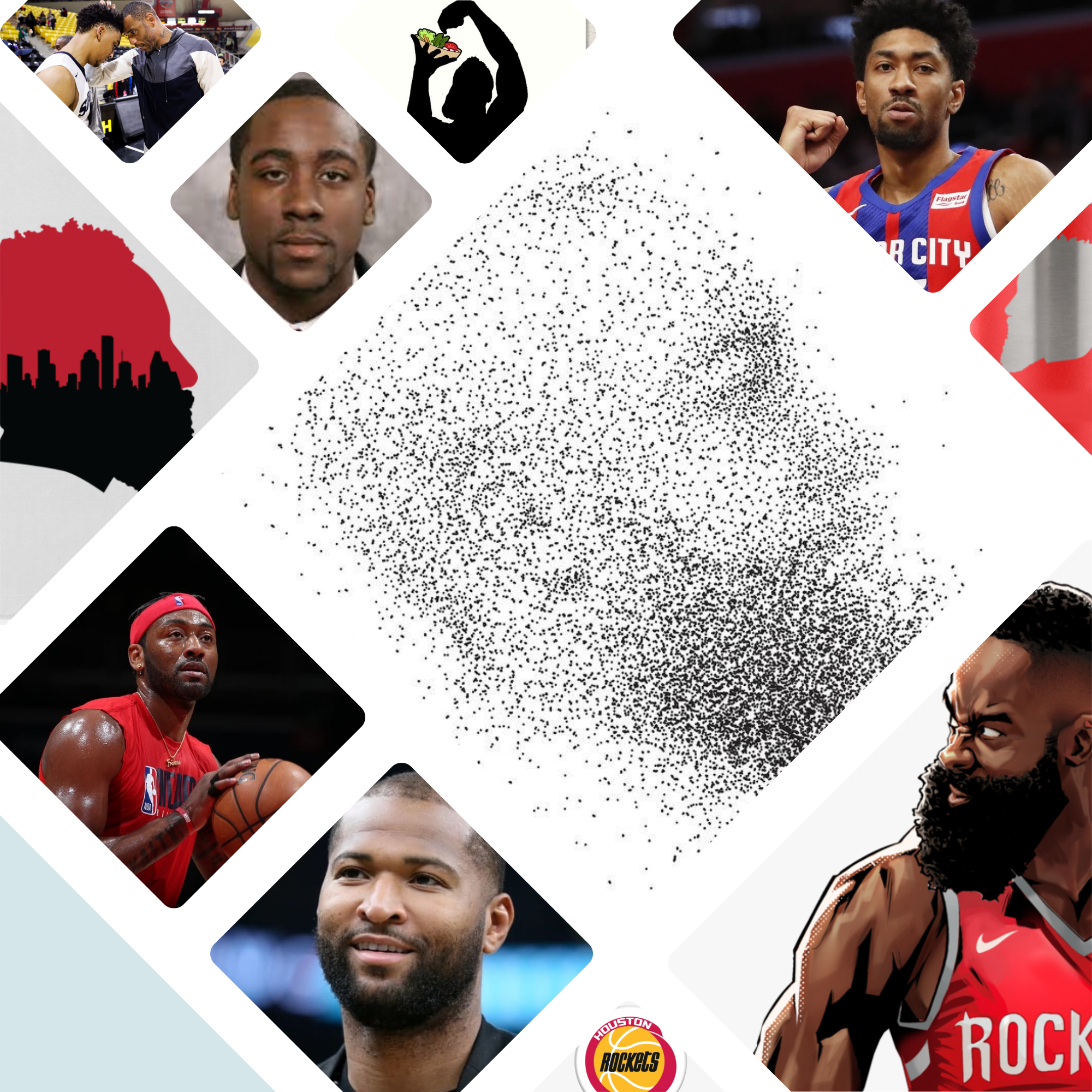 Will James Harden get the help he needs from his third backcourt mate in three years (John Wall), Christian Wood, DeMarre Carroll, and DeMarcus Cousins? Time will tell. But he himself has to show up first ...

It’s a cliche. Hackneyed. Used a zillion times over.

But it’s no less true than the day it was originally said by Jim Lovell aboard the troubled Apollo 13 spaceflight:

Not only has there not been a James Harden sighting in the first day(s) of workouts, but he may not recognize the team he may or may not be coming back to.

KEY TAKEAWAYS FROM 2019-20: To call a fourth place finish in the Western Conference a disappointment may sound oxymoronic. After all, in a non-COVID world, that’s home court advantage, at least in the first round. But the .611 Rockets finished in a three-way tie with the Oklahoma City Thunder and the Utah Jazz, and only garnered the fourth position due to certain wins against those teams. After all, they lost their last three to end the season and fell into the fourth seed, as the Jazz battled uphill to win their last and Houston simply got lucky that the Thunder lost their last game of the season. Not that it mattered in Orlando, where there was no home court or home crowd, or that it was going to matter as Mike D’Antoni has yet to win that elusive title playing breakneck small ball.

GRADING THE COACH:  With D’Antoni having played lame duck as a coach with no contract, the Rockets are hoping that new (and young) head coach Stephen Silas’ basketball pedigree is not a farr drop from that of his legendary father, Paul Silas. He’s bounced around the league as an assistant with Charlotte (twice), New Orleans, Cleveland, Washington, Golden State, and Dallas, averaging just under two years a stop before getting four in at Golden State and eight in Big D. He will be tested in every facet with the ragamuffin bunch, and is already having to cover for his star player not showing up, claiming “there’s no timetable.” Sure, there is Coach … last I checked, the abbreviated season begins December 22nd.

GRADING THE DRAFT:  Getting Kenyon Martin, Jr. (16.7 points and 9.8 rebounds at Sierra Canyon in California, 20 points per game for IMG Academy in Bradenton, Florida) almost seems like a steal, even with the 52nd pick of the draft on a pick that was traded to Sacramento, made, and dealt right back to Houston. And talk about hoping the apple doesn’t fall from the tree … While there may not be as much pressure for a No. 52 pick to perform at the same level as his No. 1 pick daddy, Coach Silas has to live up to his pops, who had four winning seasons (in Charlotte) out of 12 overall. Both Martin and Silas have a long way to go.

GRADING FREE AGENCY:  Though John Wall landed via trade (with Russell Westbrook heading to Washington), he is reunited with college teammate DeMarcus Cousins (inactive in 2019-20, but bringing a career .461 percentage and double digit rebounding). Also coming aboard is Jerian Grant (a journeyman who has barely spent more than two seasons with any team – .411 and 6.1 ppg), DeMarre Carroll (back and sticking around after nine games in the bubble last season), and Sterling Brown comes over from the Milwaukee Bucks (5.2 ppg and .417 shooting). Christian Wood showed signs of life in New Orleans and Detroit (15.0 ppg between the two, and .550 shooting), and brings that enthusiasm to Houston, and former Brooklyn Net David Nwaba (.521 and Sterling Brown’s ppg).

(Did Houston get Nwaba for D’Antoni? LOL)

STRENGTHS:  … is strength. There’s likely no doubt that small ball is a thing of the past. No way in hell is Cousins running seven seconds or less off a torn ACL. And with the beef that Cousins, Wood, and Tyson Chandler bring, there are plenty of guys to catch the caroms from the nights that Harden shoots .211 percent.

OPPORTUNITIES:  Cohesion. With Silas being a young (and by ‘young,’ I mean first-time) head coach, he will be tested … like now, with Harden not showing up. (I was in Oklahoma City when he did this to the Thunder, and Sam Presti didn’t blink, which is how Harden got to Houston). Wall may be the glue that holds this team together, especially when it comes to Cousins. Widely known as a head case, Cousins may find calm in being able to play alongside Wall again after 10 years (nine playing, both out last season).

PREDICTED FINISH (DIVISION/CONFERENCE):  I doubt the Rockets see 61 percent again this season. Too much change and quite a number of adjustments just to try and get everyone on the same page, never mind injuries, egos, and number of touches. I’ll give the Rockets a 41-31 mark … and that’s being generous, assuming we see the same lineup as we see on their website tonight.

No Irving Media Availability, No Problem?
The Memphis Grizzlies are Ready to Embrace Their Youth Movement